Are United building something and beginning to lift their season? 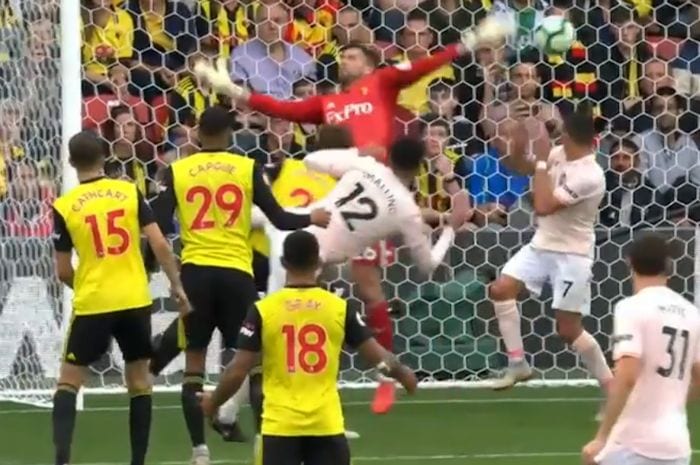 This season I’ve been badmouthing United. I’ve complained about the players lacking passion, given Mourinho plenty of stick and laid into Paul Pogba.

After Saturday’s performance, I can do away with all of those complaints and really start to focus on some positives.

Let’s start with Mourinho. This is the type of game he loves. One he’s going into under a bit of pressure, against a side that’s started the season well and begun to generate a bit of hype. And facing off with a team that likes a scrap.

He loves nothing more than bringing them back down to earth and playing them at their own game – just better. Watford are solid, big, strong and aggressive, and epitomised by Troy Deeney. Jose simply made sure his United team were stronger, more aggressive and more decisive when the need arose. This was epitomised by Romelu Lukaku and Marouane Fellaini.

He also got his team selection spot on.

Fellaini as the deepest midfielder stopped the supply line coming to Deeney, made United compact and gave Pogba the license to roam forward and affect the game. Fellaini also played a vital part in both of United’s goals.

He isn’t a United player in the free-wheeling, flair-playing mould but he has the strength, power, passion and positional awareness that’s demanded from this Mourinho team. He had an impact on the game in both boxes when it counted, which is a huge advantage in a game like this.

He was rightly voted man of the match.

Fellaini wasn’t the only one who put himself about and illustrated the tactical discipline for this tough encounter – remember Spurs lost away at Watford immediately after beating us.

Matic was fantastic, Lukaku was a beast, Smalling had a solid game, and Pogba showed us all that he can really make a difference when the team needs it.

The Frenchman was decisive in possession, kept things simple, and was disciplined without the ball. Perhaps the only criticism that could be levelled at him was that he should have put the game to bed with a left foot volley just before half-time.

If he had capitalised on the chance it would have topped off a marvellous display.

The frustration with Pogba is that he often struggles to follow up one good performance with another. All eyes will be on him in the Champions League on Wednesday night and then again at the weekend in what will be a tough battle without the suspended Matic against Wolves’ Portuguese midfield contingent.

If he and the team can put a string of performances together, it gives us something solid to build on and, hopefully, we can get the season up and running.

Jose may have been criticised in the media and in the upper echelons of the Old Trafford hierarchy, but this doesn’t seem to have extended to the players.

The team is together, and it looks like they’re playing for the manager. He also seems to be getting things right to let the players enjoy it.

Lukaku is playing facing the goal, Pogba’s strutting, Matic and Fellaini are scrapping, and De Gea is De Gea, always saving the team when they need it.

Whisper it quietly, it might not be so bad after all this season.