If there’s one thing Mancunians resent, it’s a sell-out. Whereas Lowry hung around, etching his working class roots into everything, Anthony Burgess, forever the rebel, abandoned the grimy industrial city for the more exotic Malaysia and Brunei, and later to Malta, Italy, America and finally to Monaco, where he is now buried – his home city never forgiven him for it.

“Even when he
was living abroad,
he wanted people
to know he was
a Mancunian”

The writer once said of Manchester: “As a piece of civic planning, or rather unplanning, I think it’s terrible.” Despite his ambiguous relationship with the place, he remained proud of his northern working class roots to the end.”

Manchester has never shown any great enthusiasm in celebrating its greatest writer. Surprising, considering how loudly we boast of our cultural and historical achievements. Compare and contrast Burgess with so many lesser figures who have have become cultural icons of Manchester.

Burgess, by contrast, has a small museum devoted to him – The International Anthony Burgess Foundation (opened in 2010) and a hardly noticeable blue commemorative plaque at Manchester University (unveiled in 2012) – which, incidentally, is the only British tribute to the author. As the writer himself said: “I’m ignored in England.”

“Manchester meant a good deal to Burgess,” says Andrew Biswell, professor of Modern Literature at MMU. “Even when he was living abroad, he wanted people to know he was a Mancunian, as it was so much at the heart of his identity.” 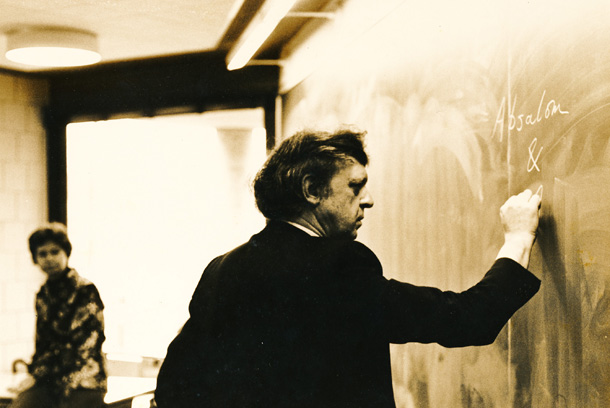 Forever the raconteur, Burgess claimed to have introduced the word ‘Mancuniense’ to the Italian language, and to have been kicked out of Whitworth Art Gallery, as a boy, for assaulting a modernist sculpture.

He was born in 1917 in Harpurhey, Manchester, were he was brought up by his piano playing father and stepmother who ran a pub, the Golden Eagle, in Miles Platting. He was educated at Xaverian College and the University of Manchester – leaving the city for good in 1940 after he graduated with a degree in English literature.

‘Manchester appears many times in his novels”, says Will Carr, deputy director of The International Anthony Burgess foundation.

“His autobiography Little Wilson And Big God (1987) paints a vivid portrait of the pre-war city, from the Catholic schools he attended in Moss Side and Victoria Park to his undergraduate studies at the University of Manchester and regular visits to the Church of the Holy Name, Manchester Central Library and the Free Trade Hall.”

His formative years in the city kindled a life-long love of literature, music, drama, and learning. It was a tough industrial city but it had a vibrant spirit and was home, Burgess later said, to the “best orchestra” (the Hallé), “best daily newspaper” (Manchester Guardian), “best pub” (Tommy Ducks), “best zoo” (Belle Vue) and the “best jokes”. 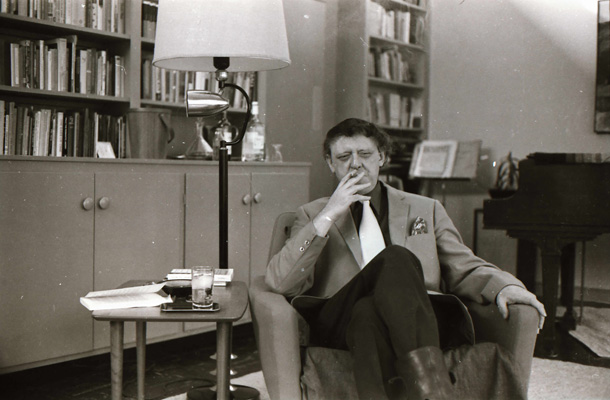 Best known for the darkly satirical A Clockwork Orange, (thanks to the controversial Kubrick film), which was based on the Moss Side street gangs he grew up with, he was pretty much a cultural factotum, dabbling in everything from art to classical compositions.

He was, as they say, ‘prolific’, writing 33 novels, 25 works of non-fiction, two volumes of autobiography, three symphonies and 250 other musical works.

“I shall die somewhere in the Mediterranean lands, with an inaccurate obituary in the Nice-Matin, unmourned, soon forgotten,” he wrote.

He actually died in London of lung cancer in 1993. His ashes were inurned in Monaco where he had lived for 17 years. On his memorial stone is an inscription which reads “Abba Abba”, meaning, “Father father” in Arabic, Aramaic and Hebrew. It is Burgess’ initials both forwards and backwards. As the Anthony Burgess centenary approaches in 2017, maybe it’s time for Manchester to pay tribute to this most proud, eccentric and creative Mancunian.

A new free exhibition Burgess on Screen at the International Anthony Burgess Foundations runs until the end of November. And a new tour Unlocking the Anthony Burgess archive opens on September 16th – places can be reserved at www.anthonyburgess.org