Championing new music from across Greater Manchester is the focus of a new scheme from Mayor Andy Burnham, launched yesterday on BBC Radio Manchester. 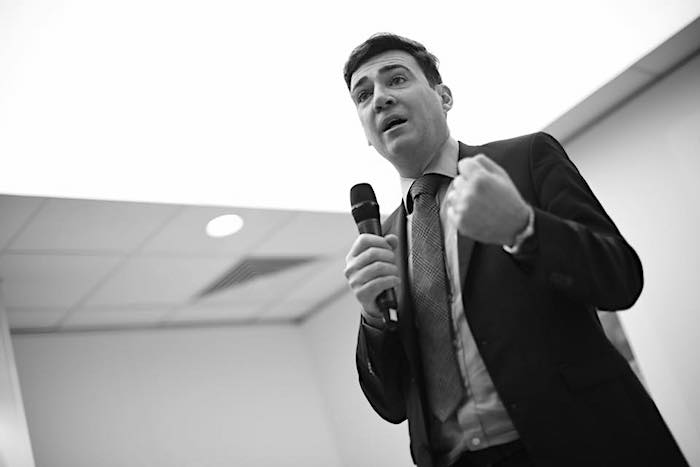 At the end of every month, during his weekly hot seat phone-in on the station, the Mayor will name his Artist of the Month and introduce a track from the act to close the show.

The Artist of the Month will be promoted across the Mayoral and BBC Radio Manchester social media channels, and will also get help to access new opportunities and upcoming festivals and live events.

This will include the unique chance to perform to fans at Co-op Live – the UK’s biggest indoor venue – in 2024.

New and emerging bands, groups, solo artists, and musicians from across Greater Manchester will be able to nominate themselves for the accolade.

Submissions will be reviewed by members of the Greater Manchester Music Commission, made up of musicians, promoters, venues, and industry leaders, with the Mayor making the final decision.

The feature is open to all new and emerging acts, and will have a strong focus on representing the full diversity of backgrounds and musical genres that make up Greater Manchester’s thriving scene.

“Everybody knows how rich our musical heritage is. But it didn’t happen by chance. Our city-region was lucky to have someone like Tony Wilson who relentlessly promoted our music and got it heard around the world.

“We need to learn from what Tony did and do the same again. There’s so much new Greater Manchester music out there right now that deserves to be heard. I want to give our emerging talent a platform but also make sure more established acts are getting the recognition they deserve. That’s what the Mayor’s Artist of the Month is all about.

“We want to put the spotlight on acts that are just starting out, groups who are looking to break through and get that first radio play – indeed, anyone who is making music in Greater Manchester and wants to take the next step on their journey.

“Our music industry has a massive role to play, both in terms of boosting the local economy and in telling the story of who we are as a city-region. That’s why we’re working hard with the Greater Manchester Music Commission to do all we can to support artists to get on and access new, potentially life-changing opportunities.”

BBC Radio Manchester has hosted the Mayor’s Hot Seat phone-in show since 2019. It began as a monthly feature, but became a weekly show in early 2020 to act as a regular forum for discussion during the COVID-19 pandemic.

Since then, the Mayor has made more than 100 appearances in the Hot Seat with Mike Sweeney and other guest hosts, answering questions directly from members of the public on topics including national and international politics, public transport, health, and housing. Each week, cases raised by callers are progressed by the Mayor’s office to help find resolutions to the issues people are facing.

Jay Taylor, Chair of the Greater Manchester Music Commission, said: “More than ever we need to emphasize the connection between arena artists and the grassroots music venues they started in.

“This is a great opportunity to highlight and support the amazing talent we have playing on any given night in intimate venues across Greater Manchester, and will encourage audiences to get out and about across the city-region to see our future arena stars in some of the most thrilling spaces in the UK.”

The Greater Manchester Music Commission was launched in December 2021 to champion music and arts throughout the city-region. It was originally the recommendation of a joint review carried out by UK Music and the GMCA, and was one of the commitments made by the Mayor in his 2021 manifesto.

Andy Burnham added: “The Hot Seat has been so important in helping me do my job.

“Every week it shines a spotlight on some of the issues that might not make the headlines but are really having an impact on people’s everyday lives. I’m really excited that now, together with BBC Radio Manchester, we can use it as a platform to champion new music in our city-region, and help up-and-coming artists in Greater Manchester to reach new audiences.”

For more information and the full entry criteria, visit www.greatermanchester-ca.gov.uk/artistofthemonth.