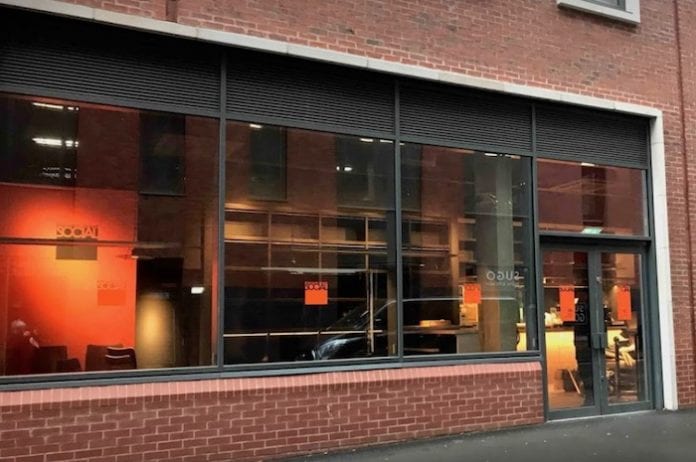 Ferments are all the rage right now and have been for some time. As is that “umami richness” you hear so much about nowadays.

Tine founders Josh Shanahan (The French / Where The Light Gets In) and James Lord (Manchester House / Wolf At The Door) know this well, but that’s not putting them off throwing their hats in the proverbial ring with new concept Tine.

It may have only just landed at Blossom Street Social for a short term kitchen residency, but Tine has already got local foodies salivating.

Casting conventional notions of British cuisine in a whole new light, the pair are using their own koji inoculation method to start ferments, cure and age meat and fish brines, misos and more.

Still, with no room for an oven and just one fridge, they have had to be really creative – designing everything to suit their current space.

Their menu uses a variety of ferments and liquid seasonings such as grilled kelp tamari, koji brine and barley wort to add new levels of complexity to the seasonal British produce they work with.

The day boat Ikejime sea bass sounds particularly special, arriving fresh from Devon and treated in such a way that gives it a real melt-in-the-mouth consistency.

Inspired by Scottish whisky-making and soy sauce making, Josh and James are also currently testing a whisky wort using barley and rye to be fermented with salt.

After fermentation, this will be cold-pressed and aged in an oloroso whisky cask.

Speaking about the new project, the pair said:

“As chefs in the UK, we want to reflect what history teaches us but also reflect and be inspired by our environment.

“Instead of the traditional teaching of salt and pepper, we’re using a more complex and multi-layered way of seasoning through our progressive British lens.”

With aspirations to open their own site in the future, watch this space – and for now get yourself down to Blossom Street Social to try their food. It comes highly recommended.