In recent years Ancoats has become one of the most sought after places to live, work and socialise in the city, and the council wants to continue the momentum of improvement throughout the entire neighbourhood.

Last month Manchester City Council approved a draft framework setting out proposals for how the Back of Ancoats (Poland Street and surrounding area) could be regenerated to match the success of redevelopment which has taken place at the ‘front’.

Currently typified by low-level industrial and commercial space, the draft framework for the Poland Street area sets out proposals to create high-quality public space and green areas around new housing and office space. 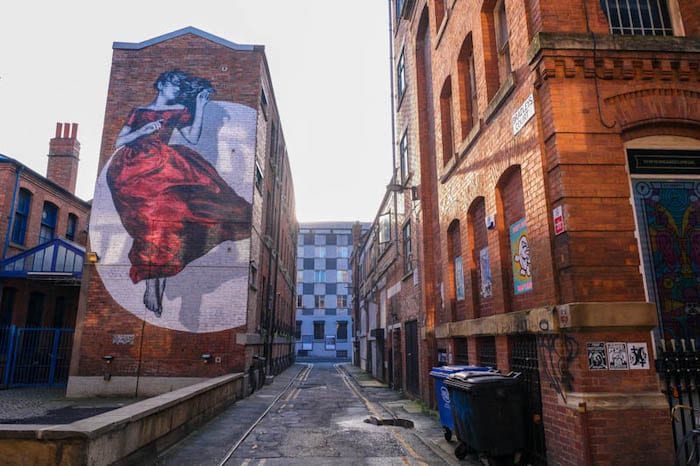 Space is also being identified in the wider Ancoats neighbourhood where a new generation of affordable homes can be built to create a new sustainable and eco-friendly community within a stone’s throw of the city centre.

The public will be asked to give their opinion on how the future of how the coolest city centre neighbourhood will be shaped.

Comments can be submitted online, which will go live at 9am on Wednesday 4 March and will run for six weeks

On Wednesday 4 March, a consultation will be launched for residents, businesses and landowners in the area to have their say on these plans in person.

“This next phase of regeneration gives us an opportunity to deliver affordable homes in a city centre setting, along with high quality public areas and green spaces to create neighbourhoods people want to live in.

“New housing in the city must also meet the sustainability challenge head-on if we are serious about meeting our zero-carbon ambitions by 2038, and these two development areas will set an example for future development in the city.

“This consultation [details below] is an important opportunity for people to have their say on the future of their neighbourhood, and I would encourage all residents to get involved.”

Customers buying House by Urban Splash homes in desirable New Islington can save up to £15,000