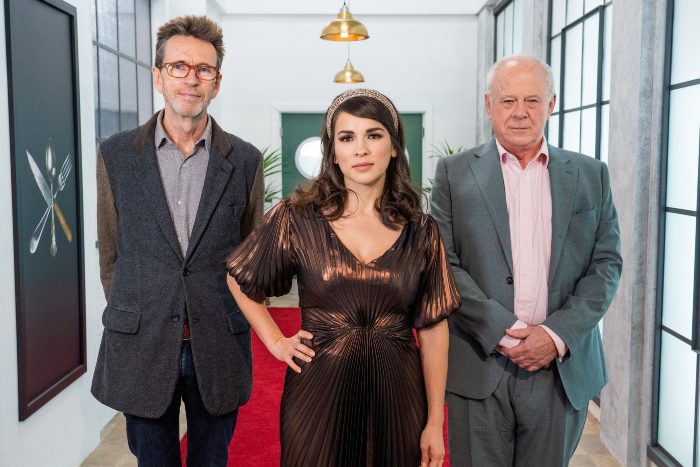 Great British Menu will be back on our screens next month – and the 16th series is set to be its most inventive yet.

With 2021 marking the 30th anniversary of Sir Timothy Berners-Lee donating the world wide web to the world, as well as Helen Sharman becoming the first British astronaut to go into space, chefs from across the UK will showcase their culinary creativity through dishes celebrating British innovation.

Taking inspiration from early inventors in the world of computing, right through to modern-day medical pioneers, the chefs will have to prove their originality and technical flair to be in with the chance of serving their creations at the GBM banquet.

There will be three episodes a week for eight weeks, covering each regional heat – starting with Central – before the finals week culminating in the banquet.

And representing the North West will be chef Ashwani Rangta from GupShup in Altrincham.

Originally hailing from Shimla in northern India, Ashwani is a newcomer to the TV culinary competition.

He was the chef in charge at the award-winning restaurant of the luxury ITC Gardenia hotel in Bangalore, and was then headhunted to run Asha’s restaurant in Manchester.

He has won multiple food awards such as City Restaurant of the Year 2017, Best Indian Restaurant in Manchester and in 2018 he won Best in North West Asian Curry Awards at Asha’s.

Ashwani is currently exec chef at GupShup restaurant in Hale, and his style of food is pan-Asian with modern British influences.

GupShup translates to ‘conversation’ in English, which is at the heart of the restaurant – a place where you can relax, share in a conversation and enjoy the food.

In the North West heat he will be up against Blackburn-born Kirk Haworth from Plates, London; Dan McGeorge from Rothay Manor, Lake District; and Dave Critchley from Lu Ban, Liverpool.

Little Paris Kitchen chef Rachel Khoo will join long standing judges Matthew Fort and Oliver Peyton OBE this year, and the judging panel will be completed by a different guest each week.

“I am delighted to be taking on the role of judge at the Great British Menu!” said Racghel.

“We have some extraordinary chefs in the UK and the programme does a great job of showcasing that homegrown talent.

“I’m so proud to be part of the series and I can’t wait for viewers to see what’s in store.”