Albert Finney: from Salford to stardom 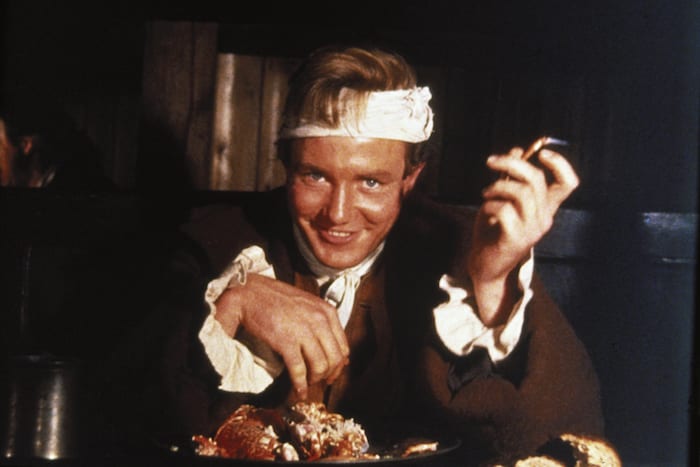 This June, HOME are celebrating the career of actor Albert Finney with a comprehensive season of his films.

Finney’s Salford Lad credentials are impeccable. The son of a bookmaker, he was born in the Charlestown area of Pendleton in 1936 and attended Tootal Drive Primary School and Salford Grammar School.

He attended the Royal Academy of Dramatic Art and received his first major role at the age of 20, playing Shakespeare’s Troilus in the Vanbrugh Theatre’s production of Ian Dallas’ play The Face of Love.

After graduating from RADA , Finney joined the Royal Shakespeare Company and in 1959 he appeared at Stratford in Coriolanus, replacing a sick Laurence Olivier in the lead role.

Finney’s first film appearance came a year later, coincidentally alongside Olivier, in The Entertainer, helmed by Tony Richardson, who had previously directed Finney in several plays. 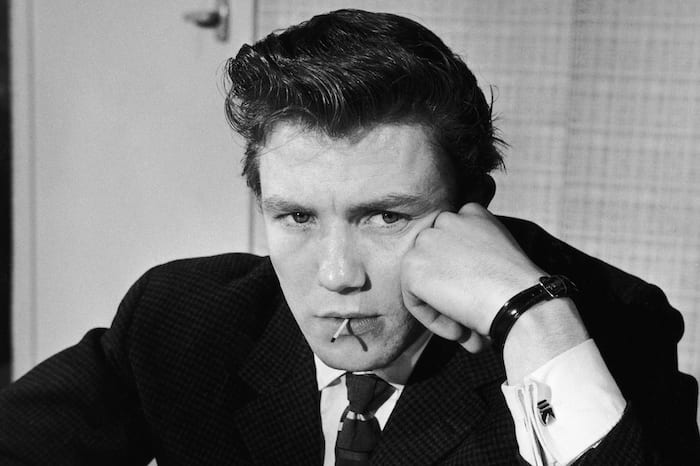 However, it was Finney’s performance as Arthur Seaton in Karel Reisz’s kitchen sink classic Saturday Night and Sunday Morning (1960) that made him a star.

Based on the novel by Alan Sillitoe, the film stars Finney as a young machinist who spends his weekends drinking and partying while also carrying on with a married woman.

The film gave Finney an early claim to fame, which he proudly repeated, telling people, “I was the first man to be seen sleeping with another man’s wife in an English film.”

Finney’s next film, Tom Jones (1963), secured his movie star status and brought him the first of four Oscar nominations for Best Actor in addition to winning Best Picture.

But his story could have been very different. In 1962, he was chosen for the lead role in David Lean’s Lawrence of Arabia after a successful, four-day screen test, shot at a cost of £100,000.

However, Finney ultimately turned down the role, baulking at the multi-year contract proposed by producer Sam Spiegel and opted for the lead in Tom Jones instead.

Throughout the 1960s, Finney established himself as one of the world’s most versatile actors, taking very different roles in 1964’s Night Must Fall (the poster for which read “the lusty, brawling star of Tom Jones goes psycho”) and charming romcom-slash-road movie Two for the Road (1967), in which he co-starred with Audrey Hepburn.

Towards the end of the decade, Finney took a stab at directing with Manchester-set comedy-drama Charlie Bubbles (1968), in which he starred opposite Billie Whitelaw and a young Liza Minnelli.

The film made strong use of its Manchester setting, depicting the return of its lead character, played by Finney, to his home city after achieving success as a writer in London. During the film, Charlie watches a Manchester United match at Old Trafford, which features footage of Bobby Charlton and Denis Law.

Finney’s career continued to take unexpected turns. In 1970 he took the lead in the musical Scrooge, which won him the Golden Globe for Best Actor in a Comedy / Musical in 1971. 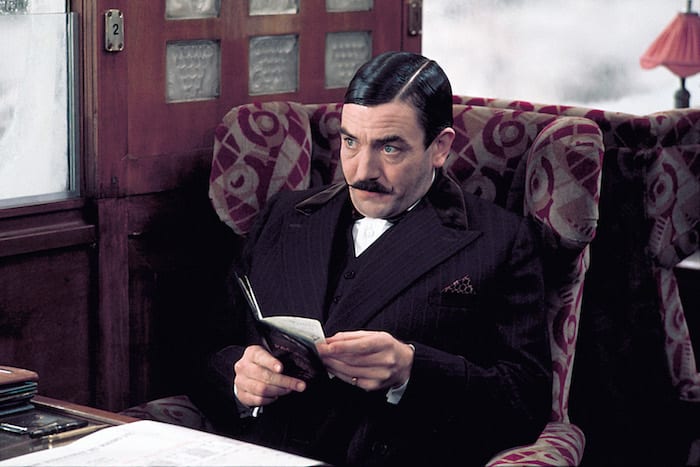 The 1970s saw Finney stepping back from film roles to focus on his stage career, though he did pick up his second Best Actor Oscar nomination for his role as Agatha Christie’s Hercule Poirot in the 1974 version of Murder on the Orient Express.

However, he declined to reprise the role for the 1978 follow-up Poirot mystery Death on the Nile, citing the uncomfortable make-up he’d had to wear for the train interior shots and realising that the locations of the new film would mean even hotter weather.

He also grew frustrated with the role, complaining that it led to him being typecast for several years afterwards and commenting, “People really do think I am 300 pounds with a French accent”.

Finney’s third and fourth Oscar nominations came back-to-back, for Peter Yates’ The Dresser (1983), in which he starred opposite fellow kitchen sink alumnus Tom Courtenay, and Under the Volcano (1984), where he was once again directed by John Huston. 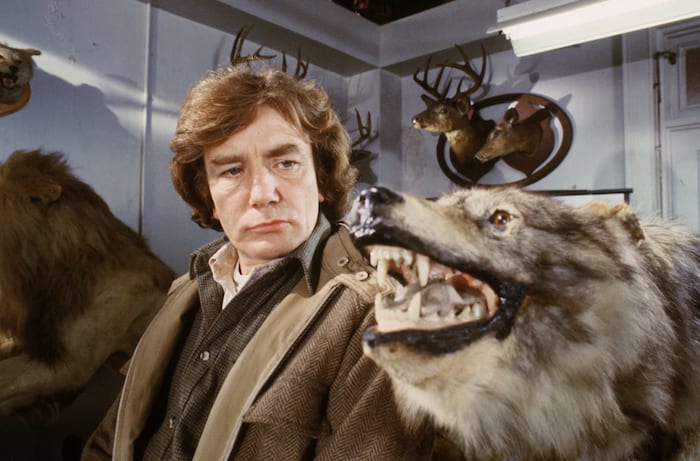 Apart from a role in Alan J. Pakula’s Orphans in 1987, Finney was absent from the big screen for nearly half a decade before the Coen Brothers cast him as gangster boss Leo in Miller’s Crossing (1990) and revitalised his film career.

He worked steadily on both big and small screens throughout the ’90s before earning a fifth Oscar nomination, this time for Best Supporting Actor, for his role as lawyer Ed Masry opposite Julia Roberts in Steven Soderbergh’s Erin Brockovich (2000).

HOME’s Son of Salford season (3rd – 27th June) offers a welcome opportunity to revisit and celebrate some of Finney’s most iconic roles, as well as some of his lesser known turns (such as private eye spoof Gumshoe and werewolf thriller Wolfen) from across what is undoubtedly one of cinema’s most distinguished careers.