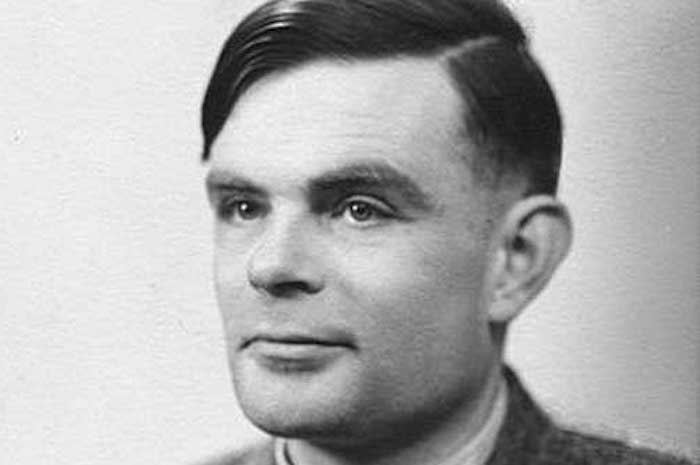 Mathematical genius Alan Turing, whose massive scientific achievements were airbrushed from history following his apparent suicide, has been named Icon of the 20th Century.

The celebrated wartime code-breaker and father of modern computing, whose reputation was largely restored by campaigners in Manchester, was chosen by viewers of BBC2’s Icons: The Greatest Person of the 20th Century ahead of giant figures including Nelson Mandela and Martin Luther King.

Presenter Nick Robinson described Turing as “a man who worked almost entirely in secret, who received little credit for cracking the Nazi codes and shortening the war and who died having been branded a criminal.

“Today he is the most celebrated figure of the 20th century – a father of computing, war hero and genius.”

Chris Packham, who backed Turing, said: “Alan Turing’s genius brought Britain back from the brink during WWII. While he was punished for being different, his work celebrated diversity. Under the circumstances, that makes him truly iconic.”

The odds now must be shorter on Turing’s image being chosen for the new £50 note after 2020.

The cracking of the German navy’s “unbreakable” Enigma code by Turing and his team at Bletchley Park is credited as one of the major factors in helping the Allies win World War II. It enabled the Allied Forces to defeat the Germans in many encounters including the crucial Battle of the Atantic in which Nazi submarines almost succeeded in preventing the flow of food and arms to Britain.

In 1946, Turing was appointed an OBE for his services during the war, much of which still remains a secret.

He worked as a professor of mathematics at Manchester University but in 1952 he was prosecuted for homosexual acts, which was then a criminal offence in the UK.

Police investigating a burglary at Turing’s home in Wilmslow found “incriminating” letters. As punishment, he accepted “chemical castration” instead of going to prison.

He apparently took his own life two years later but the bizarre circumstances of his death – he ate an apple injected with cyanide – and the cursory nature of the inquest led many to suspect he may have been killed by the security services who may have believed that Turing’s homosexuality could have left him open to blackmail.

Sceptics included former Lord Mayor of Manchester and Freeman of the City Dame Kathleen Ollerenshaw who worked with Turing at Manchester University in the late 1940s. Gay rights campaigner Peter Tatchell has called for a reopening of the inquest.

Campaigners in Manchester passionately battled for Turing’s reputation to be restored and his achievements recognised. His statue was raised in Sackville Park near the gay village and his name was given to Alan Turing Way, the inner ring road in east Manchester.

Following a public outcry over his treatment and conviction, then Prime Minister Gordon Brown issued a public apology in 2009. In 2013, he was granted a posthumous pardon by the Queen.

A 2017 law that retrospecively pardoned all men cautioned or convicted for homosexual acts under historical legislation, was named in his honour.