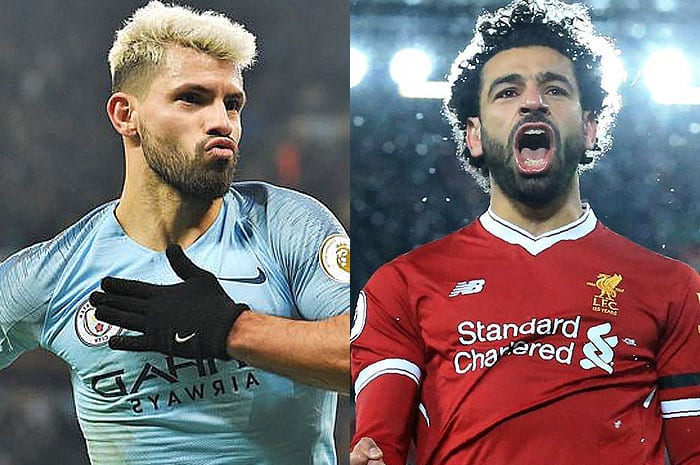 Manchester City put the pressure on Liverpool on Saturday evening when they beat Watford 3-1 to go four points clear at the top of the table.

Jurgen Klopp’s side responded by beating Burnley 4-2 on Sunday afternoon to cut the gap back to one.

City don’t feature in the Premier League again for 21 days.

Liverpool have an opportunity to turn the pressure up when they travel to Fulham this Sunday, but could find themselves handing the Blues a bigger advantage. With Fulham well and truly in the relegation battle, they will not be an easy side to beat.

This week’s Champions League fixtures could have a deciding factor in the title race.

City have a great chance to get through to the quarter finals when Schalke visit the Etihad on Tuesday night with a 3-2 lead (three crucial away goals), followed by a tough but winnable game away at Swansea in the FA Cup.

Whilst City are favourites to progress against Schalke, Liverpool have a tough test away to Bayern. If they are unsuccessful on Wednesday night they have an advantage of playing fewer games in the run-in.

Guardiola is enjoying the pressure of sitting top of the League with only a slight advantage as another sensational season draws to a close.

Speaking after the weekend’s games, the manager said: “I prefer to be top of the League than behind because it’s in our hands, but I feel we will drop points, as few as possible, and try to keep the distance with Liverpool until the last few fixtures and have a chance in the last few fixtures.”

There isn’t much to choose from in the last few fixtures to point to an advantage for either team other than Liverpool will play four of their final eight at home, with City only having home advantage in three of their remaining eight.

Both teams play two of the top four contenders, with City taking on Spurs at home before travelling down the road to Old Trafford for the Manchester derby. Liverpool also host Spurs as well as Chelsea, and have an in-form Wolves who have had a brilliant season to come to Anfield.

There is also a mixture of relegation battlers for both teams to contend with home and away. City have home a home fixture against Cardiff, and travel to Fulham, Burnley and have their final game away to Brighton. Liverpool have away fixtures to Fulham, Southampton and Cardiff.

Although Guardiola expects his side to drop some points in the final eight games, skipper Vincent Kompany said he and his side expected Liverpool to win all eight of their remaining games and that the Blues must do the same if they are to successfully retain their title.

“We couldn’t have asked for more at this stage of the season,” said Kompany, after Saturday’s 3-1 home win over Watford.

“But we’re all convinced Liverpool will win every remaining game until the end of the season. Therefore we know how big the task ahead of us is, with big games still coming up and difficult games against any team.

“We’re all relaxed and calm, we’re not getting carried away. We’ve got more experience. A lot of young players that were in the team last season had never won the Premier League. They have now.”