‘A story that needed to be told’: the bittersweet history of one of Manchester’s favourite Chinese restaurants 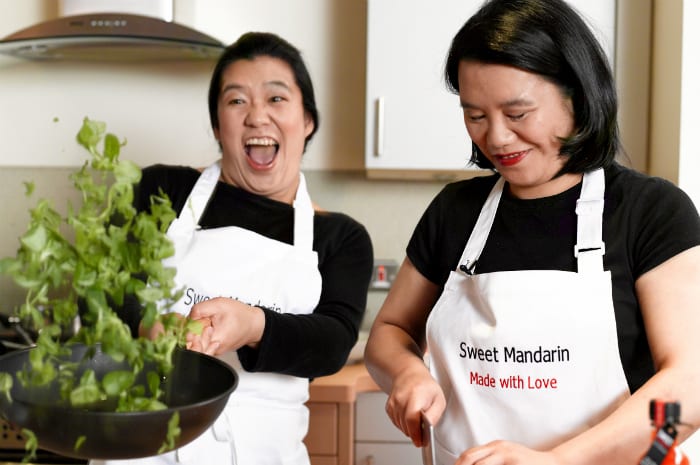 Helen Tse and her twin sister Lisa have run the Sweet Mandarin restaurant since 2004. It was voted Best Local Chinese Restaurant on Gordon Ramsay’s The F Word, and Helen and Lisa were awarded an MBE for Services to Food and Drink in 2014. They have three cookbooks and a range of sauces that are sold internationally.

Mountains: The Dreams of Lily Kwok, which premieres at the Royal Exchange before touring the UK, tells the incredible true story of the generations of women behind this famous Manchester restaurant.

“The story begins with my grandmother, Lily,” says Helen, who is also a practising lawyer with a degree from Cambridge University.

“Lily had a huge influence on my life. She was this matriarch. She started off life as a maid for a British family in Hong Kong, and through that service she came to the UK. When Mrs Woodman died, she left a lump sum of money in her will for her, which was really unusual in those days. My grandma used that money to start one of the first Chinese restaurants in Manchester.” 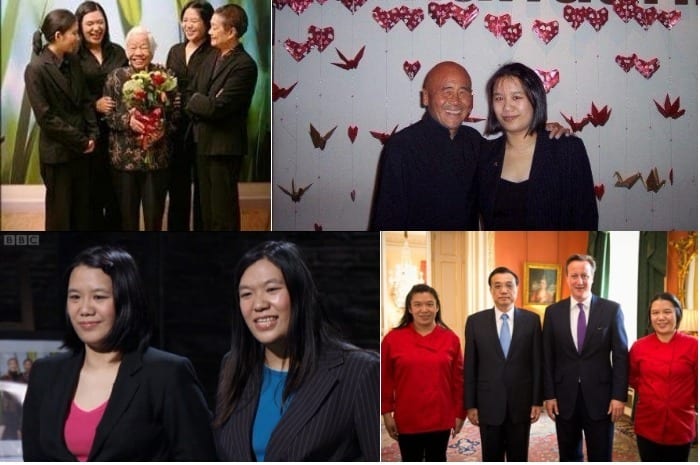 Lily’s restaurant was called the Lung Fung and it was set up around 1959.

“Middleton was a blue collar, working class area in those days,” says Helen. “But initially when Lily arrived in Middleton they thought she was Japanese. This was right after the war, and they thought she was going to poison the food. But she made friends with one of the local ladies called Mavis, and Mavis knew everyone in the village. She started to encourage people to try my grandmother’s restaurant.

Helen is delighted that her grandmother’s story has been adapted into a play, but it has proved an emotional journey.

“It’s such a surreal experience,” she says. “It’s like they’re bringing her back to life, but of course she is no longer with us. You really do feel like you miss her so much. And the weird thing is, they’re talking about her in her youth. I only ever knew her as this four foot, overweight elderly woman with white hair.

“But she’s had this formidable life and story. And she’s had a lot of heartache as well. The play has really brought out that raw emotion.”

Helen hopes that telling the story may help others to deal with the issues raised by the play.

“It’s a bit like washing your dirty linen in public, but I am really glad we’ve done it so we can help other people,” says Helen. “Even within its own community, the Chinese community won’t speak about problems like gambling. Mental health isn’t talked about at all. So this breaks a lot of barriers, not only for the family but also from a cultural perspective.” 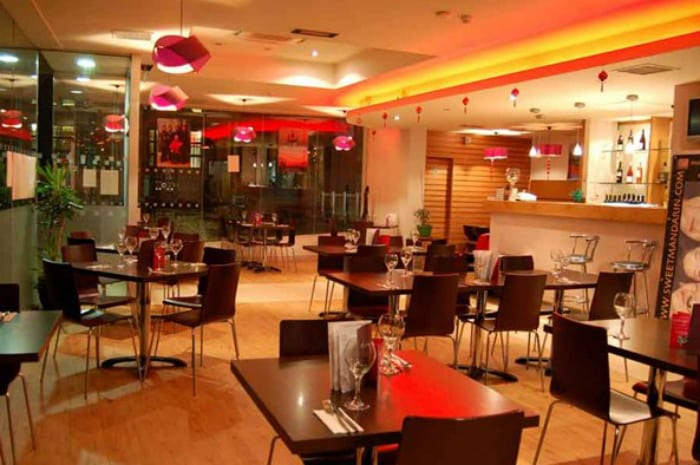 The play’s darker themes, of gambling and what we have to leave behind to move forward, are what drove Helen and her sisters to set up their own restaurant, Sweet Mandarin.

“My grandmother did so well at the restaurant business,” says Helen. “She opened about three more restaurants and about six takeaways.

“But she ended up going to the casino and gambling each establishment off one by one. She started borrowing money off people she thought were friends, but ended up being triads. My grandma could never pay it back. It was a spiralling cycle, not talking about it, and getting deeper and deeper and into problems.

“When I was born, above a chippy in Middleton, they didn’t even have enough money for milk powder. It was a stark reality for my parents, who were also involved in the gambling. We were absolutely destitute.

“I think that blot has always been on my family. We worked so hard to make it, and then it was all gone.”

Restoring the family name was key for Helen and her sisters, who set up Sweet Mandarin in 2004 – though it was not without its own setbacks, especially since their plans coincided with a financial crash.

“I am a lawyer, Lisa worked in finance and Janet was an engineer,” says Helen.

“We didn’t realise there was a big recession coming round the corner. When we first set out to get a space for the restaurant, none of the banks would lend us money. They were cautious. They probably realised the recession was coming.

“But we were so determined to make it work that we actually each sold our house and moved back in with mum and dad who at this point were absolutely livid. We’d all given up our jobs and sold our houses. Mum and dad were like, ‘we don’t believe it, we are supposed to retire now’. But we pulled together and did it.” 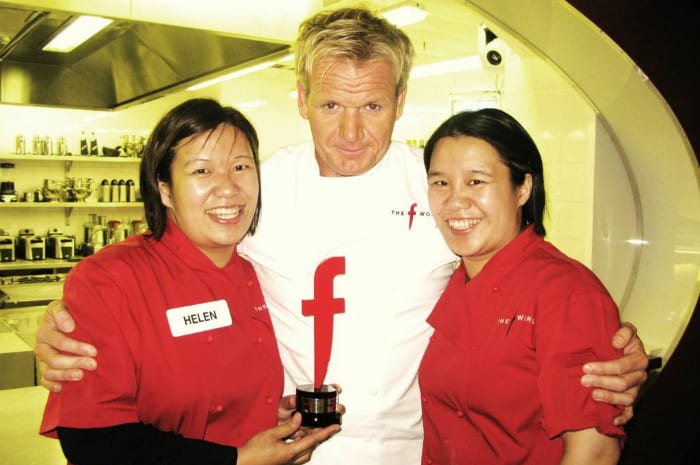 The sisters bought derelict land in the Northern Quarter which was not a desirable location in those days, and built their restaurant from scratch.

“Opening the restaurant was a feeling of restoration of family pride,” says Helen.

“The name and the heritage. The dishes that we cook even today include Lil’s curry, and Mabel’s pot chicken – that’s my mum. It’s all tied together.”

When they opened Sweet Mandarin, the sisters wanted to write a cookery book telling the story of the food, and that’s how they came to learn the stories of the past.

“We started asking my grandmother if she could tell us about the dishes,” says Helen.

“Every Saturday we used to go shopping with her to the Chinese supermarket. Every bottle she picked up seemed to unravel another chapter in her life, often relating to the journey from Hong Kong to Southampton, which took three months. The ship stopped at places like Singapore, where she learnt about laksa curry, and at Indian ports where she learnt about spices. By the end of the journey, she had created her own recipe.”

Helen believes it is vital to tell such stories and is thrilled that the Royal Exchange are giving the limelight to a Chinese voice.

“It’s a predominantly East Asian cast,” she says. “It’s been an emotional journey for everyone involved. It feels groundbreaking to have the cast and crew from that kind of ethnicity. And it’s about time we got more of those stories heard. It’s a very rich tapestry of history.” 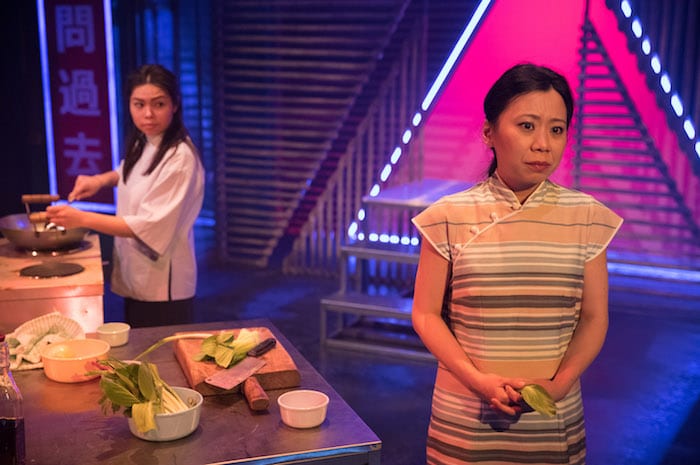 Kumiko Mendl, artistic director of Yellow Earth Theatre who have co-produced the play, is equally adamant that stories such as Lily’s need to be heard, and was thrilled to adapt Helen’s memoir into a play.

“I was so moved by this epic tale I knew this was a story that needed to be told,” says Kumiko.

“The writer of our adaptation, In-Sook Chappell, has come up with an ingenious and compelling way to tell this epic story so that we have Helen as herself in the present meeting Lily her grandmother who is in the past. Through a process of Helen stepping into Lily’s shoes, Helen gets to relive her grandmother’s story and ultimately understands who she really is.

“Yellow Earth Theatre has been the only regularly touring theatre company in the UK creating work by British East Asian artists for the past 22 years. However the visibility and profile of British Chinese and East Asians in this country remains very low with very few recognisable faces in public life and on our stages and screens.

“Our mission is to change this, creating opportunities to discover and develop new talent and through our productions to tell our untold stories. This mid-scale tour therefore marks a small milestone in BEA theatre.

“The story of Mountains is in fact a story that belongs to 90% of Hong Kong Chinese in this country and yet it has never been told on our main stages. The pattern of migration of the Hong Kong Chinese via the catering industry has meant that many families ended up settling in large and small towns all over the country so I am thrilled that we have an opportunity to take this moving, powerful story that began life in 1820s China and came to Manchester via Hong Kong and Middleton and now will be seen by audiences up and down the country.”

Mountains is at the Royal Exchange until 7 April 2018 before touring theatres across the UK.