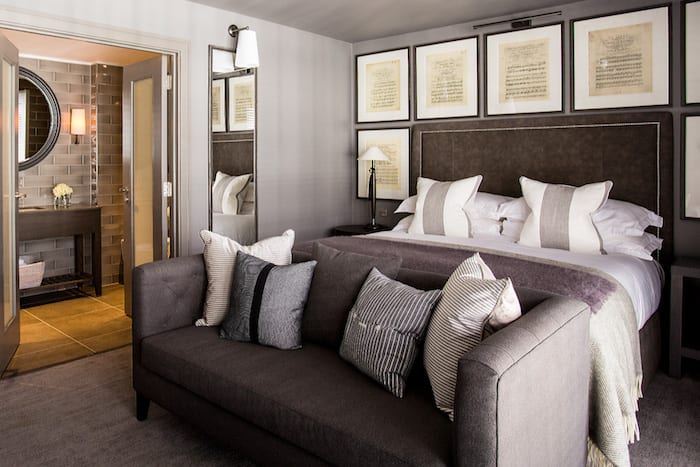 Dakota Manchester will bring some of the largest hotel bedrooms and suites to the city when it opens in May 2019 following a £30 million investment.

Located on Ducie Street, close to Piccadilly Station, Dakota has 137 luxury bedrooms, including 20 suites. The penthouse suite named the ‘Grand Deluxe’, which has a terrace overlooking the city, is set to be the largest and most elegant suite in the city at 1800 square feet, with a chaffeur and butler at your service.

The eight storey hotel will also offer a bar and grill, complete with a champagne room and bespoke canalside cigar terrace which the owners hope will “bring a bit of Mayfair to Manchester”.

Manchester will be the fifth hotel for the group. The ‘original’ hotels are located at Forth Bridge in Edinburgh and Eurocentral – a modern business estate between Glasgow and Edinburgh. Dakota Glasgow opened in 2016, with Leeds following one year later. 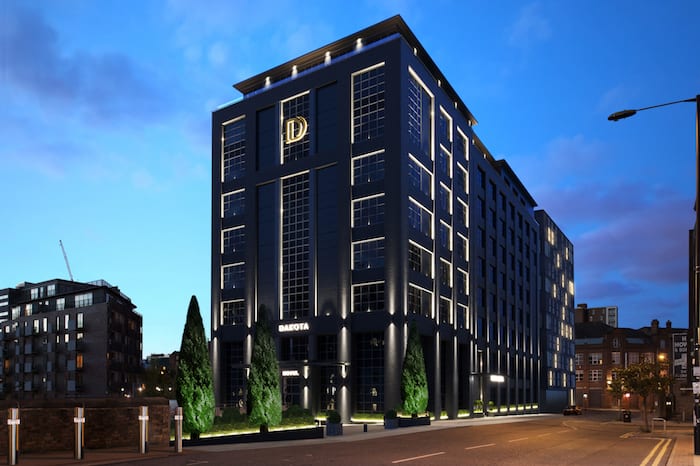 We went to Dakota Glasgow to meet the team behind the brand and to learn more about what they have planned for Manchester.

The name Dakota is inspired by the airliner which made its maiden flight from New York to Chicago in 1936 and went on to revolutionise air travel offering stylish service and cabin accommodation at an affordable price.

It’s a partnership between internationally renowned hotelier Ken McCulloch and Evans Property Group. Glaswegian Ken is a pioneer of the boutique city centre hotel concept. Following the success of One Devonshire Gardens in Glasgow, he went on to found the Malmaison chain. Dakota’s creative team is headed by internationally acclaimed designer – and Ken’s wife – Amanda Rosa. 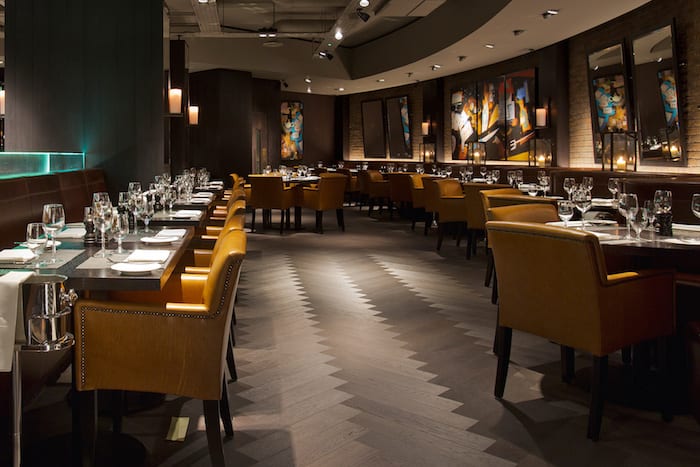 Amanda likes to look back to more elegant eras and locations for style inspiration, harking back to the glamorous bygone style of Manhattan, New York and Chicago.

“I don’t want to sit in a brightly lit space with a spotlight on me when I go to a hotel bar,” she says. “And especially if you’re travelling on your own. You want it to feel cosy and comfortable.”

And the bar, restaurant and cigar terrace do feel comfortable – as do the bedrooms with their king sized beds draped with 300 thread count cotton linens and their ensuite monsoon showers.

The restaurant in Manchester will seat 100, and the team is planning to offer a similar grill menu to Glasgow though using local suppliers.

We tried a selection of dishes, from delicate halibut from the Scottish Isle of Gigha served with roast onion, caviar and parsley to rich fillet of Borders beef, and finishing with an apple crumble souffle with sweet toffee ice cream.

“We’ll have a good team of chefs. Our emphasis with our food offering is doing a simple thing brilliantly,” explains operations manager Andrew Ovenstone.

“We will look to celebrate local Manchester suppliers. We like to look backwards for inspiration so our cocktail menu and bar offering is very classic and quite romantic in that sense.” 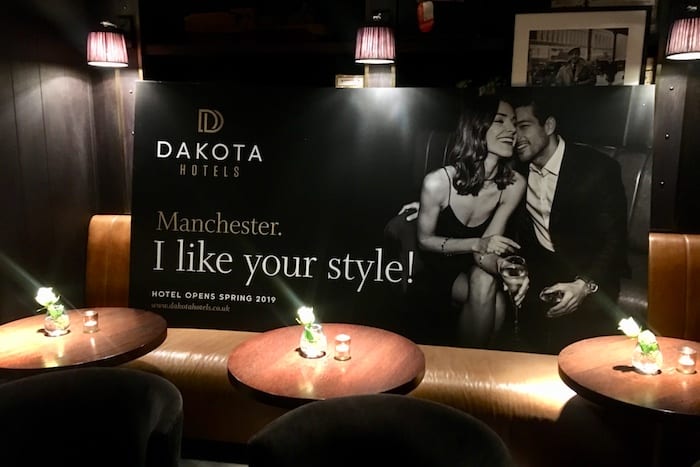 An epic whisky list spans the Highlands and islands. There’s also plenty of champagne, of course, as well as prosecco and English fizz.

Andrew believes Manchester is the perfect city for the luxury Dakota brand – and early advance bookings include suites booked out by a high-profile band who don’t usually stay in the city but are eager to check out the new opening (they won’t name names – we did ask).

“Manchester gives us the opportunity to put ourselves on the map because it’s a city that’s on the world stage with a huge media presence and a vibrant bar and restaurant scene with lots of independents,” says Andrew.

“For us, coming to Manchester is about being in the right place at the right time,” agrees Ken. “For our marketing campaign, we’ve used the line ‘Manchester, I like your style’. And we do. We wanted to compliment Manchester.

“There’s a lot of similarities between the two cities, too – the arts, the music, the comedy. Mancunians, like Glaswegians, are really proud of their city.”