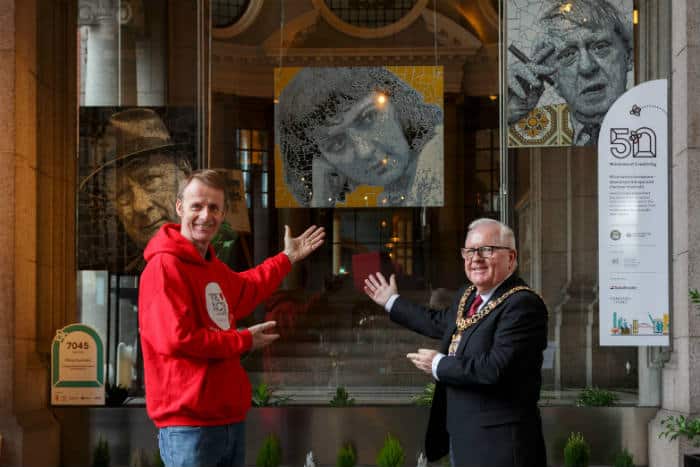 Manchester’s innovative socially distanced art trail 50 Windows of Creativity will have a festive finale next week with a live streamed auction to raise money for charity.

The trail, which transformed Manchester city centre into an innovative art gallery celebrating the city’s creative culture, has been extended until Sunday 13th December.

Christmas shoppers can now ‘window shop’ the trail, discovering their favourite makers and creators ahead of the auction, at which bidders could win beautiful artworks to gift, self gift or donate. 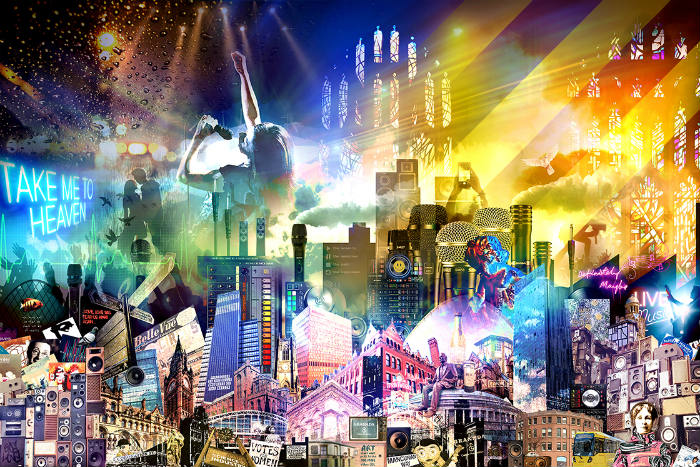 At the auction, hosted by auctioneer and TV personality Charles Hanson, 72 individually designed artworks, all created by Greater Manchester artists, will be under the Christmas spotlight.

Mancunian masterpieces up for auction include an exclusive character piece from illustrator and Manchester mural painter Hammo, a single edition signed print from Guy McKinley, a Manchester Doodle BookBench by illustrator Dave Draws depicting some of Manchester’s favourite landmarks and a trio of intricate mosaics by Mary Goodwin which showcase the faces of famous Greater Mancunians L.S. Lowry, Shelagh Delaney and Anthony Burgess.

Proceeds will go to the talented artists, designers and makers involved, plus the We Love MCR Charity, which supports Manchester’s disadvantaged communities and individuals. 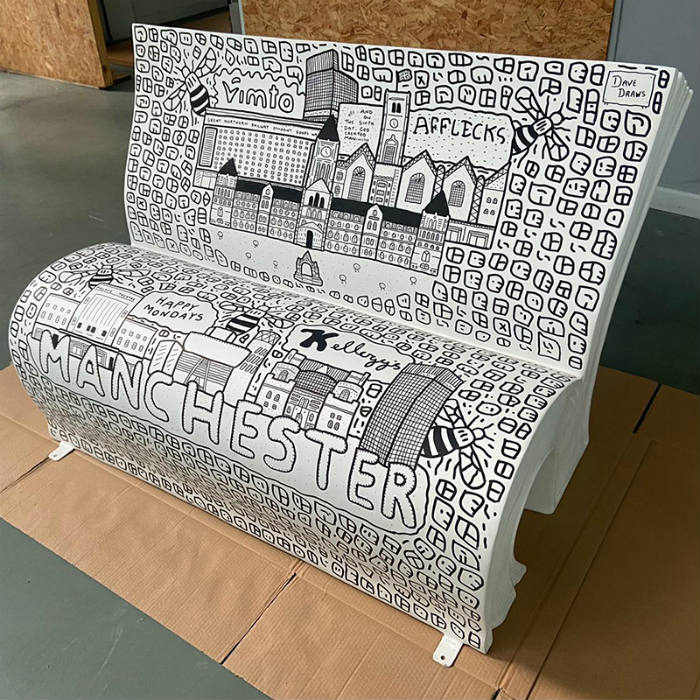 Charles will be joined by auctioneer Caroline Hawley from TV’s Flog It! and Bargain Hunt at the auction, which will be live streamed from the Kimpton Clocktower Hotel.

From Mancunian mosaics from Mark Kennedy and Mary Goodwin and fine art from RP Roberts and Dreph to photography from award-winning Benji Reid, delicate craft from Kaper, murals, sculptures and more, there is a piece of art for most pockets with lots estimated to go from just £30 up to £10,000.

Viewers will also be able to bid for an original one-off commission from some of the North West’s most famous artists, including the opportunity to have a unique version of the 50 Windows artwork by iconic designer Trevor Johnson and spoken word poet Tony Walsh, and a bespoke botanical commission from Charlotte Smithson, who will work with the winning bidder to create a custom piece. 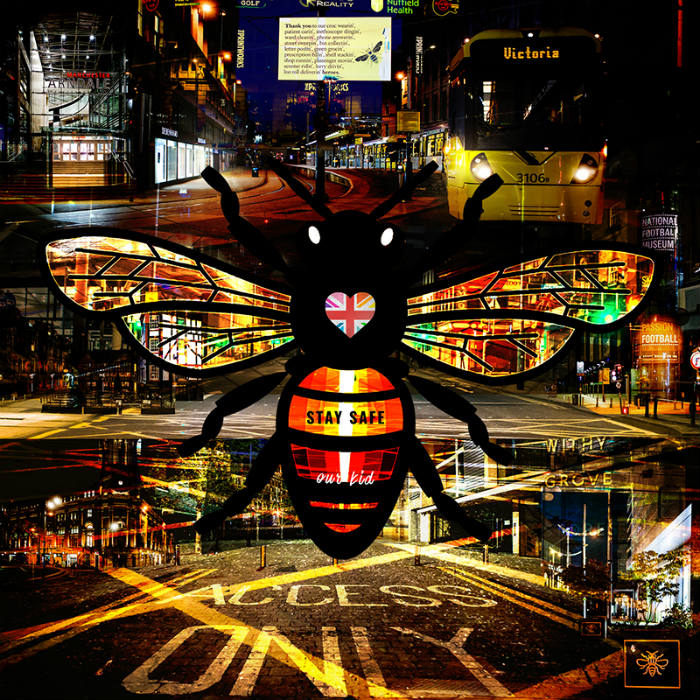 “This is a fantastic opportunity to own an original piece of art and show support for Manchester’s artists, designers and makers while also helping to raise funds to support the important work of the Lord Mayor of Manchester’s We Love MCR Charity,” said Charles.

The Lord Mayor of Manchester Councillor Tommy Judge, Chair of Trustees of We Love MCR Charity, said they delighted to  be chosen as the benefiting charity for the 50 Windows of Creativity auction.

“We Love MCR Charity supports disadvantaged communities and individuals to be the best they can be and the funds we receive from our partnership with 50 Windows of Creativity will go directly to improving lives here in Manchester,” he said.

The live streamed auction will take place on Thursday 17th December from 7pm. To view all of the 72 lots available and register to bid, visit beeinthecitymcr.co.uk/50windows.