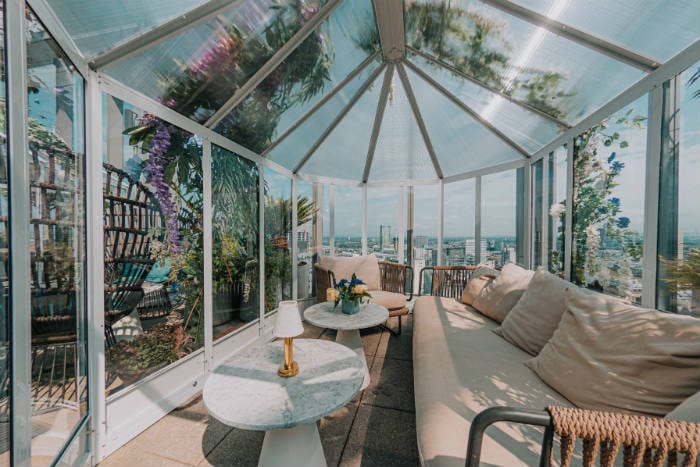 Manchester’s highest restaurant and bar has revamped its beautiful terrace with the launch of a new ‘quintessential English garden’ in the city centre.

The 20 Stories roof terrace has been transformed with an English garden theme, in partnership with English sparkling wine producer Nyetimber, which will be in place until the end of September.

The terrace space now includes four stunning garden houses, which can be privately hired for groups of six. 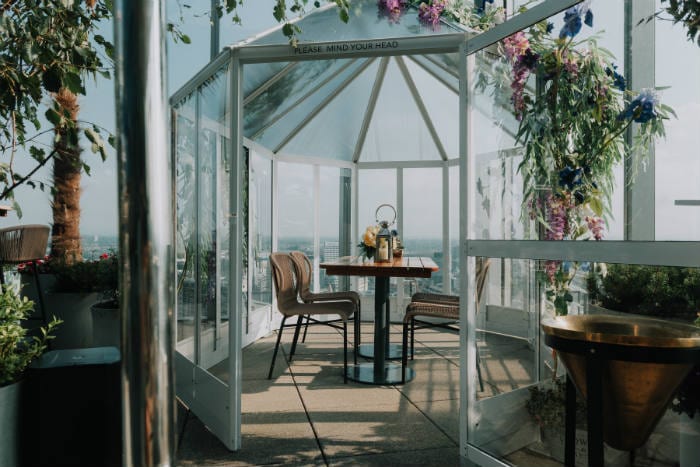 The collaboration includes a specially-curated drinks menu, including Nyetimber by the glass and bottle as well as handcrafted cocktails.

Nyetimber’s English sparkling wines have achieved global acclaim, winning international awards and blind-tasting competitions, as well as being recognised by some of the world’s most celebrated wine experts. 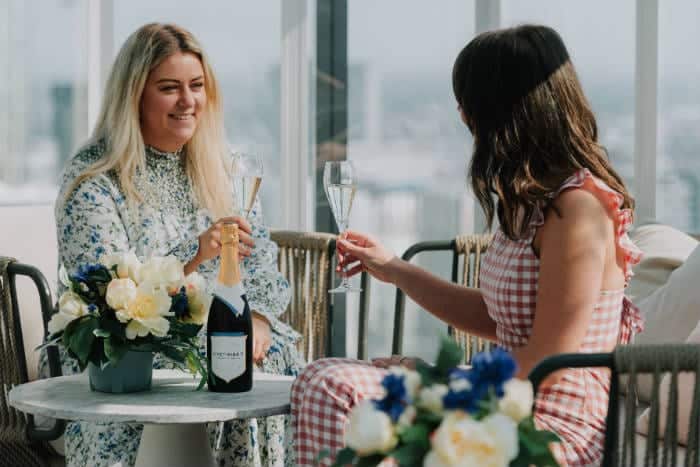 The restaurant’s new head chef Mike Jennings, who joined 20 Stories earlier this year having previously worked at Northcote, Grenache and Wood Manchester, has also created a selection of dishes which can be paired with Nyetimber wines.

These will be available until the end of September. 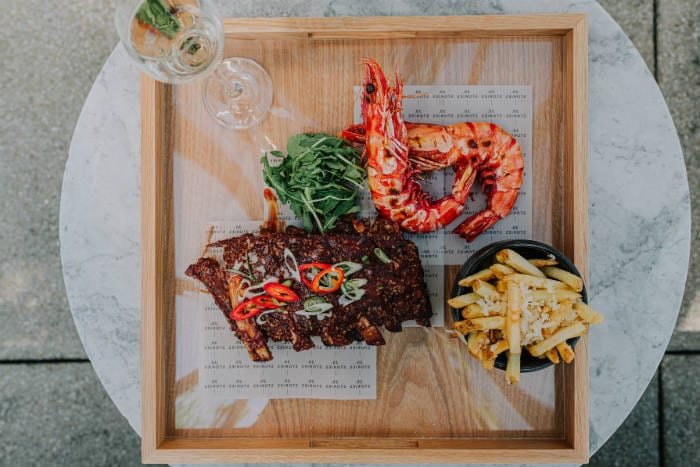 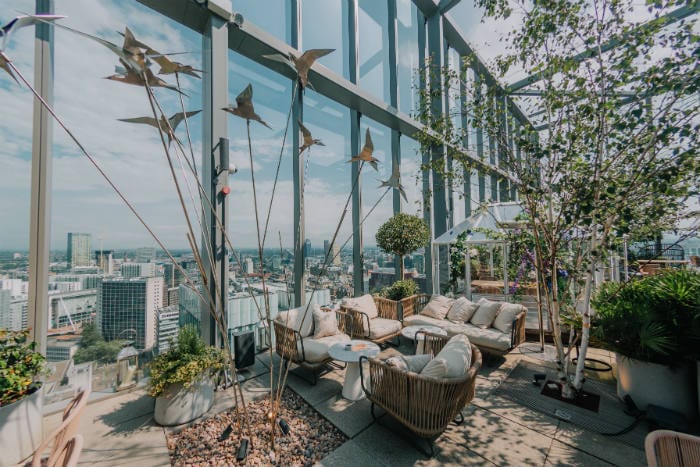 “Our terrace has become a much talked about feature at 20 Stories, especially since our reopening at the start of July,” says 20 Stories sales and marketing manager Becky Wilkes, who thinks the new English garden terrace has brought a whole new feel to the space.

“We want to give our guests a sense of a staycation, and bring the holiday feel to Manchester.”

The 20 Stories English garden terrace is open now until 30th September 2020 at No 1 Spinningfields. The four garden houses can be privately hired for groups of six.