16 courses in 100 minutes: what ambitious new restaurant Mana will bring to Ancoats

There are high hopes for ambitious restaurant Mana, which opens next month in Ancoats.

Run with co-owner Will Cottis and director of operations Anthony Barnes, who previously owned Squid Ink, the restaurant is chef Simon Martin’s first venture since leaving the internationally renowned – and two-Michelin-starred – Noma in Copenhagen, which was named the best restaurant in the world for four years.

But despite his pedigree, a 16-course menu, and a bespoke kitchen costing an eye-watering £300,000 in the new restaurant, Simon hopes the new venture will be accessible to all.

Mana isn’t going to be about ‘fine dining’ in the austere, clinking-forks-in-a-hushed-room sense, he insists.

“Restaurants are supposed to be fun, it’s a leisurely activity,” says Simon.

“All the formality behind dining stems from very old traditions which in my opinion we’ve outgrown and are better off without. If you’re the type of person who likes to call his waiter ‘garçon’ and expect there to be a chandelier over your head then you’ll most likely find us too casual for you.

“The point of Mana is to rediscover everything that’s been forgotten about Britain’s indigenous produce and ingredients, and to then move forwards with that knowledge.

“We’re not following a recipe, we’re creating one. It’s about progressing, moving things forward – and we want that to be accessible. It’s not solely for some elite group of ‘gastronomes’.”

Diners won’t find gels and foams and things that aren’t even recognisable on the menu, says Simon.

“We’re making food. Real food! I hate the term ‘fine dining’, it’s extremely vague and is always surrounded by an aura of pretentiousness. I also dislike the term ‘tasting menu’, but unfortunately we’ve not come up with a suitable replacement for it yet…”.

Simon has chosen Ancoats for his new venture, which is taking over an entire empty unit. The layout is important for the operation, which is offering a unique menu: 16 courses in 100 minutes.

“That’s partly because of the bespoke kitchen and research-and-development facilities we’re putting in, but also the fact we’re doing a 16-course menu. Lots of places do something similar, but not at the speed we’re doing: 16 courses in one hour 45 minutes.

“It’s completely bespoke, and we also wanted it to have an almost ‘domestic’ feel,” says Simon. “All the surfaces are a compressed stone called Dekton, for example, which is £590 a square metre.

“We want it to look good not just for the guests – because Mana is open-plan – but also for the chefs. We don’t want them working in the usual stainless-steel cage, some windowless metal basement that’s all dented and broken and scratched. It can feel like you’re working in a prison.” 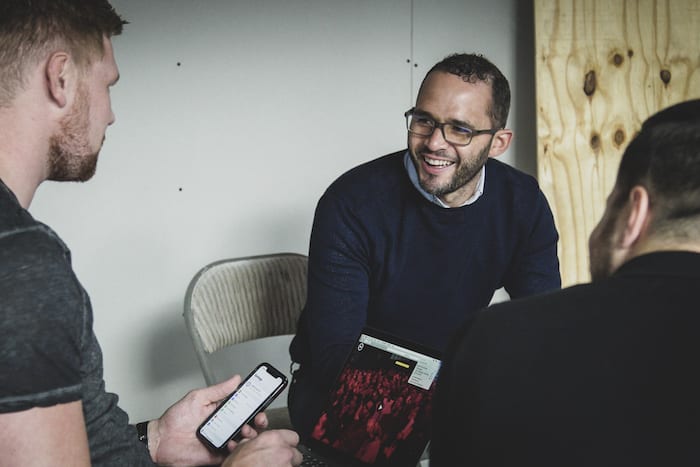 Staff happiness is important to Simon, who believes the catering industry is going through a watershed moment in terms of working conditions.

“Places are striving to create more diversity in their workforces,” he says. “A wider range of ages and nationalities, and a more balanced representation of gender. Previously, most kitchens were just blokes – and what happens when you put ten lions in a cage? It’s never gonna go well, is it.

“Nobody should have to go into the environments that I worked in – that I grew up in – from the age of 15. The industry hasn’t been behaving professionally, and the new kids coming through now, they’re aware of that. They won’t put up with working in shitty kitchens – and it’s our duty to make sure they never have to.”

The new restaurant is making a huge investment in staff.

“From an operational standpoint, we’re only opening four days a week, only for dinner, and only for 30 people – that represents a huge financial loss for us,” Simon says.

“But what we hope to get in return are a team of people who are the best version of themselves, for their own wellbeing and for their performance in the workplace.” 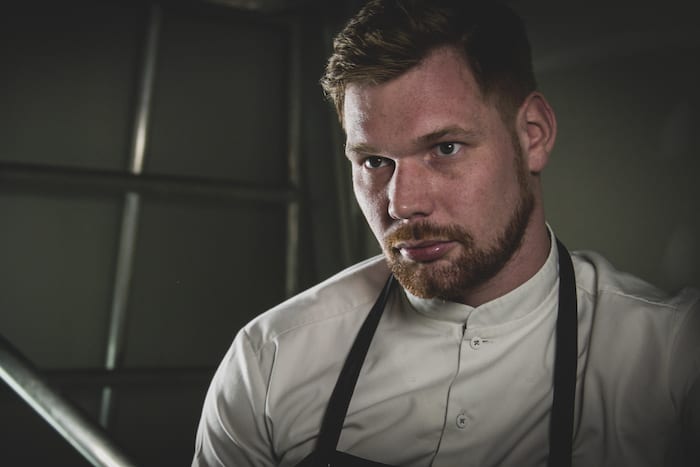 Speaking of performance, Simon has spent his career working in Michelin-star restaurants.

Does he hope to bring a star to Manchester?

“It would be great to be recognised by such a well-known guide, but it’s definitely not something that’s going to be on our minds every day, if at all. A successful restaurant for me is one that’s full every night and where our guests are happy, not one with a little red star next to their name in a book.”

What is important to Simon, however, is that people feel comfortable in Mana.

“We want to be accessible to everybody. Mana is about making people feel at home, giving good service, and sharing our work in an attractive, pleasant environment. It’s that simple.”