Roger Ward, Brummie by birth but enthusiastic Mancunian by adoption, came to the city to study geography at Manchester University, a choice he made over Oxford because he thought the people were friendlier and the beer was better.

He joined the Manchester advertising agency BDH in 1984, later becoming managing director and taking turnover from £4 million to £100 million before quitting in 1999 for a completely different career path.

With his friend Steve Pilling, he revived the fortunes of the historic but failing Mr Thomas’s Chop House. Now, at the age of 55, he is the owner not only of Tom’s but also Sam’s Chop House and the Albert Square Chop House and a firm believer that the hospitality industry can play a key part in preserving the city’s heritage.

Back in 1999 I lost my father, mother-in-law and my dog in the space of six weeks. After a very intense summer I went to the Band on the Wall to see Andy Hamilton, the Godfather of Calypso Jazz. In the interval Eric Cantona asked for his autograph. Andy who was then 84, asked me if I’d ever been to Havana in Cuba. I said no but offered to carry his saxophone case there and the next day went in the office and asked for three months’ compassionate leave. 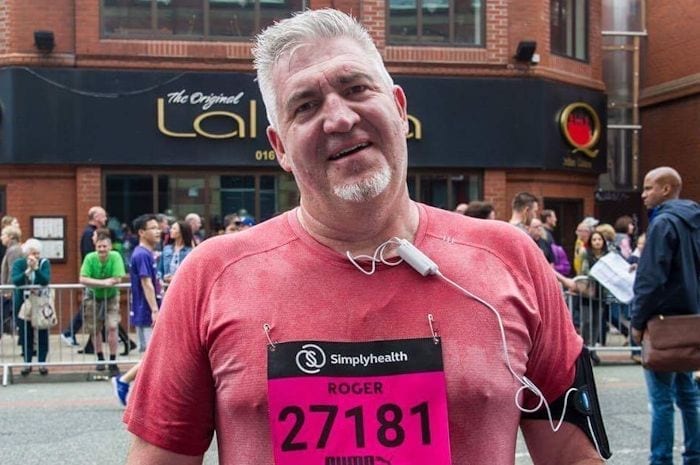 I spent three weeks in Cuba while The Buena Vista Social Club album was being recorded and had an amazing time. When I came back it was clear I wasn’t going back to advertising so I resigned from my job. Steve Pilling had just relaunched Mr Thomas’s so I had the idea to turn the business into a brand, put in some money and take over Sam’s Chop House as well.

My dad Norman, who I wrote a book about, told me when he was ill that he thought I’d be working for myself by then. And Andy Hamilton of course.

Rescuing two of the chop houses which were failing businesses and helping to save the heritage around Albert Square which has some of the most important buildings in Manchester. It matters to me. We should care.

I don’t really have a typical day but I begin every one with judo circuit training from 8.15 to 9.30am. It’s my only constant thing. I am a very lucky boy. Everything else changes by the minute.

My passions are Argyll in Scotland, where I sail a boat on Loch Lomond, and music. Every year I go on a rock’n’roll road trip. My home from home is Athens, Georgia, which spawned REM, the B52s, the Drive-By Truckers [he’s wearing the tee-shirt] and 453 other bands. Amazing for a town of only 45,000 people.

My dad Norman said that if I was ever in trouble I should kick the biggest one in the balls. The first time I had to use that advice was four days after he told me – at the age of 14!

I’d still be working in advertising. I loved making TV ads and travelling the world. We made the one featuring the man pasted to a board with Solvite and carried by a plane, the Silentnight mattress duck and hippo and my favourite, the Crown Paints ad where it was raining in black and white and splashing in the colour palette to the soundtrack of Dinah Washington singing What a Difference a Day Makes.

The fact that I finished the Manchester 10k run this year at the weight of nearly 19 stone.

Shark – as in Sale Sharks. I’m a rugby man who played my last game in my 50th year for Wilmslow Rugby Football Club’s Fat Dads.

My favourite place is Albert Square. As an immigrant from Birmingham I was awestruck by the architecture, the statues and the history. The town hall and Central Library are beautiful and fascinating and all three sites are still perfect as buildings.

The weather, of course but I’d also like to wind back the number of venture capital backed restaurant chains and retain more of the things that make Manchester different and magic.

The fact that the city is still a unique place with qualities that you can’t find anywhere else.