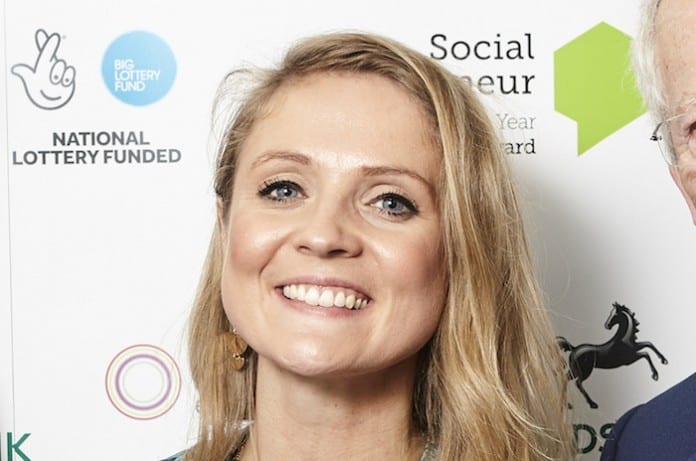 Reform Radio is becoming something of a Manchester institution. Co-founder Rachel Roger moved to Manchester from north Yorkshire in pursuit of her dream to work in the creative industry.

She started broadcasting podcasts with fellow co-founders Jemma Tanswell and Sam Oliveira from their Chorlton basement in 2014, with the aim of giving young people a creative outlet and employment opportunities at a time of high unemployment.

They’ve received lots of accolades and awards, including ranking as one of Mixcloud’s top 20 radio stations, winning bronze for Best Online Station at the ARIAs, and Rachel recently won bronze at this year’s Social Entrepreneur of the Year awards.

I had never thought I’d work in radio but my friend and co-founder Sam had a background in radio and had a light bulb moment in the shower. When the recession hit in 2013 and free wifi was being rolled out across Greater Manchester, there was no better time to start an online collaborative station. Combined with the work Jemma and I were doing on creative projects, Reform Radio came together.

I have to say the Contact Theatre. We did a year-long training programme called Future Fires with them when we first started and that was amazing. It was all focused on creating an arts project for positive social change, with Lemn Sissay and other incredible people. The full year gave us loads of access to the people and things we needed to get started.

We just won charity project of the year for Manchester – that was really amazing. We also recently made a documentary for BBC 1Xtra called Growing Up in Care. That was a proud moment for us because it celebrates so much of what the young people are about and it’s great to showcase them on a national platform. The documentary was also on Pick of the Week on Radio 4, which made us so proud.

There’s not a typical day here. Mondays, for example, are focused on strategy with team meetings and an afternoon spent on something specific like funding or events. Then the rest of the week goes into chaos. We run workshops, some of which me and Jemma deliver. We’ll have one to ones with the young people we work with. Sometimes we’ll take them to the doctors or housing appointments. At other times we take them to events. Sam coordinates the station side of things.

We didn’t take any days off for the first two years of Reform. None of us did. But now that we generally have free weekends, I like to visit family and friends and make back the lost time from going off the radar.

Trust your gut. Sometimes you trust your gut and it doesn’t go quite how you expect but I stand by it being the right thing anyway. There’s too much indecision around these days so I always say it’s important to trust your gut.

I had always wanted to use creativity as an outreach method and to work with vulnerable people so something similar to Reform, just maybe not radio.

I have two chickens that I keep in an allotment in Levenshulme.

I couldn’t say. I’m not a football fan at all.

I love to eat in a Middle Eastern restaurant called Jasmine in Chorlton. The Klondyke Club in Levenshulme is also great. It’s a real hub of the community and wonderful people run it. And then Victoria Baths because I just love that venue.

I would build a tram that goes to Levy.