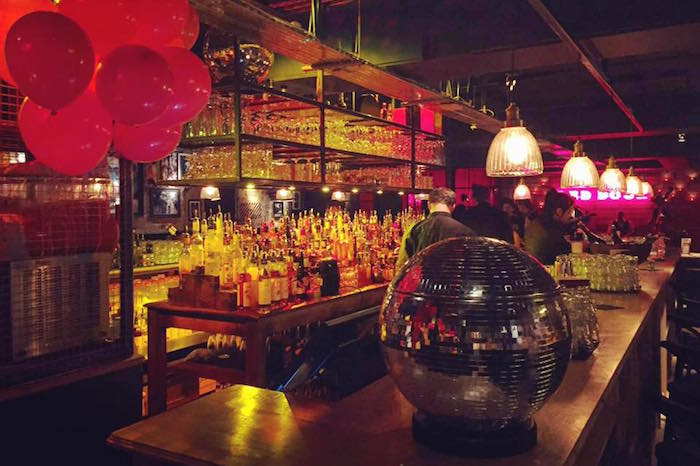 Going underground… Get off the beaten track, be a bit different and dive into these hidden subterranean bars in Manchester city centre. You could be creative and escalate into a bar crawl. 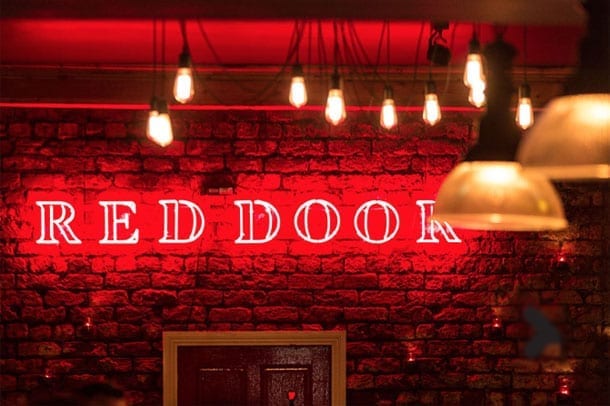 This upbeat venue sits in a basement underneath The Botanist on Deansgate. Expect a creative list of drinks, which come with creative extras from jellybeans to helium balloons, or in a giant, shareable disco ball if it’s that kinda night. If the feel-good music at Red Door doesn’t get you dancing, the bartenders will.
78 Deansgate, Manchester M3 2FW 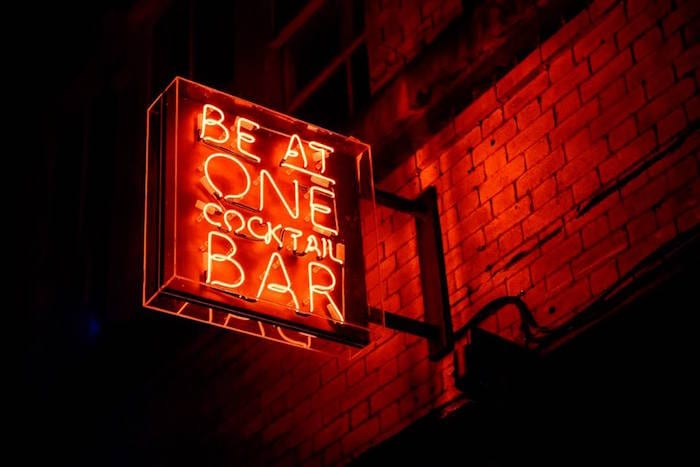 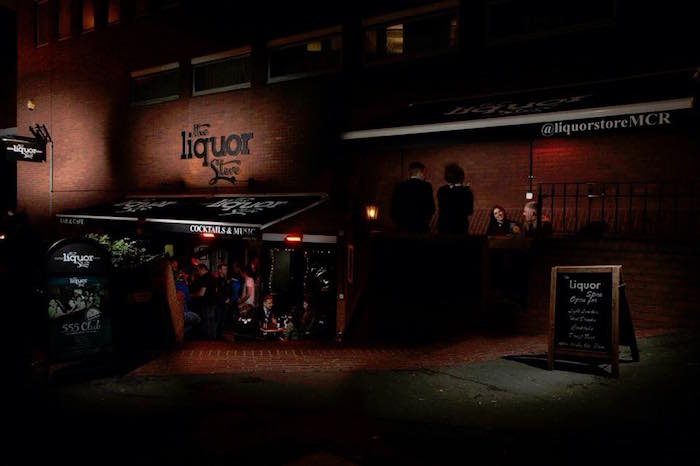 Tucked away in a basement house just off Deansgate, this hidden Manchester gem is (not so secret anymore) well worth discovering. Venture away from the beaten track of Deansgate bars, towards Salford, and you’ll find a cool, unpretentious crowd enjoying great Manchester music, fantastic cocktails and a wicked atmosphere with real togetherness late into the night. Open every night of the week (til 3am). Book your table online now for free to bag the best spot and service.
40 Blackfriars Street, Manchester, M3 2EG

Corbieres Wine Cavern is a hidden gem of a Manchester bar and one for the little black book of impressing your friends. Discreetly located down an access only side street of St Mary St (near St Ann’s Square), descend the stairs to find a cavernous drinking den with a buzzing atmosphere. Oak barrels, a cave-like roof and splendid lighting add to the feeling of drinking in a rather special place in Manchester. The icing on the cake here is the jukebox which certainly ranks highly in the Manchester jukebox stakes.
2 Half Moon Street, Manchester, M2 7PB

A crafty subterranean drinking den on Bridge Street heading towards Salford. An underground space, in a building that used to be a children’s mission, is a beautifully white tiled Victorian cellar – which, although having the feel of a butcher’s slaughter room, is not a reason to be put off.
50 Bridge St, Manchester M3 3BW 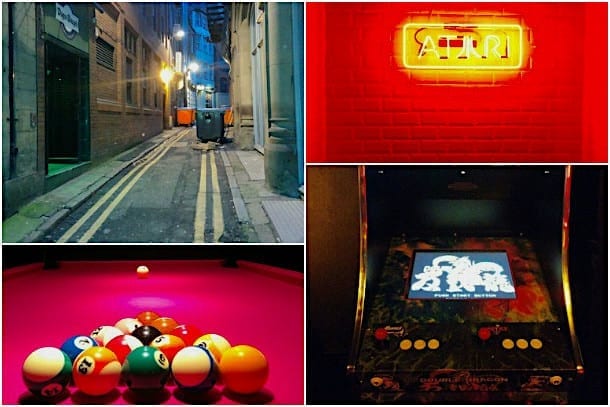 This pool and cocktail bar is a subterranean world of nostalgic arcade games 60 feet beneath the entrance to Dogs n Dough. The pool tables are made with some of the finest cloth in the world and they use the same balls as in the Mosconi Cup. The arcade machines, all custom built and brand new
17 Bow Lane (just off Cross Street), Manchester M2 4JN

Formerly The Temple of Convenience, is a strange little bar with a great atmosphere. You’ll find it on your left down some stairs if you head from the Cornerhouse to St Peter’s Square. The Temple is definitely a conversation starter. The fact that it’s a Victorian Toilet transformed into a Quirky Baronly adds to its charm. It is one of Manchester’s smallest bars, very popular due to a vast array of foreign bottled beers (with a few others on tap for good measure) and a jukebox packed with some amazing Manchester bands, many of whom frequent The Temple. The intimate seating plans encourages a relaxed and sociable atmosphere.
100 Great Bridgewater St, Manchester, M1 5JW 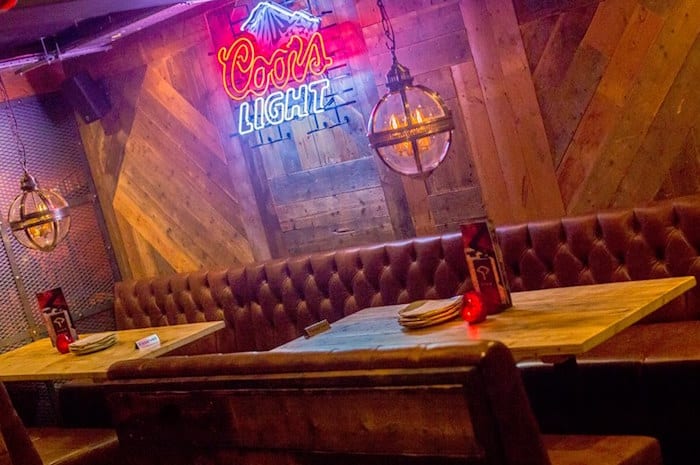 This basement bar is nestled in a popular NQ spot. It’s the place for all – from bites to sharers, sports, entertainment and live DJs – they’ve got everything going on in one hub. Dive is a multi-faceted eatery which is open from midday serving food (5 for £5 Tue-Fri 12-5pm) and offering early evening entertainment most nights – be it sports or a live band.
12 Tib Street, Manchester M4 1SH

Formerly spelt 2022NQ, Twenty Twenty Two is a unique music, arts, bar and ping pong space in the heart of the Northern Quarter in Manchester. Heading towards Tarrif Street off DaleStreet, have a peek down the back street to a discreet, what looks to be an loading access. It’s a creative space with a bar hosting a pingpong room, late night dancing, and exhibitions – an event space for hire.
20 Dale St, northern quarter, Manchester M1 1EZ 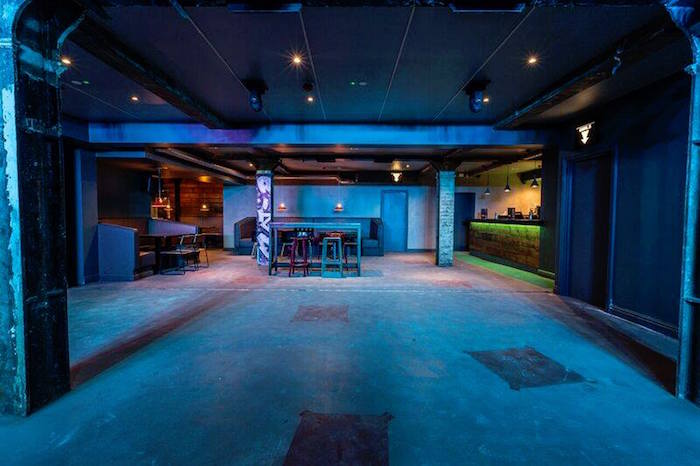 The newest addition to the Black Dog Ballroom family, The Bunker is an extension of Black Dog NQ and offers DJ sets, comedy nights, ping pong table – and a huge dancefloor. Fall in on Friday nights for weekly event, LOVE, with wall to wall funk, soul and disco and then Saturday night hosts a special guest DJ as they bring their massive dance floor to life. Other weekly nights include Acoustic Mondays and Fizz Face Friday, where Clint Boon takes to the decks for after-work drinks – £12 bottles of Prosecco between 5pm-9pm.
Basement Affleck’s Palace, Church St, Manchester M4 1PW