Middleton Arena played host to a showcase of inspiration and achievement last week as young people across Rochdale were celebrated.

The event was organised by young people who attend Rochdale Youth Service groups alongside youth workers.

Stories of overcoming personal challenges, fundraising, community cohesion and supporting others were shared on the night.

“It’s fantastic to hear these inspiring stories of care and determination.

“These young people shine so bright and I hope they’re very proud of all they’re achieving.” 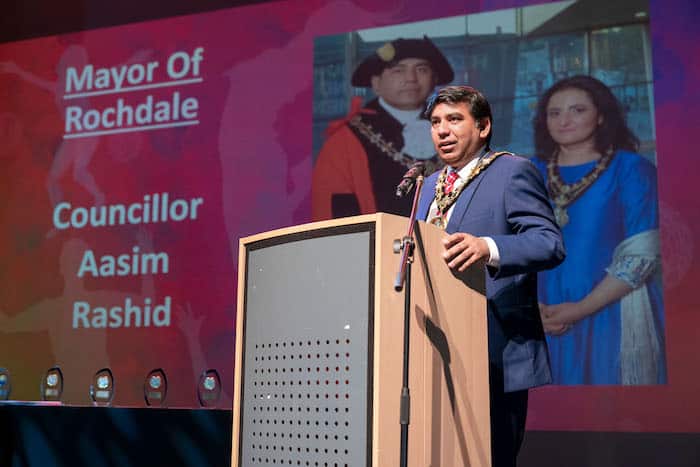 58 nominations were received for the awards and all nominees were presented with certificates with 11 winners taking home awards.

Jack Walsh won the ‘Resilience Award’ for his educational achievements.

He’s an exceptionally bright pupil, with his teachers describing him as ‘a pleasure to teach’. He’s been doing so well in his French that he recently sat a University module and got a ‘First’.

The ‘Creativity Award’ was won by Saleem Islam who had shown great determination and passion for a career in the film industry.

He’s received high GCSE results and has secured himself a film agent and a place at the popular and prestigious BFI Film Academy.

Ella Chadwick received the ‘Most Courageous’ Award. Ella is part of the hugely successful ‘Sign Along With Us’ group that is raising awareness of sign language and inclusivity.

She went the extra mile at Christmas, despite having to shield from COVID-19, by collecting selection boxes for young patients at Manchester Children’s Hospital.

She works hard to raise awareness of the importance of organ donation and disability whilst having continuous hospital visits herself.

‘Volunteer of the Year’ Award went to Sonny Reilly.

Sonny has been attending open access sessions for young people with special educational needs at Moss Street and Milnrow Youth Centres for over five years.

He’s used his skills and interests to help promote events the youth service run at Robinson’s Common and helping set up events. He’s a positive role model that others look up to and he’s working towards becoming a part time youth worker. 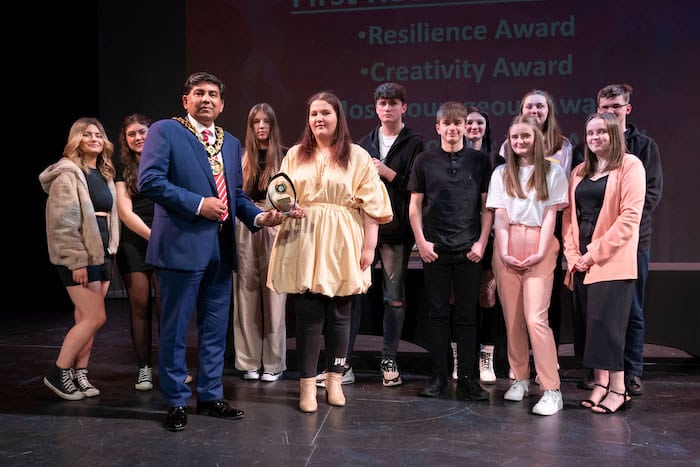 They planned the last Mayor’s Youth Awards in 2019 and championed the LGBTQ+ theme. They also developed a “wonder wall” as part of Darnhill Festival 2020 to inspire young people to feel positive and make a wish to make the world a better place.

They regularly do litter picks and flower planting in Darnhill which has such a positive impact in the local community.

The ‘Peer Mentor’ Award was won by Millie Hawley for her work in supporting youth workers and welcoming new people to youth groups.

She recently supported a young person with their mental health providing great encouragement for them to access support and keeping in touch with them to help and ensure they’re progressing positively. 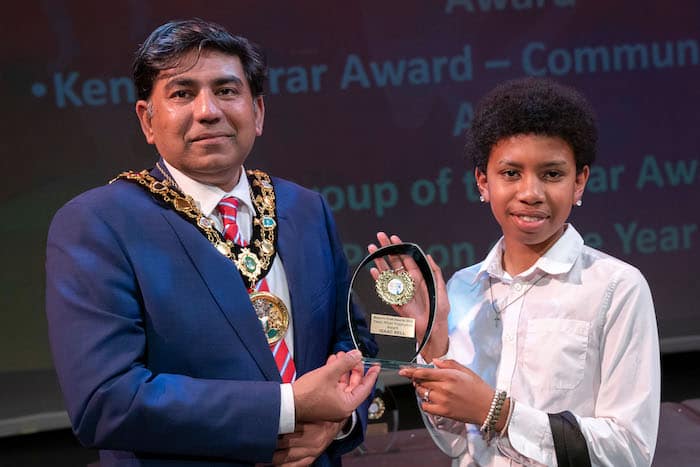 Isaac Bell took home the ‘Yasin Khan Inspiration’ Award. The award is named after former youth worker who passed away in 2017. He was passionate about young people’s desires and needs.

Isaac won this award for his commitment to inclusivity. He’s delivered powerful speeches at various events marking Black History and Trans Day of Remembrance where he speaks passionately about the impact of hate crime.

He has also been democratically elected as the first ever Deputy Member of Youth Parliament for Heywood and Middleton.

The ‘Kenny Farrar Community Cohesion’ Award was won by Irfan Naser. The award is named after a former youth worker who sadly passed away in 2018.

Kenny was passionate about bringing communities together and helping young people. Irfan won this award for his commitment to supporting the local Deeplish community.

He helps with litter picking, works with local councillors on issues in the area and helps deliver food parcels in the school holidays. He recently ran a community cohesion fun day with Rochdale Youth Service where over 100 young people attended. 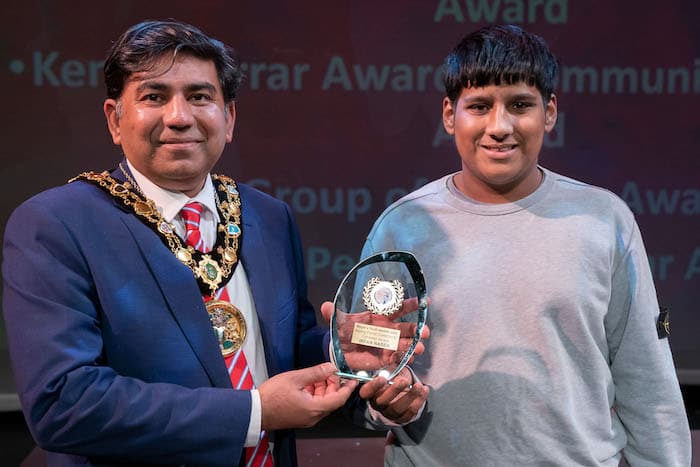 ‘Group of the Year’ went to The Zone. They are a group of cared for children who work hard to be a key voice for children in care and how they can make real change for others.

They work closely with the council’s corporate parenting board and support the council with recruitment to management roles. They have been working with professionals around the use of language and terms that cared for children would like to change.

Beth Kilgallon scooped the ‘Community Champion’ Award. Beth has developed her confidence so much, she applied to me a Member of Youth Parliament and gave keynote speeches to her peers.

She also volunteers a lot of her time with community groups that help the homeless and foodbanks as well as fundraising for community projects.

Her sheer determination sees her recognised in her local community as someone who is making a positive difference to other people.

Demi-Leigh Hall was named ‘Young Person of the Year’. Demi participates in many aspects of Milnrow Youth Club to help others. 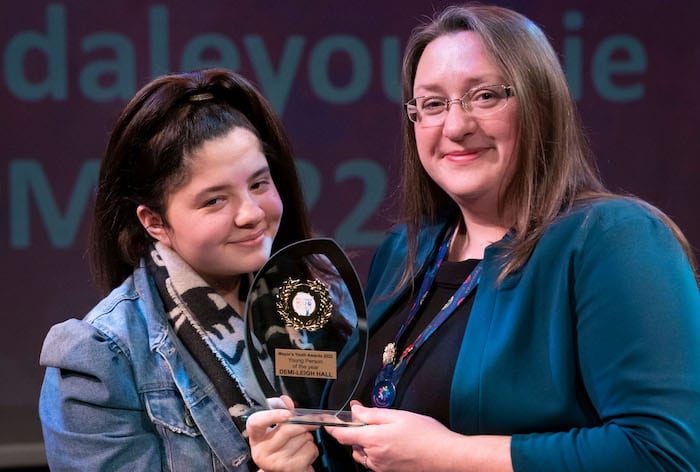 She is proactive in signposting others to support and raising safeguarding concerns.

“This was such an uplifting event celebrating some wonderful stories of personal growth, development and community spirit,” said Councillor Rachel Massey.

“What comes across loud and clear is how passionate and caring young people are and the pride they have for their borough.

“Well done to everyone who was nominated and to the winners, you’re all doing amazing things to support others around you.”