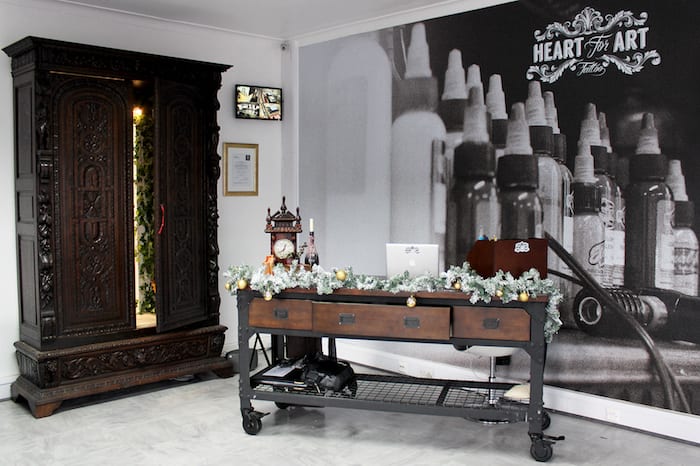 You could be forgiven for thinking you’ve walked into the wrong building at Heart for Art tattoo parlour, what with a custom-built Mutt motorcycle on one side and an impressively hand-carved wardrobe on the other.

The reception is no bigger than a bedroom, but that was just part of the illusion as the man of the hour emerged miraculously from a secret door like he’d just stepped out of Narnia. This is a tattoo parlour with a difference.

‘Timeless, bespoke body art’ isn’t just Heart for Art’s mantra but a way of life, according to founder Danny Birch. Getting a tattoo is one of the most important parts of some people’s lives, so making sure that they get something that’s special and unique to them is pivotal.

If you want a timeless, bespoke piece of body art make sure you check out Danny and his team at Heart for Art. You can them at two branches located here: