Oh no! Yoko Ono unable to attend MIF 2019 opening event – but thousands will come together to send message of peace to the world

Her face has appeared on billboards across Manchester for weeks promoting her huge opening show for Manchester International Festival 2019.

But it has now been revealed that Yoko Ono, 86, will not be attending the world premiere of her Bells for Peace event in person in Manchester tonight.

Instead she will be sending a recorded video message to address the crowds who attend the free event on Cathedral Gardens from 6pm on Thursday, July 4th.

New York-based Yoko is calling on the people of Manchester to join in the mass participation event to send out a message of peace to the world.

It will become a people’s orchestra for bells – with thousands of chimes ringing out during the 45 minute event.

MIF bosses have created 4,000 hand-engraved bells, created by communities across Manchester at special workshops, which will be handed out to people attending the event tonight.

A spokesman for MIF today said: “Yoko wished to attend, but is not able to travel to Manchester to be here in person. She will be conducting the bell ringing onscreen.

“As an artist, Yoko Ono has created Bells for Peace, which is a mass participatory artwork for Manchester. The work is created by the act of people coming together in a particular place and time (4th July, 6pm, Cathedral Gardens). Like with many of her other artworks, it would not be complete without our participation.

“We want as many people as possible to ring bells, collectively and as loudly as possible, to send a message of peace to the world.” 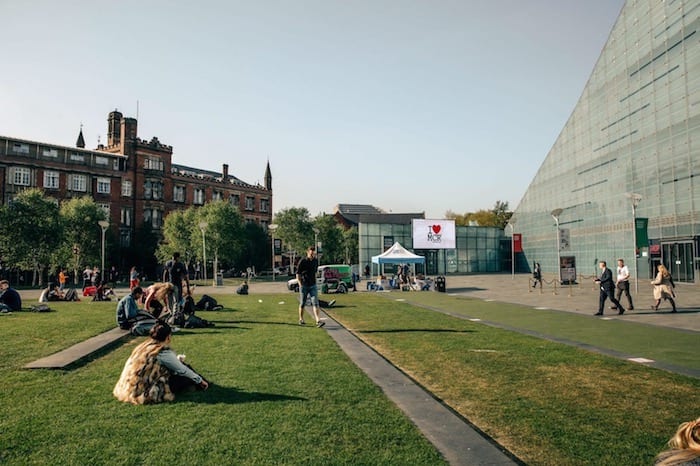 In the pre-promotion for the show, Yoko, widow of Beatles legend John Lennon, urged the people of Manchester to attend the mass participation event.  She said at the time: “Come and join together to send a message of peace to the world. The beauty of this piece will break the sky and more. Ring for peace! PEACE is POWER! I love you all.”

There will also be a live stream of the event on MIF’s website tonight from 6pm. 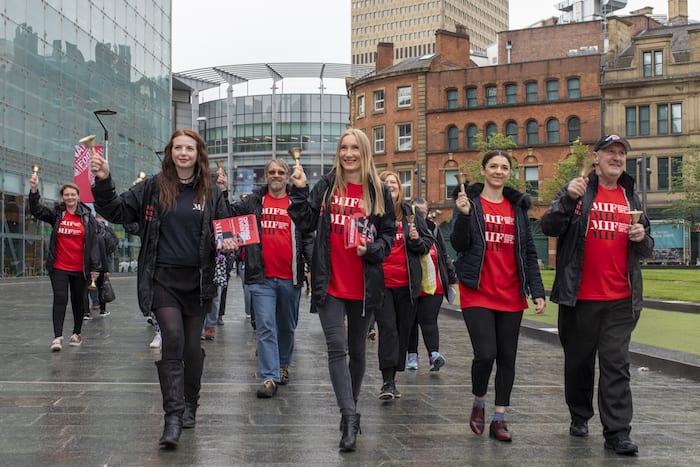 The Bells for Peace event kicks off the 18-day festival of world premiere arts events in Manchester, which will include Idris Elba and Kwame Kwei-Armah’s Tree at Campfield Market, Maxine Peake in The Nico Project at Stoller Hall and Janelle Monae performing at Castlefield Bowl.

There’s a major exhibition at HOME celebrating the work of filmmaker David Lynch but, like Yoko Ono, he is also unable to travel to Manchester during the festival and will take part in a Q&A via a video link to LA.

Read More »
September 26, 2020
PrevHave you read?See amazing views of Manchester from the new penthouses you can rent 44 floors above the city
Next read...Huge Game of Thrones convention coming to Manchester this summerNext