Yard and Coop: The Big Student (C)hook Off

Freshers is a blurry memory, bank accounts have been drained and you’re wondering if you will ever be able to afford food that isn’t a Pot Noodle or a tin of beans from Aldi. But don’t worry, students of Manchester. Because if you thought there’s no such thing as a free lunch, think again, says Elliot Garlick…

Specifically, Yard and Coop, a speciality chicken restaurant that opened in the city centre earlier this year. Basically, they’re new, which means they’re trying to spread the word about the buttery goodness of their chicken.

How? By promising every student in Manchester a free chicken dinner.

Let me repeat that. A free chicken dinner. No cash, no debit card, no borrowing off parents required. Just turn up at the Edge Street restaurant (with a valid student ID) on October 14th and you’ll be given a plate of tasty buttermilk chicken, alongside a generous helping of chips.

On top of that, Yard and Coop have also pledged to feed one lucky student for an entire year, as long as you sign up to their website. Yes, signing up is annoying, but it could seriously cut down on your food budget.

Not only are they giving away a year’s supply of food. Not only are they feeding every student in Manchester for a day. They are also giving all students a 10% discount on any purchases all year. That’s 24 hours a day, 7 days a week, 52 weeks a year of cheap chicken, available exclusively to students. 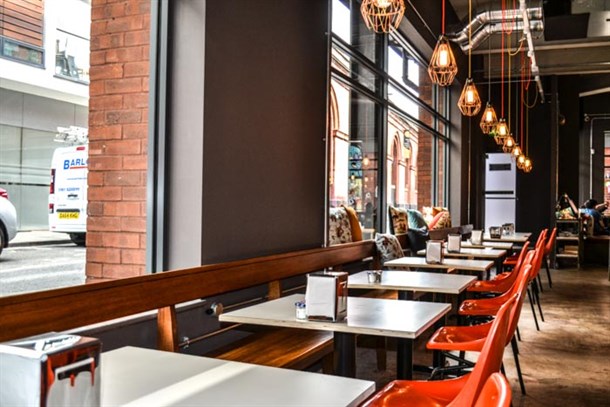 Now I have to admit I’m in two minds on this. On the one hand, this is a restaurant trying to cash in on the second largest student population in Britain. If they get all Manchester and MMU students lining up to buy their food, they never have to worry about money again.

On the other hand, free chicken! The idea of eating a meal that isn’t one hundred per cent carbs fills me and my stomach with a warm, fuzzy feeling. And did I mention the ‘free’ part of this deal?

And although I’m pretty sure the idea is one meal per customer, a small, cynical part of me is pointing out that this offer runs for twelve hours. At least two different sets of staff.

So if you are hungry, if you are poor, even if you just want to get the most out of Manchester while you can, then grab your student ID and head to the Northern Quarter ready to chow down on the one of the best free meals you’ll probably ever eat.

Please note, this offer is running on October 14th from noon until midnight and will require a valid student ID.