Who ya gonna call? Five of the scariest places in Greater Manchester

From ghostly activity to sinister urban legends, Greater Manchester is home to many haunting stories, and it seems we can’t get enough terrifying tales.

According to research by Open Property Group, Manchester is one of the top UK cities for making the most spooky searches on Google, with search terms including ‘haunted house’, ‘haunting’, ‘paranormal’, ‘afterlife’, ‘tarot cards’, ‘mediumship’ and ‘ouija’.

If you’re keen to investigate yourself, these five places have seen a wealth of creepy goings-on over the years, from poltergeists and malevolent woodland goblins to the devil himself.

This historic Tudor house in Salford has reportedly been the site of several hauntings. The White Lady, said to appear in the Great Hall or Star Chamber, is believed to be Queen Elizabeth I’s best Maid of Honour, Margaret Radclyffe, who died of a broken heart in 1599 following the death at sea of Alexander, her twin.

In 2004, TV’s Most Haunted visited Ordsall Hall and reported supernatural and poltergeist activity including moving tables, strange noises, light anomalies, and one of the crew being grabbed.

As well as running ghost nights where visitors can spend an evening investigating the alleged hauntings, Ordsall Hall have also set up GhostCams so anyone can log on from home to view a live feed of the hall’s rooms and see if they can spot any ghostly activity.

The Audit Room at Chetham’s Library

Britain’s oldest surviving public library, Chetham’s was founded in 1653 and has been in continuous use as a free public library for over 350 years. John Dee (1527–1609) was an alchemist, polymath and advisor to Elizabeth I, and as warden of the Manchester Collegiate Church he lived in Chetham’s School.

Docctor Dee had a reputation as a scholar of the occult. Looking to contact spirits through the use of a scryer or crystal-gazer, he formed a friendship with Edward Kelley, going under the name of Edward Talbot to disguise his conviction for forgery. Kelley’s influence extended to dubious demands, including that the angel Uriel had ordered the men to share all their possessions – including their wives.

Dee was forced to leave the city in disgrace in 1603 for allegedly summoning the devil himself. A table bearing a circular burn mark allegedly made by Satan’s hoof still exists in the library’s Audit Room.

Also known as the House of the Skull, Grade I listed Wardley Hall in Worsley was built in the 15th century. The origin of the skull, kept in a niche at the side of the main staircase, is believed to be St Ambrose Barlow, the fourth son of Sir Alexander Barlow, of Barlow Hall in Didsbury.

He was arrested and brought to trial in 1641, accused of being a Catholic priest – “and at no time denied the charge”. Found guilty, he was condemned to be hanged, drawn, and quartered. After Ambrose had been martyred, his head was severed and sent to Manchester on the orders of the magistrate, to be displayed as a warning to others.

Now used as the official residence of the Roman Catholic Bishops of Salford, the Skull House is one of the few buildings in the north west to be named in the Domesday Book. It is said that when the skull was thrown into the moat it caused terrible raging storms and when moved, ‘all hell breaks loose’ in the house.

A large urban park in Blackley, Boggart Hole Clough occupies approximately 190 acres of ancient woodland, though the picturesque clough is allegedly haunted by a boggart – a mischievous, goblin-like spirit that typically occupies fields and marshes, but can also be found indoors.

Known to make things disappear, milk go sour, and dogs go lame, the malevolent boggarts inhabiting marshes or holes in the ground are frequently attributed to more serious evil deeds such as the abduction of children.

Similar to the spirit haunting the family in the horror film Paranormal Activity, one story says the boggart of Boggart Hole Clough forced local farmer George Cheetham and his family to flee from their home – only to return when they realised the creature would simply follow them.

Stunningly beautiful Manchester Cathedral has a long history of paranormal occurrences and ghost stories, the most famous of which focuses on an unnamed man and his sister, Fanny.

A story from the 1840s says the man was praying in the building one evening and was shocked to see his sister, Fanny, standing at the top of the cathedral – unexpected, since she lived many miles away. He called out to her, but the woman walked away and suddenly vanished.

The following morning, he was informed that Fanny had passed away the previous evening – around the time of his sighting. 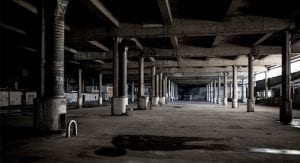 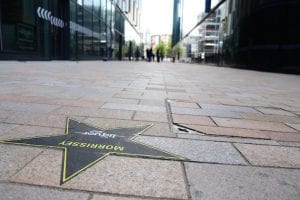