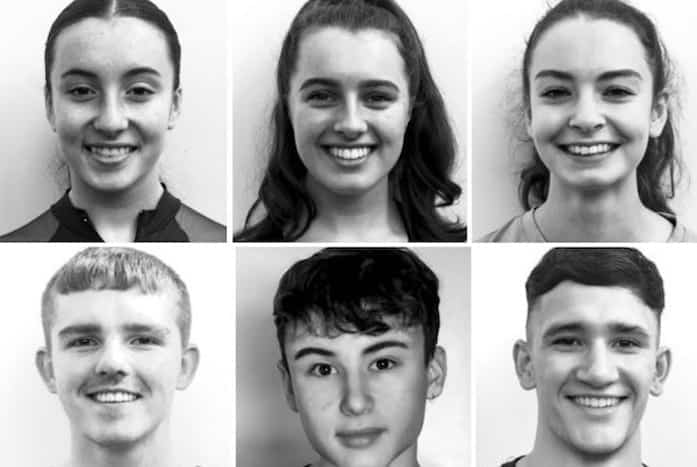 Shakespeare’s classic tale of star cross’d lovers has inspired the creative community for generations. The tragic and passionate love story set against the conflict of two divided families has spawned countless plays, musicals, operas and songs.

For choreographer Matthew Bourne, whose world premiere ballet of Romeo and Juliet opens this week at The Lowry as part of a UK tour with the New Adventures company, it was the opportunity to channel the enthusiasm and talent of young people which inspired him.

And several of the young stars appearing at The Lowry in their first professional roles are from Greater Manchester.

“I got more excited when it was suggested that we cast it with young people, we work with young creative associates in all the different departments on the show alongside all my usual world-class team that I work with, and it was all about nurturing them while telling the story.

“That is what got me excited about it.”

The story works especially well for ballet because of its themes, believes Matthew.

“Dance is very good at extreme emotions, and Romeo and Juliet as a story is certainly full of those. It has passion, love against the odds, and several extremes of murder and violence.

“It is all those big emotions. Shakespeare captured it very well. Young people are very hot headed and react very quickly to things.

“One thing I have tried to bring out is that when young people first fall in love and feel that passion, they really go overboard in many ways. I often think about how classical ballet handles this and how the young girl gets very excited by a kiss on the cheek.

“Young people today, if they are into each other, are kissing until their mouths are sore. I have tried to capture that intensity.”

As part of New Adventures’ ambition to support the next generation of on-stage talent, Romeo and Juliet will feature the finest emerging male and female dancers from around the UK.

The search began in April 2018 with a call-out for young dancers currently in training aged between 16 and 19.

Attracting over 1000 applications and following a UK-wide audition tour, young cast members will perform at each venue alongside the New Adventures company.

Joining the full time cast in Salford will be six local young cast members making their debut with New Adventures.

What does it mean for the young dancers to appear in such a high-profile production by world-renowned choreographer Matthew?

“This is professionally my first time on stage so it’s really exciting,” says Kayde-Samuel Wright from Openshaw.

“As a kid I used to jump around in front of the TV to music a lot, so my Mum thought it would be a great idea to take me to dance classes,” says the young dancer, who is currently in his graduate year.

“Recently I joined The Lowry Centre for Advanced Training in Dance, part of a national programme aimed at young dancers who are passionate about dance and interested in the art-form as a career,” says Georgia Collier, 17, from Bolton, who has been dancing since the age of three.

“It’s through this that I heard about the auditions for Matthew Bourne’s Romeo and Juliet, and now I’m here, part of the New Adventures company.

“It’s the first time I’ve ever been on The Lowry stage, even though I train there,” says Georgia, who says it means “absolutely everything” to be part of the new production.

“When I watched Matthew Bourne’s Red Shoes with my Dad a couple of years ago I thought ‘I’d love to perform on that stage. Now I’m part of the company and it’s incredible performing together and bouncing off each other’s energy.”

“It’s really exciting to be part of a professional cast, working with them and learning from them,” agrees 18-year-old Katie Agarwal from Oldham.

“I’m so excited to finally perform with them on stage to an audience.”

Matthew admits he was daunted when he started on Romeo and Juliet, but that creative fear has been replaced by excitement with this new addition to his 30-year creative portfolio which includes work in theatre, dance and film.

As far as Romeo and Juliet is concerned, he feels it has something to offer everyone.

“I don’t think dance needs to be scary,” says Matthew. “People do get worried because they think they are not going to get it. I don’t want people to feel that way.

“Equally I want people to have something to get their teeth into as you do when you see a great movie or play, or you are trying to follow the plot of Line of Duty on TV.

“You can’t just sit back so it is all easy, easy. It is challenging for our audiences in some ways but they have grown to love that in our work. They want twists and there are some in this version, but it is all very clear and very easy to follow.

“What is coming across is this incredible energy among the performance and the fast-moving nature of it. What we have set out to do is celebrate this incredible youthful energy.

“The show explodes with it.”