Wing Fest is making a return to the city – does Manchester make the UK’s best chicken wings? 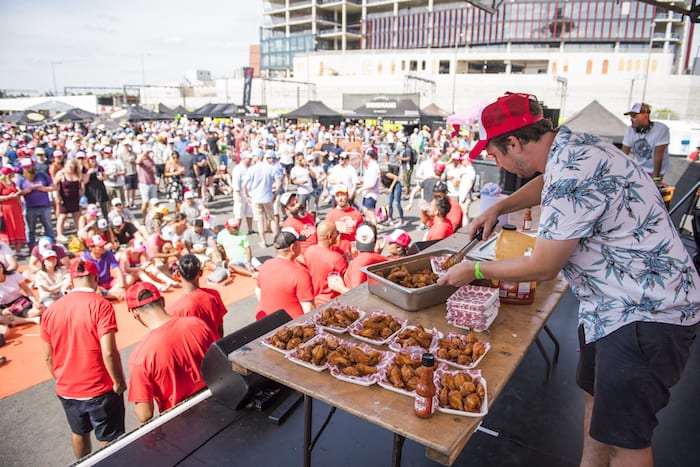 A range of restaurants, street food traders and pop-ups from across the UK, will display their culinary talents and compete against each other over to answer the age-old question: Who makes the best wings in the UK? 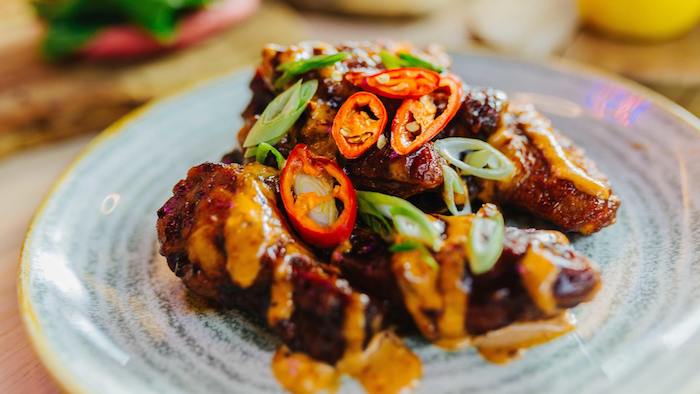 The Manchester Wing Fest competition will be split into two categories:

Local Manchester favourites such as Kong’s Chicken Shop, Wing Dash and Yard and Coop, will be taking part against some of the best clucking vendors across the UK. All wing slingers will be competing to win a vote from 6000 chicken wing fans to guarantee their spot in the Hall of Flame.

Wing Fest’s legendary competitions will be held across both days, and are set to get seriously heated. The deadly Lava Wing Challenge, hosted by Clifton Chilli Club, is the UK’s hottest wing challenge, renowned for the carnage it causes and strictly for the brave. 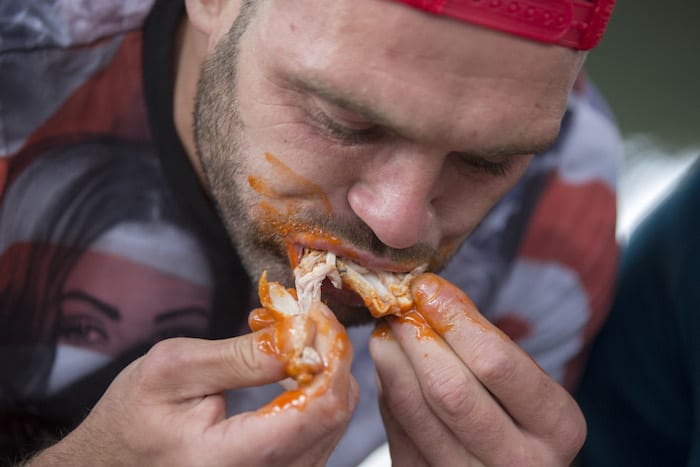 If you’re a true wing aficionado, then sign up for the Bull’s-Eye Wing Eating competition hosted by Food Review Club. Competitors who are hungry enough to win compete against each other to see who can eat the most chicken wings in the fastest time – easily the messiest spectacle across the two days.

As well as working their way through a whopping 200,000 drums and flats, Manchester Wing Fest goers can expect plenty of beer from Meantime Brewery. Entertainment will include live blues music, brass bands, axe throwing, games, and BBQ cooking demonstrations. There will also be cocktail and bourbon master classes hosted by Horse With No Name and Jameson’s Orange, as well as DJs playing summer party vibe tunes into the night.

Bruce Gardner, Brand Experience Director at Pardera Lateral, who act as asset manager for the Trafford Centre said, “This is the first year Wing Fest will be operating at Trafford Centre and their arrival only serves to reinforce Trafford Centre as the premier retail and leisure destination in the North West. We continually strive to create extraordinary experiences that escape the ordinary.”