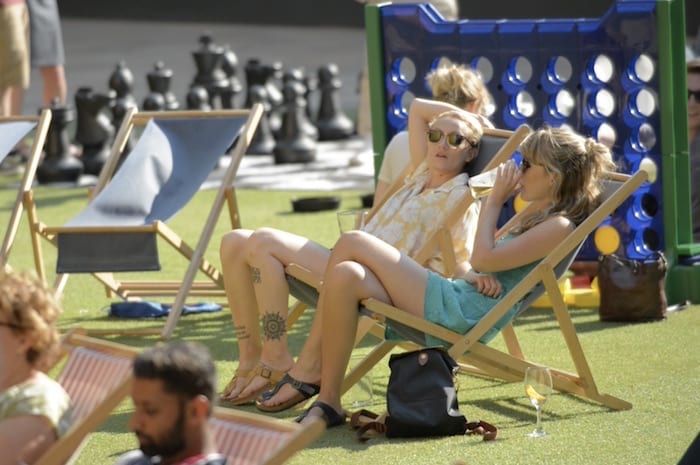 Pimm’s, strawberries and cream, and lounging in the sun in a deckchair all day. Just some of our favourite things about Wimbledon fortnight. Oh, and there’s the tennis, too.

Yes, we’re well aware that World Cup fever is still raging, but if you prefer games with smaller balls, don’t sweat because Manchester’s got it all going on this summer. 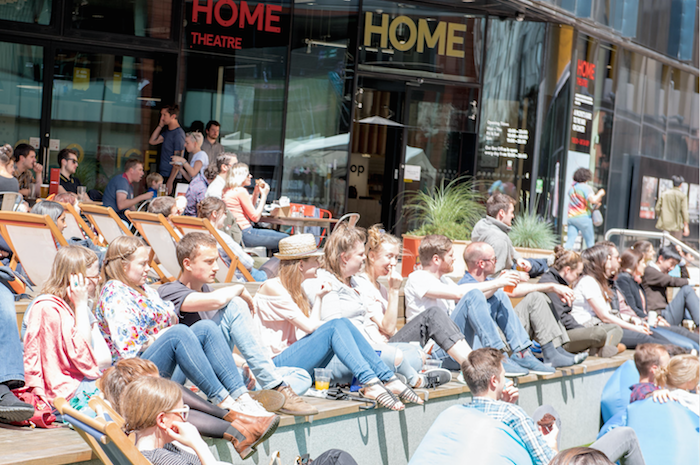 First Street has firmly cemented its place as the home of Wimbledon in Manchester for the third year running. The whole tournament is being screened live on the big screen on Tony Wilson Place right through to the finals on 15th July.

Situated outside HOME, it’s the perfect spot to pull up a deck chair, grab a Pimm’s and catch all the tennis action. If you get fed up with the tennis, there are table tennis tables, giant Jenga and chess games, too.

WOOD is offering two glasses of Pimm’s or two bottles of Estrella for £5 from the Wood shack on First Street and The Laundrette is offering a special cocktail to celebrate Wimbledon fortnight on First Street. It’s called Deuce and it contains rhubarb gin, fresh strawberries and lemon topped with meringue foam. 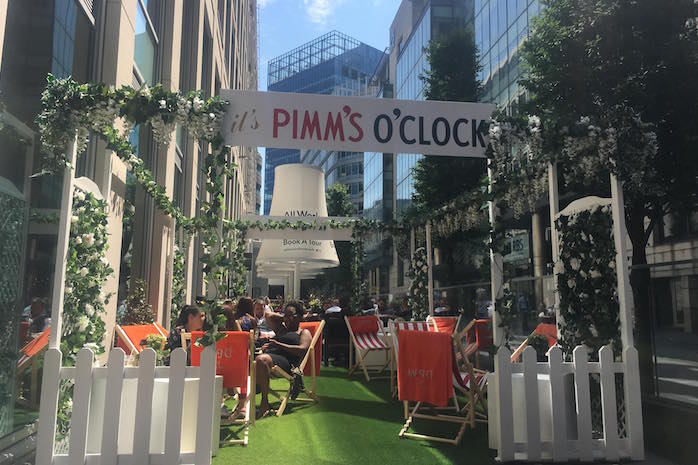 The Refinery in Spinningfields is getting into the Wimbledon spirit, screening the 2018 Championships on a large screen in the bar. The all-day drinking and dining destination has teamed up with Wimbledon’s official drinks partner Pimm’s with a specially curated drink and nibbles menu featuring Pimm’s cocktails, sweet treats and a special afternoon tea offering. There’s a pop-up Pimm’s garden on its terrace, too. 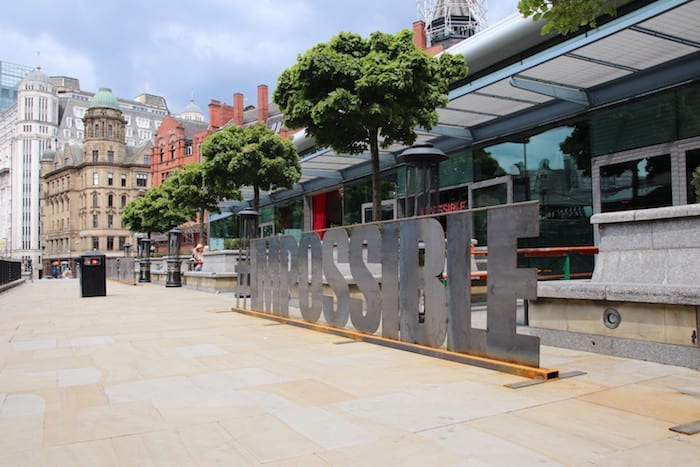 Feel like you’re on the court yourself at Peter Street bar Impossible, where they will be showing all the action on the astroturfed terrace’s big screens throughout the tournament. They are also working with London distillery Sipsmith to offer an outside bar on the terrace serving up a twist on the traditional Pimm’s Cup. Give their Sipsmith cup a go for something a little different this Wimbledon. The south-facing terrace is a popular spot to soak up some rays so reserving a table in advance is advisable. 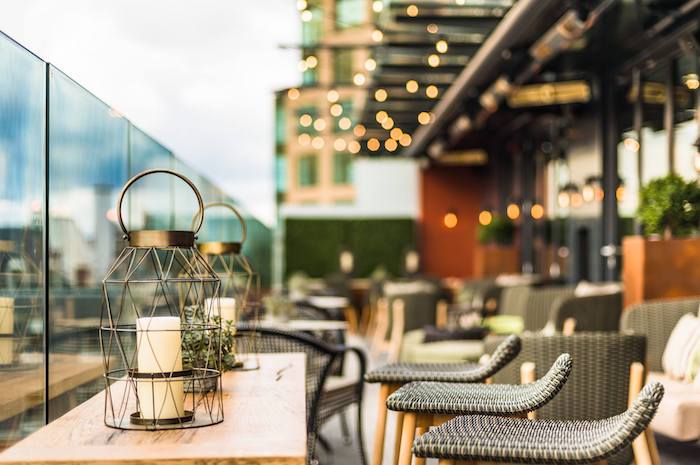 No strangers to a well-timed afternoon tea theme, the folks over at King Street Townhouse have put together a Wimbledon afternoon tea to get you into the spirit. Back by popular demand and available until 15th July, tuck into traditional English delicacies including smoked ham sliders, Pimm’s trifle, Centre Court macaroons, delicate finger sandwiches, Victoria sponge, plus a bountiful flow of tea to wash it all down.

Black Dog Ballroom’s always been a Wimbledon-watching favourite and this year, when it’s not showing the World Cup, you can head in to catch the tennis action. Whilst you’re there, stock up on hearty American plates and make sure to wash it all down with a Pimm’s or three. 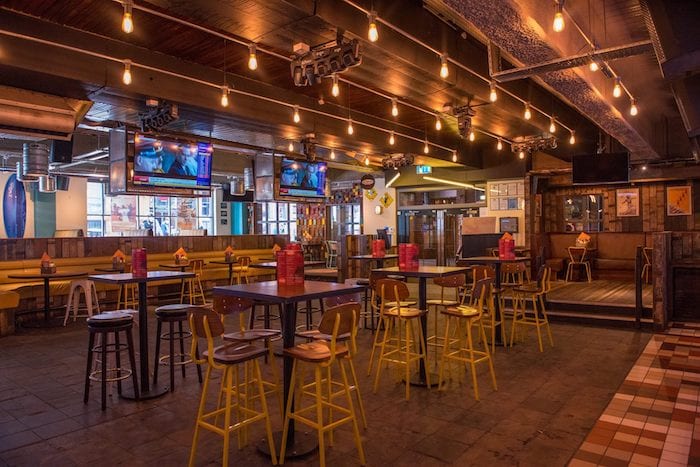 It’s game, set, and match at Walkabout this summer as the Aussie-inspired bar shows all the action from Wimbledon. Head on in for more HD screens than you can shake a racket at, a great lager selection and plenty of post-match fun till late. 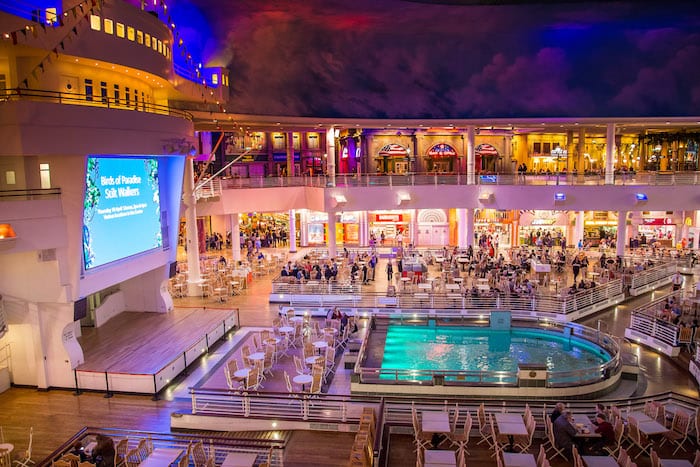 Head to the big screen in The Orient to catch a series of scheduled matches, surrounded by over 200 shops and so many food outlets you’ll be spoilt for choice. The perfect place to keep everyone happy whilst you get your tennis fix in.

If you’re feeling shade over sunshine, head down to Bavarian Printworks bar Bierkeller, where you’ll never have to crane your neck to catch a serve again. Showing all the action on a huge 4x2m HD LED TV, two projector screens and over 20 HD LED flatscreen TVs in the venue, you won’t miss any of the action here. And they have some great happy hour offers just waiting for you, including pints of draught beer from £1.70 and mixers starting at £2.90.