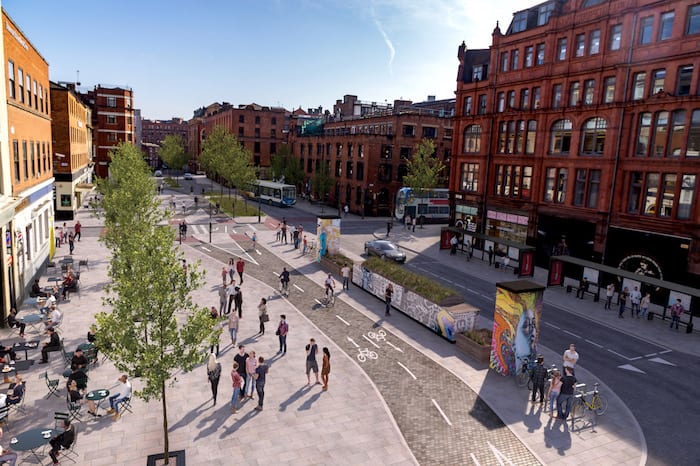 From this Friday 3rd July, Stevenson Square will be traffic-free as the area has been designated as a temporary pedestrian and cycle-only zone.

Ducie Street will also be also closed to traffic between London Road and Dale Street from Friday, while Withy Grove is becoming a one-way route to provide more space for pedestrians.

Manchester City Council has already designated a new temporary traffic-free zone to keep people safe on Deansgate and extended the traffic-free hours for an existing pedestrian and cycle zone on Thomas Street, in the Northern Quarter.

Both Stevenson Square and the section of Ducie Street will be pedestrian and cycle zones seven days per week until further notice, with access for businesses provided from 6am – 10am daily.

The Ducie Street part-closure is designed to remove the need for pedestrians to gather in groups waiting at traffic lights and to prevent queueing vehicles from blocking trams and buses on Aytoun Street.

Footways have also been widened at a series of busy city centre and district centres, making more room for social distancing as people walk safely between major transport hubs and local businesses.

All measures are temporary, to help the public avoid danger from traffic while observing the requirement to socially distance.

But in response to feedback from a consultation carried out earlier this year around walking and cycling in the Northern Quarter, the council is looking at making permanent closures and other changes for the area. 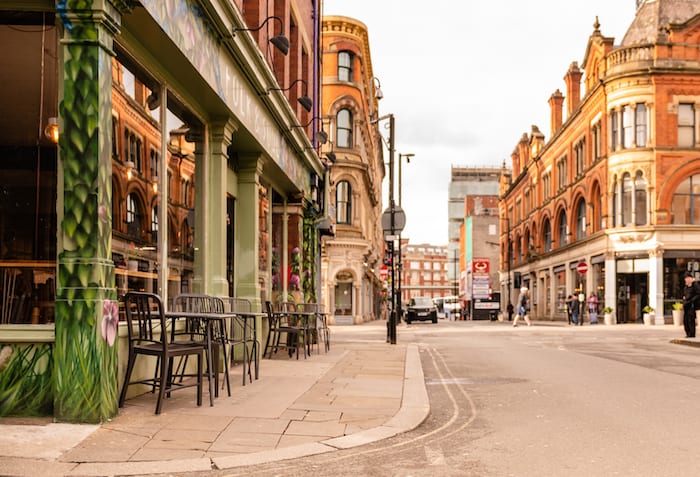 More than half the respondents who commented on Stevenson Square in the consultation felt that it should be pedestrianised. However, the council says any such permanent changes will not be reviewed or progressed until a further consultation is carried out and all feedback and comments from residents, businesses and all partners on the temporary closures are reviewed.

“Making more space for people to get around the city centre safely is absolutely crucial at this time and this is another step towards rebuilding the city in a way that is fit to respond to a number of challenges,” said councillor Angeliki Stogia.

“Action we take now to create new traffic-free zones at Stevenson Square and close to Piccadilly Station will help people have more confidence that they will be able to socially distance appropriately on their return to the city centre, as well as contributing to reducing air pollution and responding to the climate emergency.

“As bus usage is steadily increasing again, we want to protect the long-term viability of our public transport services because of their essential value to communities across the city and their contribution to reducing overall carbon emissions.

“I would encourage everyone to give us their feedback and let us know how the traffic-free zones affect them, so that we can work together to make them a success.”

Local residents, businesses and people who work and travel in the area can provide their comments on the temporary changes by emailing nqwalkingandcycling@manchester.gov.uk.