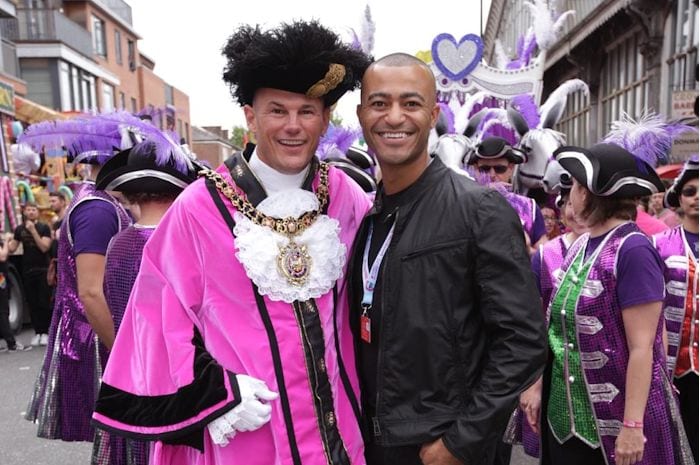 The Manchester Pride Big Weekend 2016 has drawn to a close. A 72-hour party celebrating LGBT culture over the August Bank Holiday Weekend. This year we were treated to a thrilling set from Will Young who spoke of his own experiences coming out 15 years ago, a Saturday night show from Katy B and MNEK and one of the biggest Pride parades yet.

The parade took place on Saturday and was filled with bold floats and performers including a live mix from the DJ E.M.A, kissing coppers, drag queens and even Jeremy Kyle.

For the first time the city has an openly gay Mayor, Carl Austin-Behan, who wore a specially made pink robe for this year’s festivities.

After crowds were treated to show-stopping performances from Tulisa and Sophie Ellis Bextor on Friday night, there was still a carnival mood in the air which continued throughout the weekend.

The parade helps to raise money for a range of charities and organisations every year, with well over 100 involved. One of the winning floats this year was a fine tribute from the Joshua Wilson Brain Tumour charity – a community float featuring more than 60 volunteers in rainbow coloured T shirts, raising money inspired by SuperJosh, an incredibly brave young boy with a brain stem tumour.

“We’ve seen some of the most inspired and inspirational parade entries ever,” said Manchester Pride chief executive Mark Fletcher. “It has been the longest parade that Manchester Pride has ever organised and the city has yet again come out to celebrate and support the many LGBT people that live in this brilliant city.” 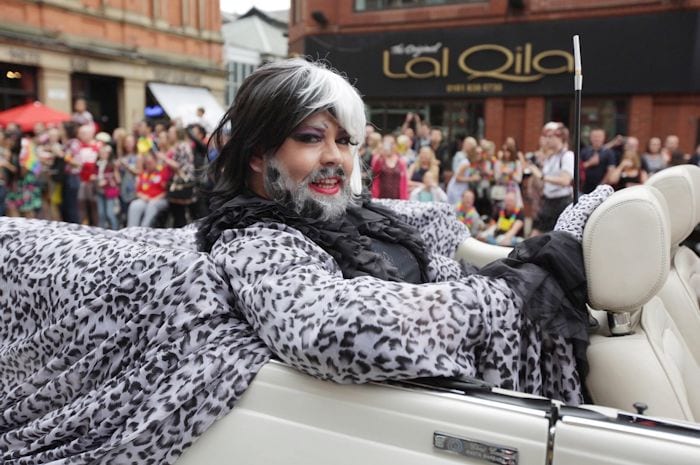 Pride has come a long way since it started over 20 years ago. Who would have thought one of the city’s biggest party weekends started out as something resembling a jumble sale – a stall set up by the Village Charity in the late 1980s on Canal Street close to The Rembrandt Hotel to raise money for HIV and AIDS causes

It wasn’t long before the party started. In 1989, the Northwest Campaign for Lesbian & Gay Equality organised what was Manchester’s first ‘Celebration of Gay and Lesbian Diversity’ which became known as Love Rights. The significance of 1989 was that a lot of the gay community were coming together to oppose Section 28, a controversial measure which prohibited local authorities from ‘promoting’ homosexuality and prevented councils spending money on educational materials and projects perceived to promote a gay lifestyle.

It became clear that this wasn’t just a jumble sale but part of a significant movement. The stalls moved to a new location in Sackville Gardens and by 1991 the event had expanded to include a full programme of activities from Friday to Monday like the current format called The Carnival of Fun Weekend. 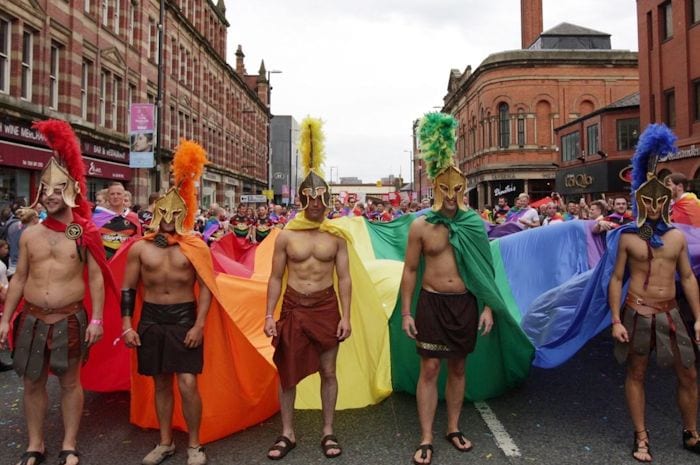 There was growing public support too, with the weekend funded by North West Development Agency and messages of goodwill received from Princess Diana and other people in the public eye.

Over the following years, the event developed with support from Manchester City Council and the Village Association and became known as Mardi Gras, taking place in and around the Gay Village.

In the early 2000s it became known as Gayfest and won the right to host Europride in 2003, establishing Manchester as a place to celebrate LGBT culture on an international scale.

By the end of 2003, plans were underway for an annual event called Manchester Pride to take place and in 2007 it became a dedicated charity to which you can still contribute to today. 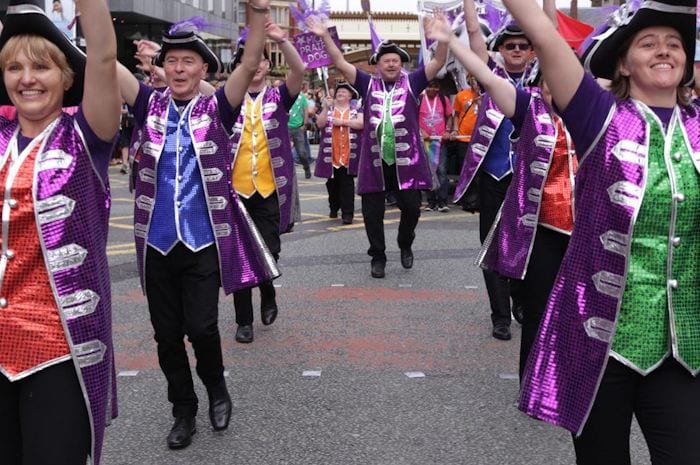 By 2014 Manchester Pride expanded to offer the LGBT community a bigger say in the organization and how events are operated and to continue to uphold the memory of those who have faced hardship.

For a number of years the Pride festival has been brought to a close with a powerful candlelit ceremony in those same Sackville Gardens which inspired a movement generations ago – and it still continues today.

Following a packed Bank Holiday Monday of performances from Britain’s Got Talent, The Voice and X Factor favourites, the crowd became quiet and reflective for an evening of remembrance.

The Big Weekend 2016 vigil was marked by a special event from the Mayor Manchester himself telling crowds that a rainbow flag will now fly in the gardens at all times. A poignant end to a great weekend, for sure.