Why We Should be Proud to Show Off MCR’s Food & Drink Scene. Even to Our Mums.

Mum’s the word on Manchester’s food and drink scene.

My dear old Mam came down from the North East to visit me over the weekend. Which gave me a chance to show off the city – but also, to almost act as a tourist in my own home.

When you spend all your time working in (and for) the city, you often forget to step back and take it all in every once and a while.

Naturally, food and drink was the emphasis. When I was growing up, my Mam was a regular winner at glut of North Yorkshire country shows where baking was considered more important than life itself. It was one of the things that sparked my early interest in food.

So I was keen to show the city’s diverse offering.

Which meant starting with a lunch at Manchester House. Fine dining will never work in Manchester, apparently. The full to bursting dining room seemed to suggest differently. 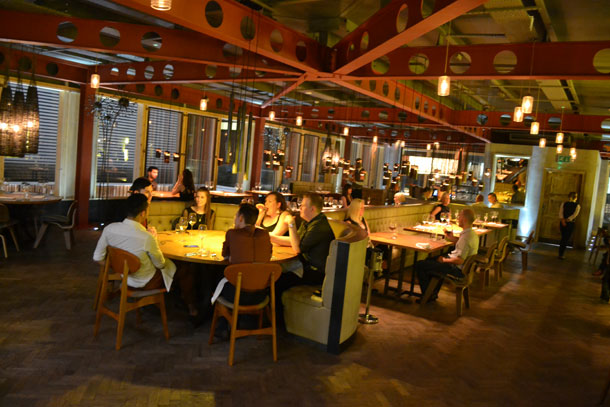 They had the TV cameras in again. I’m sworn to secrecy as to why, but I think I’m ok in saying that Aiden and the team are involved in a Channel 4 programme going out this year.

After a three course set lunch that delivered on taste and value (and my Mam bursting unannounced into the kitchen to say thank you to Aiden Byrne and co), it was off for a quick pit stop at nearby San Carlo Cicchetti. Owners and empire builders Marcello and Carlo Di Stefano were in, planning the next steps to world domination, or at the very least, their upcoming Fumo brand in the new 1 St Peter’s Square office building.

A glass of dry white at Hanging Ditch (via a World Cup meets fashion event at Harvey Nichols) bridged the gap between lunch and dinner, so for evening time diversity, we went over to the Northern Quarter, where we shared an impressive platter of meats, cheeses, chutneys and breads that was A) massive and B) really good at Wood deli on Tib Street.

The following evening, we went to old favourite Grill on the Alley for dinner, where we people-watched from a booth and contemplated Manchester’s food scene. 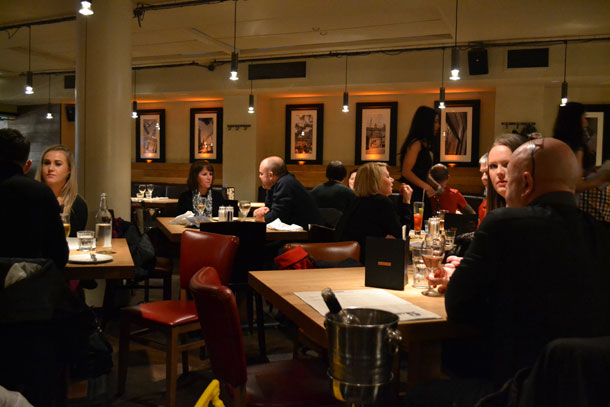 With the amount of international visitors the city attracts, it’s important to remember that we’re still a big deal to the domestic market.

The verdict from my 64 year old mother? ‘Everywhere is really different, but the whole city just has a buzz about it. It’s like stepping into another world.

‘But it’s not intimidating. Everything moves at a faster pace than I’m used to, but not in a scary way. Manchester House was far less stuffy than I thought it would be. And I thought I’d feel out of place in the Northern Quarter, but I didn’t. Everyone was really friendly.’

So there you go. Manchester’s bar and restaurants have the official ‘Northern Mam’ seal of approval. Take that, Trip Advisor. I had a rollicking good time too.

But also, it made me appreciate how far we’ve come in the last few years. We now have the sort of offering that can cater for just about anyone at any level. And that’s no mean feat.

So my advice to you all is: take the time to be a tourist in your own world – you might just see things you never knew were there. 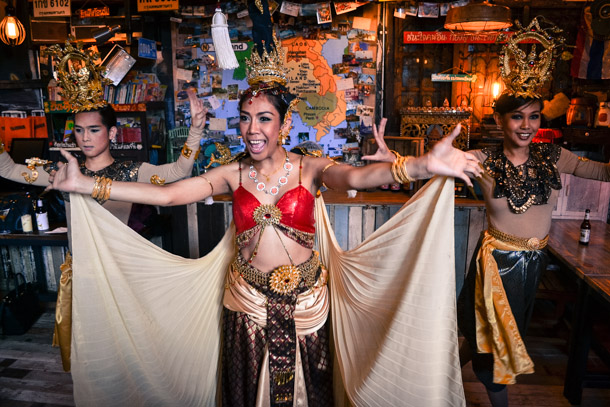 There’ve been so many launches recently that you may have accidentally tripped over one in the street, but its perhaps worth pointing out that Turtle Bay, Thiakun, Wahu, Miller and Carter and Salvi’s Cucina have all recently opened in the city centre. Bill’s, Fazenda, Cane and Grain, PLY, The Handmade Burger Company and (possibly) Hawksmoor are all on the horizon. I also hear a Northern Quarter operator is looking to open up in the Village.

Fasten your seatbelts and loosen your waistbands. Summer is going to be a big one.