5 reasons why Manchester is definitely the UK’s second city

5 reasons why Manchester beats Birmingham to the title of the UK’s second city... 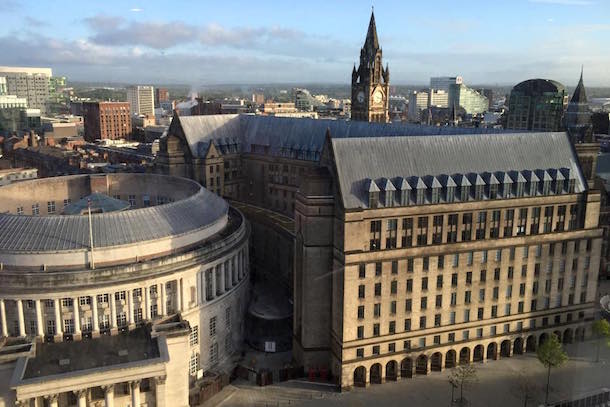 More people think Manchester is the UK’s second city than any other, according to a recent poll by YouGov. Manchester came out top with 30% of the votes, well ahead of Birmingham, its closest rival, with 20%. But is this reflected in the facts? Does Manchester deserve to be called the UK’s second city? And how do Manchester and Birmingham compare head to head? When it comes to deciding which is better, there’s only one way to find out, as Harry Hill might say. FIGHT!

Birmingham is bigger than Manchester by most measures. It’s the second biggest city in the UK with a population of over a million, twice the size of the city of Manchester. However, the Greater Manchester Built-up Area has a population of 2.6 million compared to Birmingham’s 2.44 million. But this includes places like Glossop and Newton-le-Willows which can’t be considered to be part of Manchester by any true definition. But size isn’t everything, as they say.

The economy of the Birmingham urban area is the second largest in the UK but Birmingham trails Manchester on practically every other measure. Manchester ranks higher than Birmingham in the rankings of the most important cities to the global economic system and is the highest rated city in the UK outside London. In Santander’s annual ranking of the top 74 UK towns and cities by the competitiveness of their business environments, Manchester is 36th whilst Birmingham is 50th. And Manchester ranks 24th in the world, second in the UK after London, in the global innovation cities league tables.

Manchester is the third busiest UK airport in 2014 (and the busiest outside London), with nearly 22 million passengers a year. Birmingham is seventh with fewer than ten million.

Birmingham takes a bit of a beating in this round. Because, according to the Trinity Mirror Data Unit, Manchester ranks ninth out of 50 cities for culture, with more music venues, per 100,000 people, than anywhere else in the country and is second for most libraries and cinemas. Birmingham ranks 47th. The only measure by which Birmingham ranks higher than Manchester is the number of Michelin-starred restaurants. 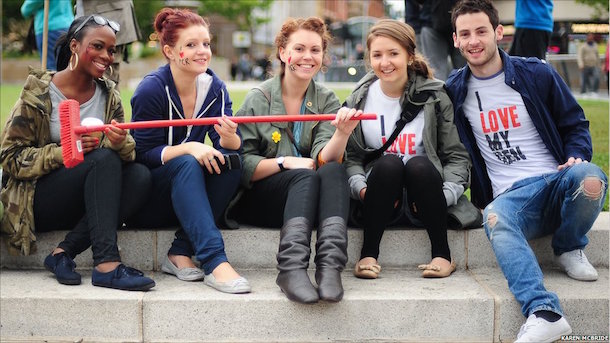 Manchester is the third-most visited city by foreign visitors in the UK, after London and Edinburgh, and the most visited in England outside London. Birmingham Tourist Information has 49.3k Twitter followers. Manchester has 91.3k.

This is where it gets really embarrassing.

Manchester has two of the top football clubs in the country and the club which has won more domestic trophies than any other. But it wasn’t always thus. Aston Villa, Birmingham’s most successful club, had won the first division title five times before United or City won their first and the FA Cup four times before United won their first. By the 1980s, both Villa and United had won seven titles. Now, Manchester’s two football clubs have won 24 titles, 16 FA cups and five European trophies between them whilst Birmingham’s have won seven titles, seven FA Cups and one European trophy.The decline in Birmingham football reflects the decline in the city’s importance.

But there’s more to sport than football. In 2012,Manchester was ranked the fifth best sports city in the world by a Sport Business Group Ultimate Sports Cities report. Manchester was shortlisted amongst 30 other cities for the 2014 top cities ranking.

Manchester has hosted the Commonwealth Games. Birmingham failed in its bid to host the 1992 Olympics and has withdrawn its interest in hosting the 2022 Commonwealth Games, admitting it simply does not have the cash.

At this point we think the referee would stop the fight to prevent Birmingham taking further punishment.

We’re not sure the title of the UK’s second city is worth fighting over. It’s strictly unofficial and the winner doesn’t get a crown, a trophy or even a £20 Boots gift voucher. But there can be no doubt that in a straight head to head contest to determine which city deserves the title, Manchester is a clear winner.

It’s a tale of two cities which were once industrial powerhouses but went into decline. Manchester recovered. Birmingham has not. Birmingham may once have had legitimate claims to be the UK’s second city but it’s fallen way behind Manchester. Birmingham beats Manchester on size, location and Michelin starred restaurants. But size isn’t everything-lots of countries have second cities which aren’t the second biggest in size. Neither is location, thanks to improved communications and connectivity. And it’s only a matter of time before we get our first Michelin starred restaurant.