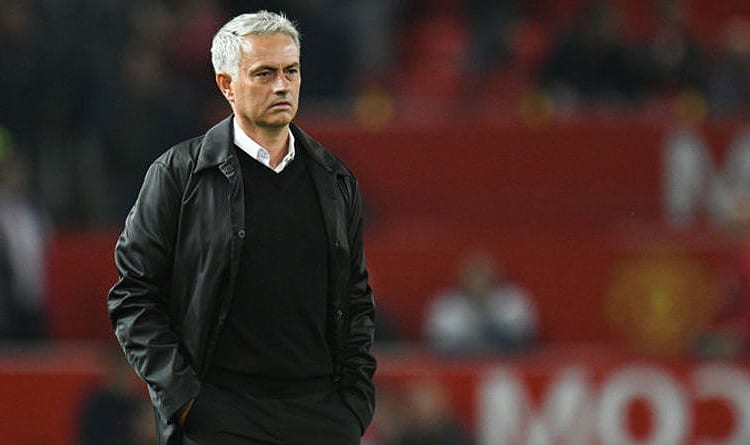 I hold my hands up. I was one of those fans that left Old Trafford early.

As soon as Spurs’ third goal rippled David de Gea’s net I was up out of seat and away. Much like most of the ground.

I didn’t like it, it felt dirty, but I’m sorry it had to be done. I somehow had to show my displeasure, and this was the best way possible.

I’ve probably only done this a couple of times since I started going in the early 90s, but this felt like a bit of a nadir. For this team, for the manager, and even for the season.

On the radio on the way back, we heard it all. Mourinho’s lost the players. They don’t want to play for him anymore. It looks just like his second stint at Chelsea. He’ll be getting sacked tomorrow. He got his formation and his tactics totally wrong. Ed Woodward has finally lost patience.

That’s the thing with Jose. Rightly or wrongly it’s always all about him. Whether he wants it to be or not.

One thing seemed to be missing though. The actual performance of the players. So, let’s start with that.

That second half showing was as bad as I’ve seen at Old Trafford. It was almost like they knew, as soon as Harry Kane’s header went in, that was it. There was no way back into the game.

At home, against Spurs who, let’s face it, aren’t that great. For a team famous for late comebacks and dramatic winners, this was particularly disappointing, to put it mildly.

If these players believe they are good enough and deserve to play for the club, then they are completely wrong.

That’s why I walked out and that’s why I expect them to lose away at Burnley next week.

Which, incidentally, may well spell curtains for the manager if Woodward’s cheery face at the end of the match was anything to go by. I saw it on TV later on.

What everyone seems to be missing when banging on with the usual Jose debate, is that the players have been awful. And plenty of them simply aren’t performing in the way they should.

Yes, the manager bought most of them. But surely, he can’t have expected this.

Who thought that Alexis Sanchez would forget how to play football when leaving Arsenal? Who expected Belgium’s top goal scorer in history to miss an open goal? Who thought that Paul Pogba would get completely dominated by an England squad player in Eric Dier? Who thought that Nemanja Matic would continually choose to pass the ball to the opposition?

The point is, the United players aren’t very good. They are nowhere near the level they should be at for a) the club they play for and b) the money they earn.

But average players do not make a bad team, necessarily. They may not win you the league, but they should at least be able to show the qualities of fight, aggression, team work, tactical understanding and desire. None of this was on show last night.

Currently, there looks like only one outcome. The manager being sacked. With that will bring a new man with his own new ideas and a desire to refresh the squad. Of course, that needs doing – these players simply aren’t good enough – but there’s no guarantee the new man will get it right either.

And so the cycle continues. New man, lots of money spent, more average players and nowhere close to winning the league again. Now I know how Liverpool fans felt in the 90s.

If the manager does lose his job, who’s coming in as his replacement? Zinedine Zidane?
I very much doubt he’d want to join a club as chaotic and, in the wilderness, as United at the moment. It would take far too much work to get them where they need to be. There’s no way the Frenchman would want his legacy destroyed by Chris Smalling and Phil Jones.

So unfortunately, United fans, this is our lot at the moment. It’s time to grin and bear it. Hopefully we won’t be walking out early every week.