Why it’s time for Pogba to be more like Carrick 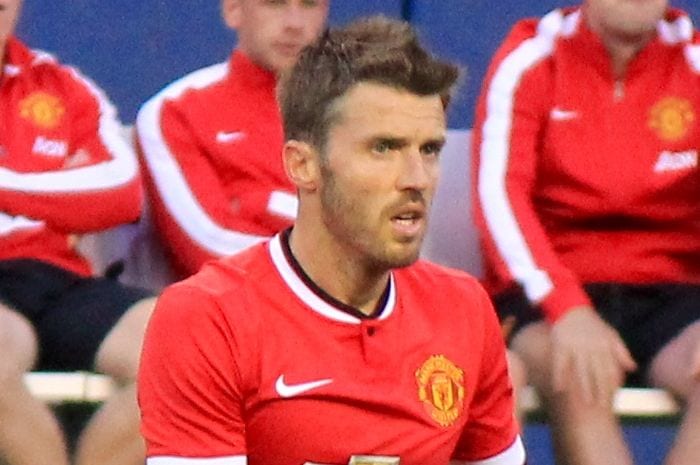 Sunday saw Michael Carrick’s final appearance at Old Trafford. Granted the club captain has found playing time limited this season, but it still felt like a real loss to see the graceful number 16 out on the pitch for the final time.

It also signalled the end of an era, with Carrick being the last member of the 2008 Champions League winning team to still be at the club.

With the closing of one chapter, another should begin.

Because if Paul Pogba truly has his sights set on becoming a United great, then now really is the time.

Pogba could certainly do with taking a leaf out of Carrick’s book. I remember when United signed the former West Ham trainee from Spurs in 2006, there was some disquiet amongst the ranks of United fans.

They said he was too safe, that all he did was make the simple pass. That he was no Roy Keane.

Carrick won the league in each of his first three seasons at United, as well as becoming a European champion on that famous night in Moscow.

It turned out simple but effective passing was exactly what we needed. And it’s something we desperately need now.

In Carrick’s early years, he was unbelievably successful at hitting early, quick balls into the feet of the forwards – most often Wayne Rooney. These quick transitions got us going early, set us on the front foot and enabled us to get at the opposition.

Granted we had pace in that side of 2008 – and a certain Cristiano Ronaldo – but you need to get the ball forward quickly to really where to buy cheap viagra in canada utilise that pace.

The current United set up boasts loads of pace up top in Romelu Lukaku, Marcus Rashford, Antony Martial and Jesse Lingard. The trouble is we don’t get the ball to them quickly enough.

It’s down to Pogba to take up this mantle and hit the forwards much quicker with direct incisive balls. No stepovers, no trying to beat a man twice. Just fast, simple and effective passing.

Let’s hope that with Carrick set to take up a role as part of Jose Mourinho’s backroom staff, he’ll be able to work closely with Pogba daily and help him build this part of his game.

If he can hit the forwards quicker in attacking and wide areas, it gives him the chance to use his athleticism and get himself in the box and on the end of things. This is exactly what he did in the second half of the win at the Etihad – easily his most impressive performance in a United shirt.

The hope amongst so many United fans is that the Frenchman stays at the club and finally fulfils his promise next season.

We also all hope he takes the opportunity to show the world how good he can be at keeping things simple and takes the game to Chelsea in the FA Cup final.

If he can do that consistently next season, we’ll go some way to closing the gap on City.

Carrick, it’s once again down to you to get the best out of the players around you. Much as it was when you joined in 2006.