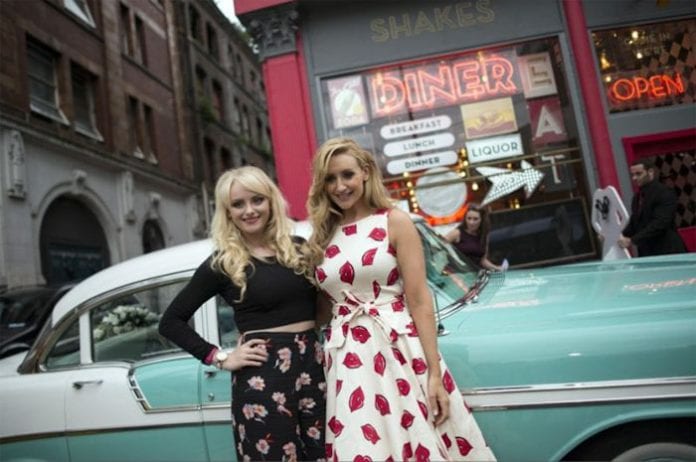 On 4th July 1776, Britain’s 13 American colonies declared their independence without so much as a referendum and have celebrated the day ever since. There are a number of US-inspired venues, restaurants and events right here in Manchester where you can join in the celebrations. Look out for some big offers featuring American style food and American-sized portions. 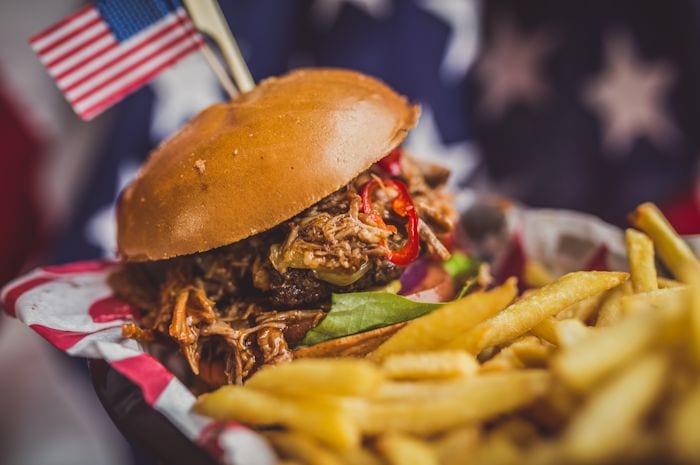 This US-style diner is the perfect location for Independence Day celebrations. Authentic booth seating, a kitsch colour scheme and big American eats and drinks. On 4th July there’s an all day happy hour with 2 Sol for £5, 2 cocktails for £10 and a bottle of house wine for only £10. Booking is recommended because every table gets a prize for coming – and if you’re American you get an extra 25% off your food bill! 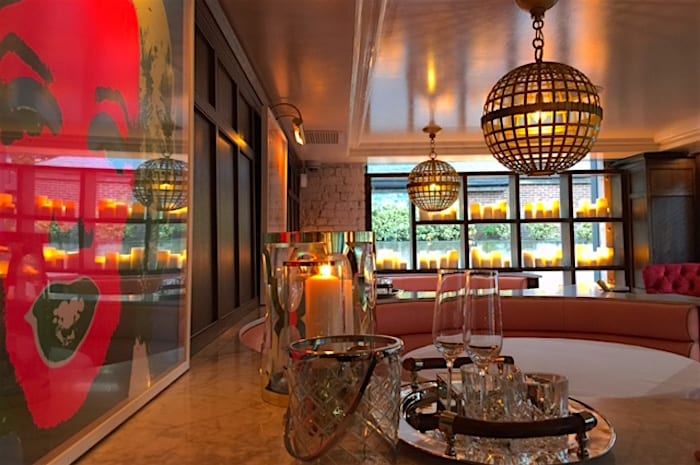 This recently refurbished Spinningfields dining (foremost) and drinking venue will be bringing US-style fancy dress to Manchester this Independence Day with staff dressing up as characters from American TV shows such as The A-Team, Dallas and Baywatch for the Stars and Stripes party on  4th July, and you’re invited! It’s set to be an unforgettable experience and if you have the same name as a Hollywood celebrity, you get a free cocktail! 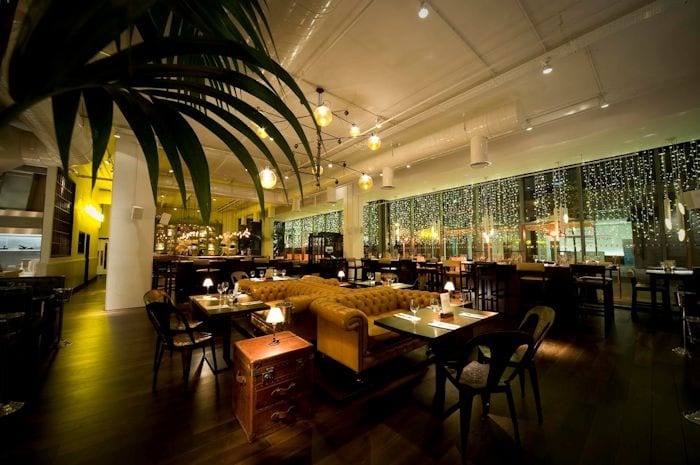 What better place to celebrate 4th July than New York Street where cocktail bar and restaurant The Alchemist are celebrating not just American Independence Day but their fourth birthday, too. The Alchemist has really pushed the boundaries when it comes to cocktails and today their team of mixologists are renowned across the city.  This big American-themed bash will show why this is still one of the most exciting venues in  the city. Expect a Statue of Liberty ice sculpture, American showgirls and a massive US-style menu! 5.30 pm to 9pm. 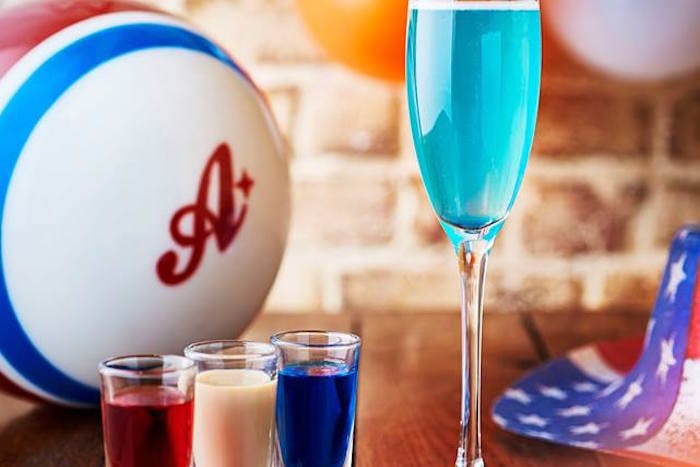 Ideal for a little bit of something different this Independence Day, All Star Lanes are combining ten-pin bowling with fancy dress and food that’s more inventive than ever. Staff will be wearing full Americano vintage and serving some of the thickest shakes and craziest cocktails you can imagine. Then burn it all off by bowling or boogie-ing well into the evening! 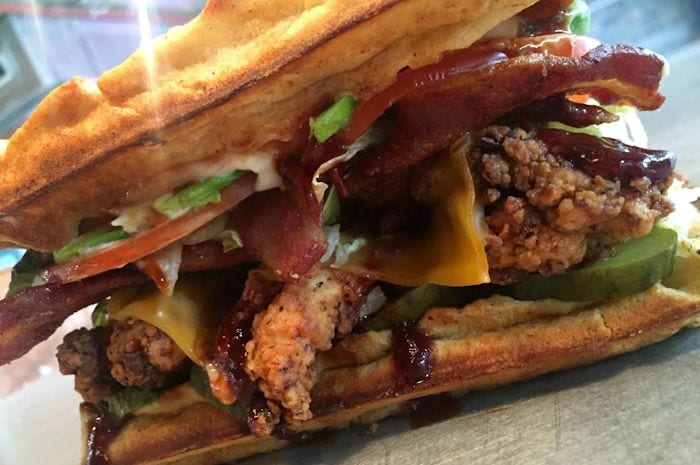 Celebrate Independence Day with a burger for breakfast at Home Sweet Home. The Two Percenter is the ultimate burger brekkie, a tribute to the 2% of Americans who apparently start the day with one. House hash is brought together with burger meat, cheese and topped with a poached egg! Or dare you try the Chicken Wafflewich – a sandwich bigger and beastier than you’ve probably ever seen before? Two fluffy waffles stuffed with buttermilk fried chicken, bacon, cheese, salad and lashings of mayo! 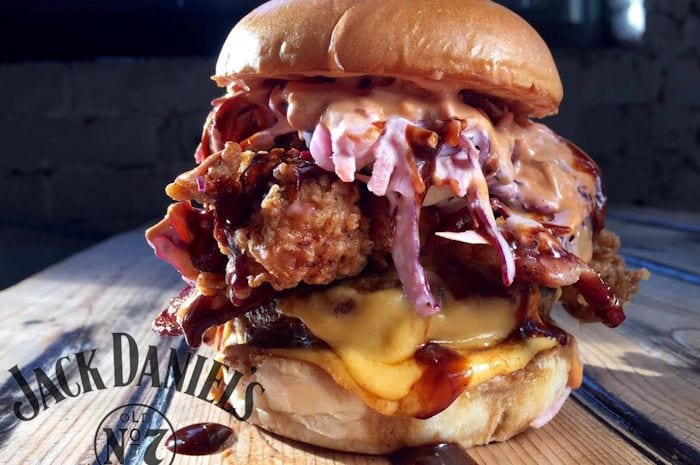