What’s in a name? Why celebrity chefs have come…and mostly gone 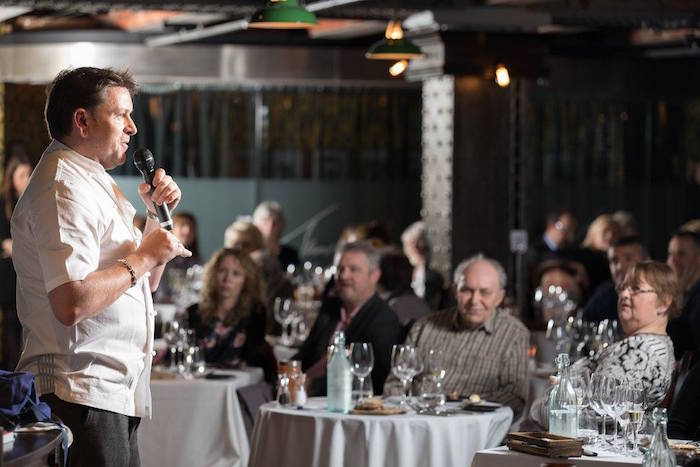 Once upon a time, when the foodie revolution was fuelled by the Egon Ronay Guide, we got to know about famous restaurants – and by association – celebrated (rather than celebrity, which came later) chefs.

Back then, the chef went with the restaurant. Robert Carrier at Hintlesham Hall, Suffolk; Albert Roux at Le Gavroche and his brother Michel at the Waterside in Bray; Raymond Blanc at Le Manoir aux Quat’Saisons, near Oxford; Gary Rhodes winning a Michelin star at the Castle Hotel, Taunton and Marco Pierre White at Harvey’s, the Oak Room et al, winning three.

We got to know them a whole lot better when they started to appear on telly – though at the time Marco Pierre White was resistant – and suddenly, at the end of the 1990s, the cult of the celebrity chef was born.

It seemed that spreading one’s fame and repute by making guest appearances at the stoves of protégés and mates around the country – or even starring in TV cookery shows – was not enough for some of the new celebrity cooks and their ambitious financial backers. Their names became “brands” to be “rolled out” across the UK.

The success of such ventures over the past 20 years has been patchy – to put it mildly. Even my own very favourite celebrity chef of all time, Keith Floyd – who was always more successful on screen than as a restaurateur – hit the buffers.

His last restaurant venture – Floyd died in 2009 – was in a little village called Tuckenhay in a creek of the River Dart in Devon. He briefly took over the Maltster’s Arms – I remember it well because my parents lived not too far away – and the locals named it “Floyd’s Inn – sometimes”.

And thereby hangs the problem with appending a name famous for culinary greatness to run of the mill, corporate mediocrity.

I wrote the following the best part of 20 years ago, following the removal of Gary Rhodes’ name from a hotel restaurant near Old Trafford and Steven Saunders’ from the restaurant at the Lowry Arts Centre:

“The theory, presumably, involves attracting customers by association, despite the fact that common sense told us that these celebrities couldn’t possibly be resident in all the places that sported their names. The common currency, therefore, became the so-called “signature dish” whereby Marco’s version of Omelette Arnold Bennett or Raymond’s double-baked Roquefort soufflé served as ghostly apparitions of their creators when the said creators were far away.

“It works just so long as the people trained to replicate their masters’ choice are up to the task. When they’re not, the letdown takes on an extra dimension. But what happens when a celebrity name that has hitherto provided a venue with its biggest selling point, disappears from the top of the bill?”

The high water mark of celebrity chefs lending their names to Manchester restaurants was probably in the late 1990s. We had Rhodes and Saunders, Le Petit Blanc, which closed after a welter of bad reviews (though Raymond himself claimed Manchester wasn’t ready for his food!), and Nico Central at the Midland Hotel in the space now occupied by Mr Cooper’s. If the notoriously bad tempered Nico Ladenis made an appearance apart from the opening night, I’m not aware of it.

Paul Heathcote – really much too modest to embrace the term celebrity – won two Michelin stars at his restaurant in Longridge, Lancashire, and was persuaded to roll out his name into the Simply Heathcote’s brand which was successful for a time.

Then, as the new millennium dawned, Marco Pierre White’s initials went up on the MPW River Room Restaurant at the newly opened Lowry Hotel. It was a relatively short-lived collaboration, since when the one-time three Michelin star chef’s name has been associated with steak houses, burger restaurants, pizza parlours and stock cubes.

Some celebrity names remain, with varying degrees of success. Jamie Oliver’s King Street branch of the troubled national chain Jamie’s Italian is not one of those earmarked for closure, though 12 of the 37 outlets are to go.

But James Martin’s restaurant in the 235 Casino in Manchester’s Great Northern complex continues to be highly regarded, making the Sunday Times’ Top 100 Restaurants in 2015 and the much-travelled Yorkshire chef does make appearances there.

The latest celebrity arrival in the city centre marks the second coming of Marco Pierre White (though there’s a Marco’s New York Italian at Media City) as his latest brand, Mr White’s English Chop House is set to open in the Gay Village in April. Watch this space.