It's hard to remember what existed... 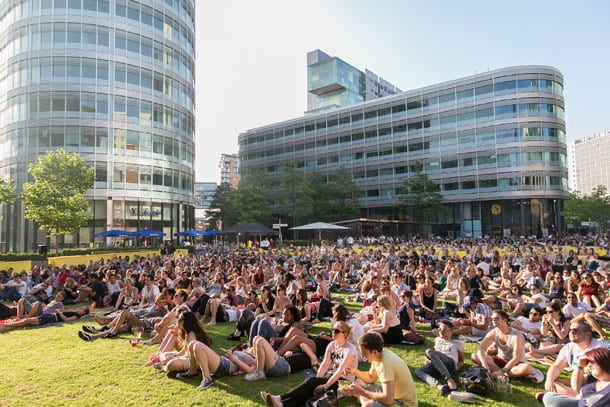 Spinningfields was specially developed in the 2000s by Allied London Properties as a business, retail and residential development. The project took its name from Spinningfield, a narrow street which ran westwards from Deansgate.

Completing in around 2008, it’s hard to remember or even imagine what existed before the £1.5 billion project. What was there before the likes of The Avenue, The Oast House, the Armani store, The Lawn Club, Thaikhun, Australasia, Grand Pacific, Artisan. Manchester House!?

You’re not the only one who suffers from immediate city amnesia. The amount of people who ask “what did Spinningfields used to look like?” will testify. So to answer everybody in one fell swoop it looked like this. 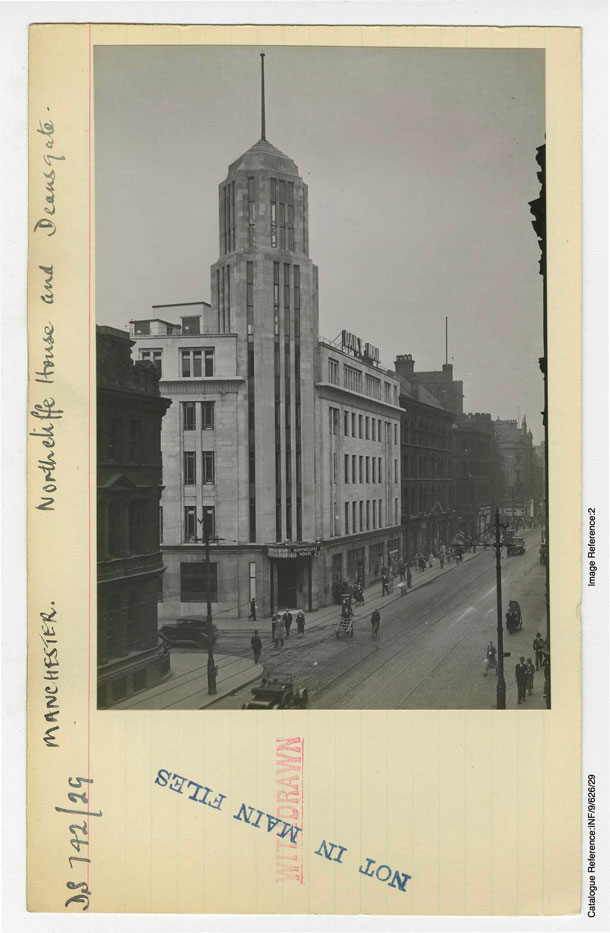 (Image care of The National Archives)

The lovely art deco building is Northcliffe House. It was known as the Daily Mail building although it housed a variety of publications including the Manchester Evening News and The Guardian. The site was named after Lord Northcliffe who can be credited with reformatting the British press into what we have today. Northcliffe declined into what is speculated as a syphilis-induced madness, seeing two moons and developing an obsession with Perrier water, although syphilis was never confirmed as the cause of death.

Northcliffe House along with Sunlight House and the Debenhams building on Market Street make a lovely triptych of white portland stone art deco turrets, and the tenants themselves saw the location form part of another triptych – one of print houses alongside the Daily Express and the Printworks.

Built in 1931 and designed by Waddington Sons & Dunkerley in 1904 with further design tweaks made by JW Beaumont in the 20s, the rocket-shaped tower was a landmark of Deansgate so it’s strange then how few people remember it and how few images we can find.

It has that same American-noir feel to it that Sunlight House has but with something altogether more astronomical about it – its shape seems to anticipate the dawning of a space age, of a Deansgate where The Jetsons fly by. It has a bold newness and must have seemed a futuristic beacon in a city of chimneys and smog-stained blackness.

In an advert for an insulation firm from The Architect and Building News in 1931, Northcliffe is described:

“Northcliffe House seems to typify in its austere modern lines all the striving after efficiency, all the endeavour to achieve beauty inherent in use and worth. The striking tower is a milestone in the progress of journalism in the North of England.

From the other viewpoint, in 1968, you can see the two other buildings that lay between Northcliffe and John Rylands library. 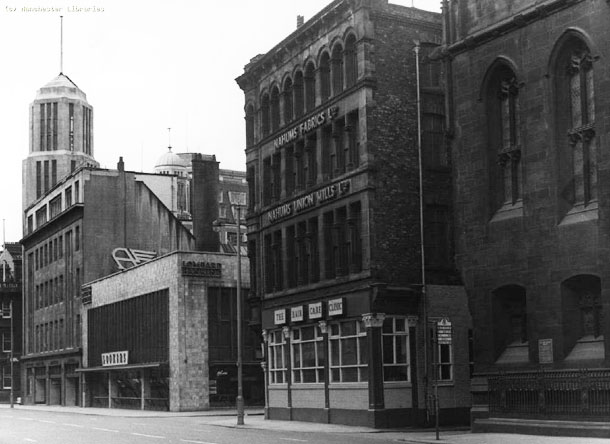 In 1968 immediately behind Northcliffe House additional offices were built for Manchester Evening News and The Guardian and in 1970 the MEN commissioned a sculpture for their new site – apparently this was the first abstract sculpture the city had seen. 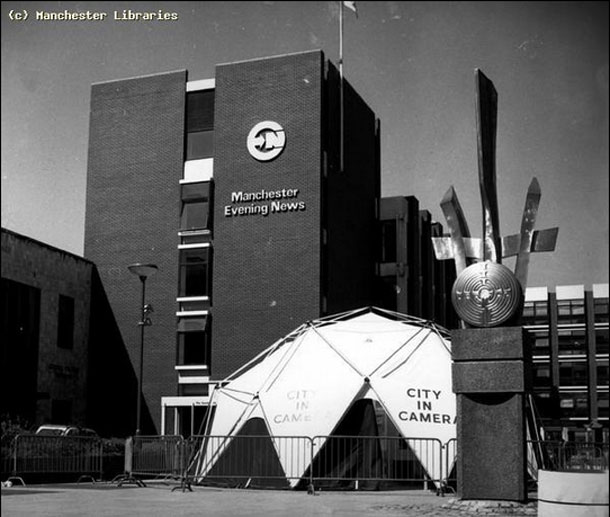 The sculpture “Vigilance” was by Keith Godwin and celebrated the newspaper’s centenary. The base was made of a red standstone to compliment John Rylands library behind it. Godwin said of the piece:

“I have dealt with order and harmony of shape rather than meanings.”

In 2003 Vigilance vanished. The disappearance was temporary, to be reinstalled once the Spinningfields site was complete. It has never reappeared.

The Daily Mail vacated Northcliffe House in November 1990 and in 2002 it was demolished. Allied London began building the Spinningfields as we know it today, with the RBS headquarters building replacing Northcliffe.

And if you’re still not satisfied then here’s what came before Northcliffe House from a postcard image care of the exhaustive and wonderful Manchester History: 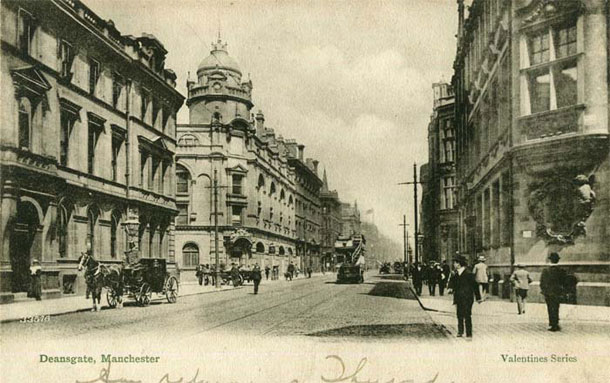