What a Babe! Meet the man behind the world’s favourite pig

Dick King-Smith’s much loved children’s novel The Sheep-Pig, which inspired the Oscar-winning 1995 film Babe, will be brought to life at The Lowry next month in an enchanting new production featuring stunning hand-crafted puppets with their very own director.

Matthew Forbes trained at the Central School of Speech & Drama and is best known for his masterful puppetry direction for the National Theatre’s smash hit Warhorse. Before joining the creative team on the production, he appeared in the show for three years as one of the three operators of the main character Joey, a full size horse and performed in London’s West End, Australia, China, Germany, Holland & New Zealand.

We met the Leicester-born actor and director as he began rehearsals at The Lowry with the cast of actor-musicians, puppets and crew.

Yes. We first discussed ideas for Babe in April 2016 and we worked very closely through the summer in terms of the research and the development of each animal. We wanted to achieve a scale true to life and give them as much character with as many natural traits as we could just from the way they moved. The whole process took about six months. Babe himself went through three prototypes which needed tweaking and fine tuning. And there are two different versions of him we use in the show, depending on what the scene requires.

How long does it take to train the actors to work with the puppets?

The original rehearsal period was about four weeks, although a lot of the actors have worked with puppets before, and a couple I worked with on Warhorse. The physical stuff isn’t actually that hard to teach. The tricky thing is getting the actors to think like an animal and provide the fine details in movement and mannerisms that let the audience know what the animal is feeling. I teach them how to disappear and get the audience to focus on the puppet, which might not be a natural thing when they are so used to the attention on them. It’s a stellar West End cast though, so they make my job quite easy.

What particular challenges did this production present?

Bringing a whole farmyard to life on stage and scaling it up to suit larger theatres were two of the main challenges we had to overcome. I think we’ve succeeded. The audience will really connect with these animals as the show looks and sounds stunning.

What makes Babe so popular?

It’s such a fully rounded show and appeals to everybody. Some have read the book. Loads have seen the film. And then there are kids who’ve never even heard of it. It’s an utterly charming tale of friendship and adventure, and it’s great fun. Suitable for all ages, it’s a perfect family day out.

What’s been the most memorable moment on the tour so far?

The first time we took the show to a larger audience was at West Yorkshire Playhouse, a big old venue with about a thousand people in the audience. At the end of the show every single one of them was on their feet, clapping and singing along to ‘here’s to our Babe.’

Do you prefer to work with puppets or people?

Well puppets don’t answer back! And what’s great with puppets is that you build a whole story in your head visually and really use your imagination before the actors even come along. As does the audience, which is what makes them so magical and childlike.

What would be your dream production to work on?

I would love to direct Dr Dolittle on stage with even more animals! And puppetry is now such a wonderful art form – and has come such a long way since Punch & Judy that I would love to work on a major feature film like Jurassic Park or Gravity.

And finally a question for Babe himself. You’ve been the star of a best selling book, an award-winning film, and now this new stage musical. What’s next?

Being such a well-travelled pig, I’m thinking something in tourism. Or my own beauty range for those that enjoy adventuring outdoors. Can a small pig make it in a dog’s world? Find out for yourself in this truly magical adaptation of Babe, The Sheep-Pig.

Eat your heart out, Miss Piggy.

Featuring stunning puppetry, an original score and an utterly charming ‘baa-ber sheep’ quartet, Babe and the residents of Hogget’s Farm are at The Lowry from Tuesday 11 April to Saturday 15 April as part of a major UK tour. 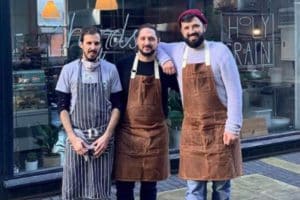 A new pop-up deli has come to Great Northern with craft cheeses, charcuterie and more 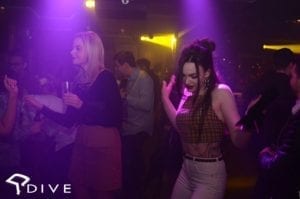