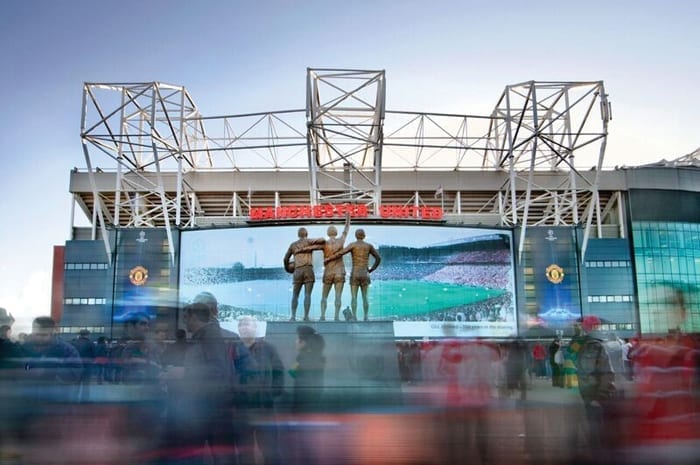 To say it’s been a disappointing season for Manchester United would be an understatement. It started badly and it’s ending badly.

And just when you thought things couldn’t get any worse, they are.

As if missing out on a top four place, conceding 52 goals, and suffering embarrassing results like a 4-0 hammering at Everton, a 2-0 home defeat to Manchester City, and a 1-1 draw at relegated Huddersfield in recent weeks wasn’t bad enough, what’s making matters even worse for United fans is the success of their fiercest rivals.

Yesterday evening, Liverpool qualified for the final of the Champions League by pulling off a remarkable 4-0 victory against favourites Barcelona, the team which beat United by the same score over two legs in the last round of the competition.

It wasn’t just the result which was remarkable. No one gave Liverpool a chance but they put in the kind of performance you would expect from some the great United teams of the past but which has been seen rarely in the last few seasons. Liverpool got the result they deserved.

True, the 3-1 defeat of PSG was quite a result and performance, but it’s beginning to look a bit like a fluke. United have hardly won a game since then.

On Sunday, while United play relegated Cardiff with a possible 5th place finish at stake, Liverpool and Manchester City will be playing for something rather more important – the Premier League title.

United had more 30 years of unprecedented success under Sir Alex Ferguson. When he retired in 2013, they were still ahead of their closest rivals. Since then it’s been mainly downhill.

It hurts to see our arch rivals Liverpool make back to back CL’s, but what hurts more about all of this is that I genuinely can’t imagine us ever putting in a performance like this now. Look at the fight these players have for their club.

So it’s hardly surprising that United fans are unhappy with the way the club is being run.

Nick.Tell me who told you to stop supporting your club? Who is saying that? Nobody wants that. The folks that are protesting also support & love the club. All anyone is looking to do is create accountability where it seems to be lacking. The hope to simply send a simple message.

It might not seem much but it’s making the owners and management aware of fans’ dissatisfaction with the way the club is being run and it’s hitting them where it hurts – in the pocket.

It’s the beginning of another campaign to shake things up at United. Will it make any difference or will it run out of steam like the Love United Hate Glazer campaign? We’ll have to wait and see.