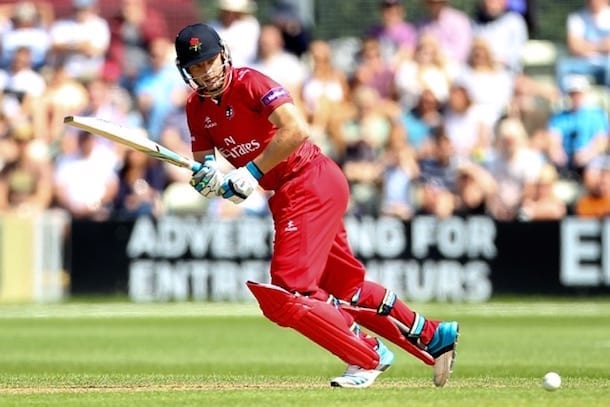 The 2016 NatWest T20 Blast lands in every county cricket ground across the country this summer and Lancashire Lightning hope to become the first team to retain the coveted NatWest T20 Blast trophy when they kick off their campaign at Emirates Old Trafford on Saturday 21 May against Derbyshire Falcons.

Prior to lifting the silverware in 2015, Lightning endured a series of near misses down the years, most notably at five previous Finals Days since 2004. Who could forget the semi-final Super Over agony against Leicestershire in 2011, while the last over defeat to Birmingham in the 2014 was still fresh in the memory? And then there was the heartbreaking quarter-final Bowl Out exit to Somerset at the Trafford Cricket Centre back in 2009.

Understandably the Lancashire players could have been forgiven for thinking ‘it might never happen, and if they did, nobody told Lancashire’s Stephen Parry.

“We were having a couple of beers after the Birmingham final last year, and me, Crofty and Browny said ‘we’ll win it before one of us doesn’t play anymore, you know that don’t you!’” he said, prior to last year’s quarter-final at Kent.

And boy was he right!

After sneaking into the quarter finals following a fourth place finish in the group stages, Lightning turned up the heat and played ruthless cricket, seeing off Kent en route to the semi-final against Hampshire. Australian international James Faulkner was also in inspired form and was key in strangling Hampshire in the semi-final, with his -21 from four bowling them out for just 115 before Karl Brown’s unbeaten 45 anchored a routine chase.

And then there was the final!

There was a stage in the final against Northants when things were very much in the balance. Chasing 167, the Steelbacks were 133-4 early in the 18th with Shahid Afridi going strong. Thankfully, Griffiths got him caught at deep cover and the Lightning closed out a glorious triumph, which also included two crackerjack Roses wins over Yorkshire.

It couldn’t have worked out any better!

As the 2016 season fast approaches, the Red Rose county are aiming to become the first team to successfully retain the NatWest T20 Blast trophy, and if recent seasons are anything to go by, who would argue against them achieving that feat?

Don’t miss out on your chance to see Lancashire Lightning in the 2016 NatWest T20 Blast competition.With powerful hitting, athletic fielding and plenty of wickets tumbling, not to mention live music and an array of off-the-field entertainment from the renowned Foster’s Fan Village, can you afford to miss out on what promises to be an electric T20 campaign at Emirates Old Trafford?