WATCH: Animated poem unveiled to celebrate what Manchester means to its people

Alliance Manchester Business School has unveiled a poem and animation which celebrate its 50th anniversary, Manchester, and what the city means to its people #MCRMeans 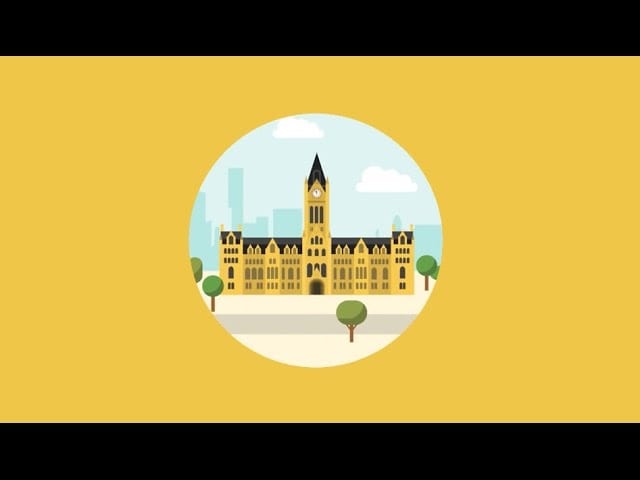 The poem, written by acclaimed performance poet and writer Tony Walsh (also known as Longfella), encapsulates Manchester’s originality, innovation and achievements in science, business, hospitality, sport, infrastructure and music whilst celebrating the School’s heritage and contribution to the city.

The animation was illustrated by Barney Ibbotson and produced by North West film company, Mocha.

It takes the audience on a journey of Manchester’s greatest brains and original thinkers, inventions, architecture, restaurants, hubs and cultural sights from the past 50 years – from football and cricket to the splitting of the atom and the world pioneering graphene project.

The poem and animation mark the latest in a series of campaigns to celebrate the School’s 50th anniversary and its renaming as Alliance Manchester Business School.

Last year, the School named Alan Turing as the North West’s ‘Original Thinker’, following a public nomination of the region’s 50 most original thinkers past and present.

“I was a student on an executive development programme at Alliance Manchester Business School and so I was delighted to be commissioned to write a poem to mark their 50th anniversary,” says Tony. “I was also born in 1965 and so it felt like it was meant to be!

“The School and the wider University of Manchester play a vital role in attracting talent to our city from around the world. I wanted the poem to place it firmly within our fantastic melting pot of music, sport, commerce, diversity and all the other things that make this such a special, world-changing place to be. As a School that is led by its ethics and so proud of its “hands-on” approach, it was important to reflect those things in the poem, too.”

Fiona Devine, Head of Alliance Manchester Business School said: “Manchester has nurtured some wonderfully inspiring people and innovations over the past 50 years, and we hope that this poem lives on to attract and inspire original thinkers and pioneers for the next 50 years.”

Join the conversation and share your thoughts on what Manchester means to you via Twitter using the hashtag #MCRMeans.

To view the video in full visit: www.mbs.ac.uk/mcr-means