Walkabout launch a whopper of an Aussie-inspired new menu 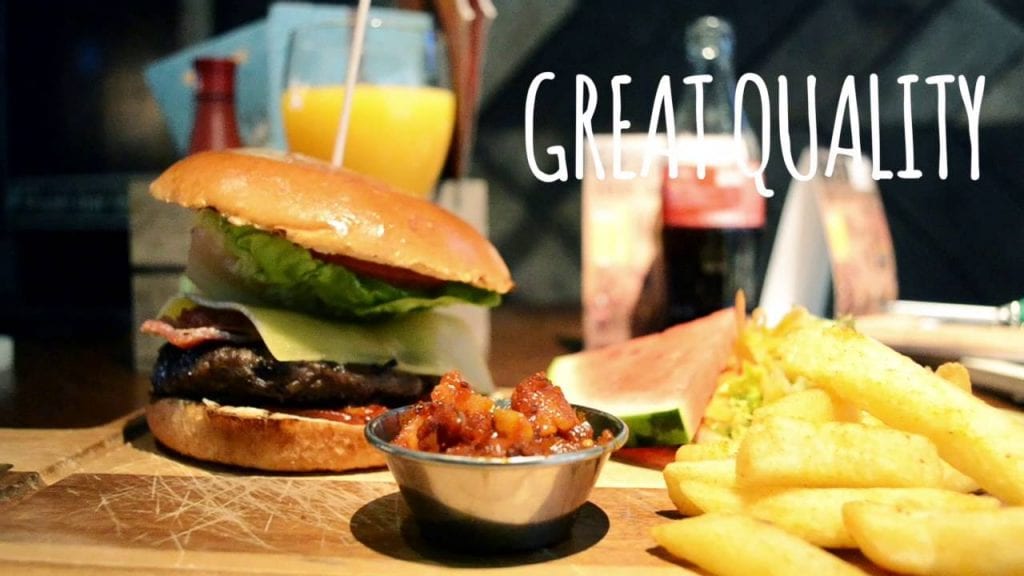 It’s quite a way to get settled into a new role by being offered a free meal at the menu launch of one of the UK’s leading chains.

Such is what happened when I enquired about gaining some freelance work at I Love Manchester. That I would actually enjoy the free burger and my visit to Walkabout as much as I did was another treat in itself.

Nestled in the corner of The Printworks, one of Manchester’s multiple indoor shopping centres is where you’ll find the Walkabout in question. In the entertainment destination also hosts the likes of Hard Rock Café, Bierkeller, Lloyds and Yates, Walkabout manages to hold its own against the monolithic names of these chains by offering a range of beers, cocktails and traditional Australian cuisine and by creating a balance between sports venue, restaurant and late night party bar.

The reason I’ve been invited on this occasion is to revel in the joint’s new Aussie-inspired food menu, which features such delicacies as especially sourced Kangaroo Steak, Chicken and Chorizo burger, Chicken Parmigiano and a battered Barramundi Fish Burger.

Starting in 1994, Walkabout, the first incarnation of which was called Outback Bar, has grown to one of the biggest chains of bars in the UK, with venues across the country.

As I come at lunchtime on a Thursday, the many screens featured across the bar that will feature the Premier League action over the weekend are used instead to help invoke an authentic Australian atmosphere. That means constant shots of beaches, BBQs, creepy crawlies and, of course, soap operas.

I’m greeted at the door by the venue’s Head of Promotions Dawn who invites me to pick my meal from a pick n mix box. I pick out the Sydney Café Burger, which sounds like a fitting enough name for me to get a satisfactory taste of Australian cuisine, so I take my complimentary beer to go with it and take a seat.

The burger arrives on a large board and looks a treat. Filled with a luscious beef burger as well as some fresh cheese, bacon and avocado, the burger is ideal as a meal and the addition of lightly-spiced fries, sweet relish and a cabbage-heavy salad just helps to leave you feeling satisfactorily bloated at the end of it.

Washing it down with the remainder of my beer, I stumble out in the glorious Manchester sun to Hanover Street more than satisfied with my introductory complimentary meal, assured that this will be the start of a beautiful relationship.