A themed relaunch party will pay homage to the original vodka bar's roots, with floor-filling sounds from the mid-90s to the early 2000s

In 1996, Brit Pop was at its peak. Oasis and the Spice Girls dominated the charts, whilst club classics from Faithless and Underworld kept the nation’s dancefloors packed.

There were also plenty of R&B and hip hop heavy-hitters from across the pond, with the likes of Blackstreet, Fugees and Ginuwine releasing earworms aplenty.

It was also the year vodka bar Revolution launched its first venue, on Oxford Road in Manchester. Fast forward 26 years and the brand is a household name, with bars all over the country. 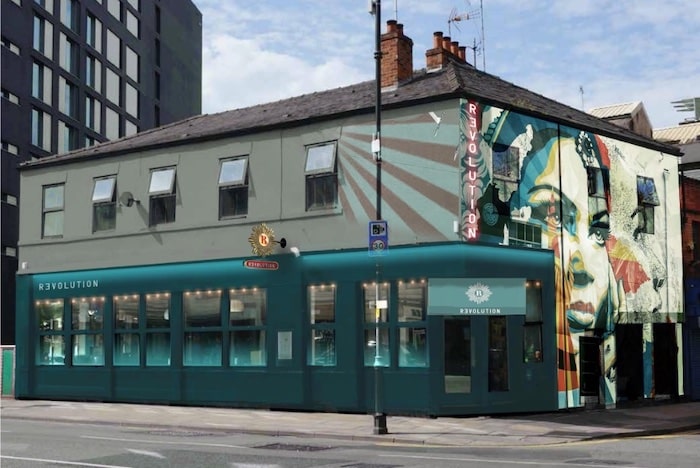 Revolution set itself apart from the competition by infusing crushed up candies and other wild flavours into vodka shots and creating a unique party atmosphere that could not be replicated.

Now, it’s set for a £144k makeover, including a graffiti mural, neon signage, special effects lighting and nods to the brand’s history.

The bar is set to shut its doors for a few days on 22nd May, and will re-open on 28th May, with the full relaunch events kicking off on the Jubilee weekend of 3rd and 4th June with a weekend of themed parties to celebrate the revamp with a throwback to the era in which it was born.

Guests can expect two floors of music, with the loft dropping disco and indie classics and the main bar celebrating the sounds of the mid-90s up to the early 2000s.

There will also be dancers, a mirror man sax player and food and drink samples.

The parties will take place on both Friday and Saturday night. 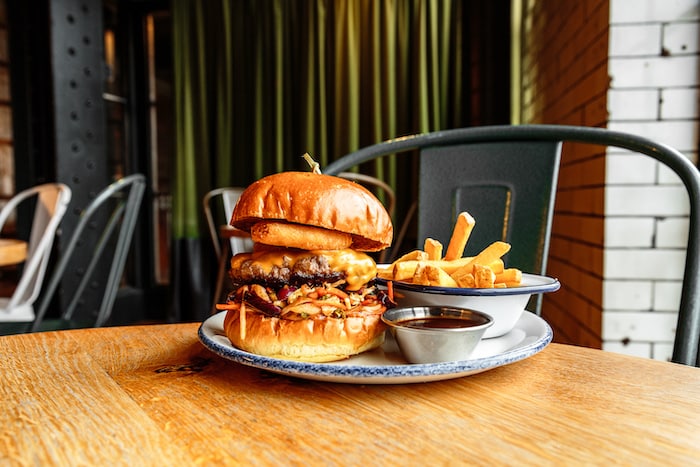 The new design will build upon the current exposed brick look with the addition of some eye-catching neon signs and artwork, say owners.

There will also be plenty of nods to Revolution’s status as the UK’s premier vodka bar, including a vodka display spanning the brand’s creative history.

The previously uninspired street view of the venue will now showcase a huge graffiti mural, a new colour scheme, and special effect lighting designed to pop on Oxford Road.

Step inside and you’ll be greeted with bold colours and neon signs, making it perfect for an impromptu photo shoot.

The main bar makes good use of the high windows, with copper tones and accent features which pay homage to the bar’s roots.

Head upstairs and you’ll discover one of Manchester’s best-hidden gems, the Vodka Loft, which has also benefited from a major overhaul with a fresh and funky vibe that will take the bar to the forefront of Manchester’s legendary bar scene.

Oxford Road prides itself on being a venue for all occasions, and whilst many bars have come and gone since 1996, Revolution has stood the test of time.

Its prime location just a stone’s throw away from Oxford Road train station and the Palace Theatre has made it a magnet for pre-theatre bites and thirsty commuters. 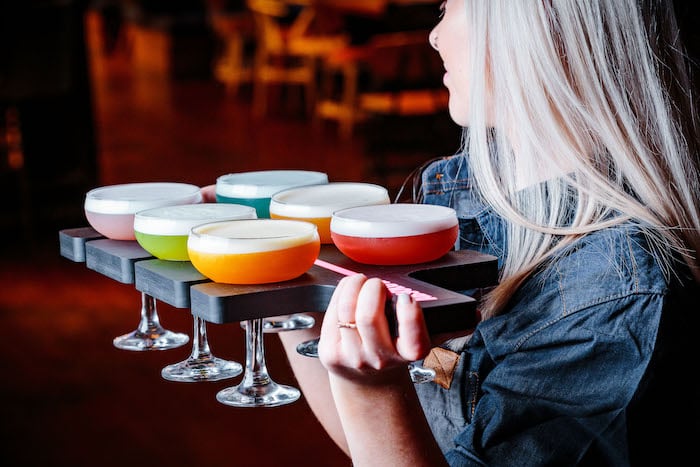 The bespoke concoctions include the Tennessee Cherry Sour, Gold Rush, Hollywood Highball and the Malibu Beach Bae. The latter is essentially summer in a glass, with a fruity blend of Malibu rum, Absolut Passionfruit Vodka, coconut, pineapple, lime and mango.

“I can’t wait to get this refurbishment finished so people of Manchester can see what we’re all about here at Oxford Road,” said Jack Pople, Revolution General Manager.

“We feel very lucky to work in an environment where our team is so tight-knit and cohesive, and it will be amazing when the look and feel of the venue reflect this even more.’

‘’From the graffiti mural to the special effects lighting and bold neon signs, the visuals look incredible and help to create the kind of electric atmosphere that guests have come to expect from the brand.’’