Is Vincent Kompany ready to call time on his playing career? 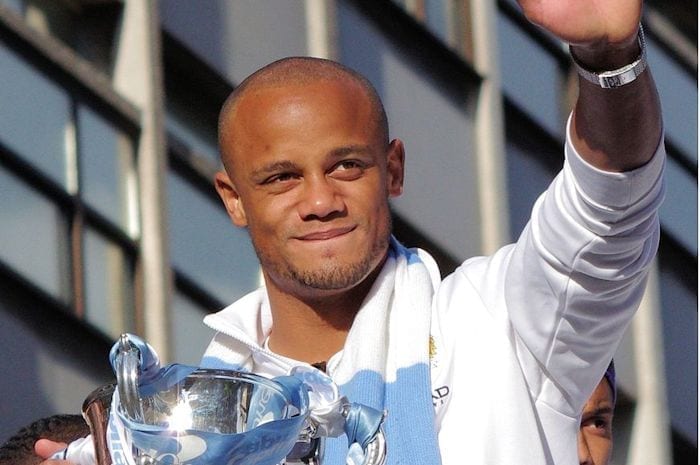 Vincent Kompany has seen a lot of changes since joining the club back in 2008 along with Pablo Zabaleta and Robinho.

The Manchester City established himself as a regular starter,  put in a number of ‘man of the match’ performances over the years, and was eventually handed the captain’s armband.

He is dedicated, passionate and a gentleman on and off the pitch – so it was no surprise he became adored by City fans.

It now appears as though the City skipper is looking to life after playing – and it’s no surprise that the future will no doubt be football-related.

Kompany says he is committed to a career in football when he finishes playing.

“I don’t know where I will be in football when I finish but it’s 100 per cent certain I will remain in football. It’s my passion,” he told the MailOnline.

“I’ve played and lived this game since I was six years-old so I don’t see a reason why I should throw all that experience away all of a sudden.

“I have got good contact with the younger people here and I just love bringing across my experience and how I see certain things. I have learned from the best, from their mistakes as well as my own, and hopefully I will be better because of that.”

The past few seasons have seen him struggle with persistent injury problems which have kept him sidelined for much of that time. When he is absent from the line-up the back four always looks vulnerable.

With two years remaining on his current contract and having made a positive start to the season, there is no doubt we could see a third Premiership title come to the Etihad under his leadership  – if he can keep fit.

In typical cool Kompany fashion, he claims he will not be demanding contract talks with the club until his current deal has run down.

“I’ve given myself the obligation to not think about anything regarding future contracts until my present contract is up,” he said.

“I’m really easy in my relationship with the club. It’s that good, there won’t be any panic on their side or my side. Let’s get the most out of these two years with City and international level and let’s see where we are at – no stress.”

Kompany did not feature in Belgium’s game against Greece having picked up a ‘knock’ but hopefully it’s nothing serious and won’t keep him sidelined once again so early in the season.