United vs. Benfica – a once glamour fixture evokes memories of old 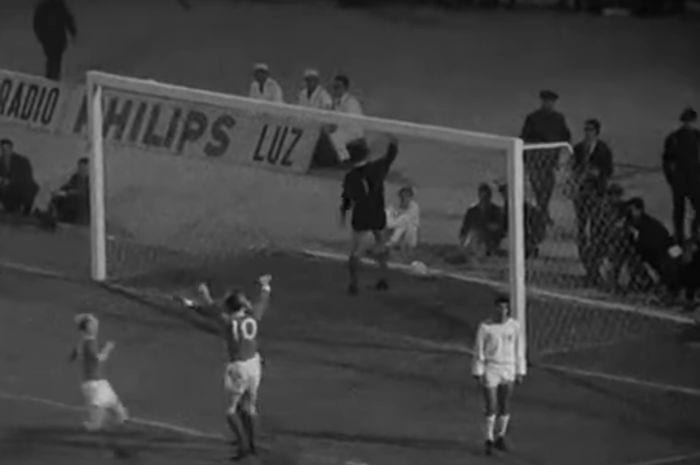 United take on Benfica tonight at Old Trafford in a not particularly eagerly anticipated encounter. The English Red Devils sit top of the group with three wins from three, while the Portuguese Red Devils languish at the bottom with three defeats from three. Judging by the away fixture, this should be a stroll for United.

Mourinho will no doubt use it as an opportunity to rotate his squad a little, with Victor Lindelöf likely to start at centre half against his old club and Anthony Martial given an opportunity to build on his goal on Saturday and early Champions League form. Hopefully he’ll go a bit more expansive and will drop his obsession with two blockers in midfield. Just to give the fans something to cheer on what promises to be a cold night at Old Trafford.

There’s talk of Martial and Rashford playing through the middle together which should hopefully add some excitement.

This once was a European glamour fixture. How times have changed.

United first faced Benfica in 1966 when Matt Busby’s team was once again establishing itself as a European force following the devastation of the Munich air disaster eight years previously. They welcomed the two times European champions to Old Trafford in the first leg and scraped home 3-2.

Travelling to Lisbon in the second leg, kick off was delayed 15 minutes while the legendary Eusebio was presented with the European Player of the Year award. In a hostile environment in the Stadium of Light, 19-year-old George Best inspired United to a famous 5-1 win. The legend of El Beatle was born.

This was a huge victory against one of the dominant European forces of the time. Benfica had never been beaten at home in Europe before.

The sides met again in the final in 1968 at Wembley, United eventually triumphing 4-1 after extra-time to win the European Cup for the first time in their history. Ten years after Munich, the cycle was complete.

Facing Benfica used to mean so much to the players, fans and club. Now they’ll only be a few in the stadium aware of the history and the significance of this fixture. It’ll evoke memories for Sir Bobby and a section of the support. But that’s about it.

The lack of anticipation around tonight’s game cements the apathy around the group stages of the Champions League for many fans. We’re back in the competition after failing miserably at this stage two years ago. Last year, our whole season last year was based on managing to do one thing – get back into the Champions League.

Now we’re back, the old expectations have kicked in and we won’t really get excited until we get a little further.

You can bet the Benfica fans will descend on Manchester en masse. Their red shirts will be visible all over town throughout the day. They’ll know the importance of this fixture to the history of their club, even in their current predicament in the group.

But we’ll head to Old Trafford tonight and most likely go through the motions. It’ll be cold and the atmosphere will be far from electric. The fans and the players will do the job and get through it, and all will be forgotten come Chelsea at the weekend.

But Sir Bobby will remember that famous night all those years ago and hopefully Marcus Rashford, our new home-grown hero, can evoke memories of George Best.

But what’s more likely is that we’ll just do enough. We’ll get through and we’ll be in the next round. Job done, but without the excitement.

Hopefully we can get up for it in the next round.