United are feeling the pinch without Pogba 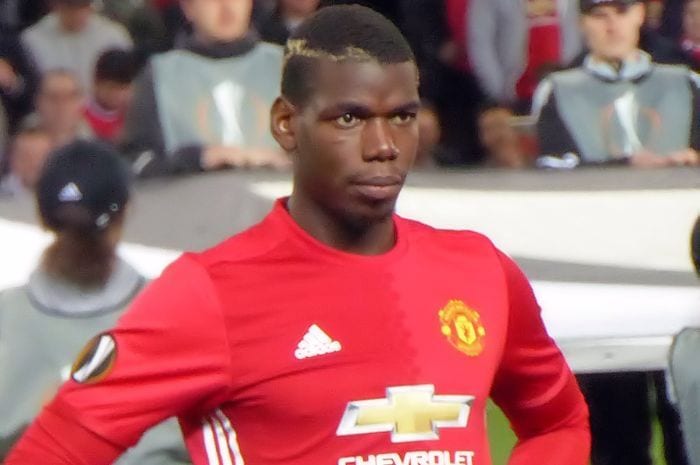 It’s easy to forget that Paul Pogba has been out of the United side since the end of September. It’s easy to say United were second best against Chelsea at the weekend. It’s easy to say that Romelu Lukaku’s early season form has deserted him and he struggled to make any kind of impact at Stamford Bridge.

In all honesty, United were really poor for 70 minutes against Chelsea, having started pretty well. We got exactly what we deserved from the game. Absolutely nothing. But it’s starting to become clear. Without Pogba, United are feeling the pinch.

Since he’s been out United have played 12 games, winning nine. Of the three games they’ve failed to win, there was the disaster at Huddersfield and the away trips to Anfield and Stamford Bridge. In both the latter fixtures not only did United fail to score, they never looked like scoring.

Mourinho’s defensive tactics meant a clean sheet against Liverpool, but the back five was all over the place at Chelsea. A three-man central defence leaving Alvaro Morata free on the penalty spot to score was criminal.

The problem in both of those big games was United on the ball in the middle of the pitch. Ander Herrera does a job harassing and harrying, but to be frank he’s simply not good enough in possession. His lack of a killer pass was clear for all to see.

Nemanja Matic has been fantastic since his move from Chelsea but on his old stomping ground he was asked to do too much with the ball. His real strengths are in stopping play. He may have a nice pass on him but he’s never going to dictate the play.

Chelsea on the other hand, had the sublime stopping of Kante, the hard running of Bakayoko and the passing of Fabregas dropping into midfield from his position just behind Morata. Asked to do a similar job for United, Henrikh Mkhitaryan was anonymous. Herein lies the problem. United had absolutely nothing creative in the middle of the park.

At the start of the season, Pogba was freed up by two things. He had the solidity of Matic behind him and the pace of Lukaku to stretch the defence in front of him. This gave him the space he needs to really flourish. And flourish is what he did, illustrating why United paid so much for him in the first place.

Without him, the only ball Lukaku is getting is a hoof up to his chest. Go on Romelu, just do battle with your centre half. Yes, he should be able to do that with his size, but his real strength is running onto the ball behind the back four.

Marcus Rashford too. He has the ability to really stretch teams, but he needs decent service. Neither have had this service in recent weeks.

The season isn’t over by any means. Yes, City look to be running away with it so far and, more worryingly, they look like the team everyone expected to see when Pep first arrived.

But United are in the chasing pack, level on points with Spurs with a better goal difference and still ahead of Chelsea. If we stay in there and beat City when they come to Old Trafford at the start of December, we’ll be in a decent position to kick on post-Christmas.

But this is a huge if. On current form it looks like we’ll struggle to keep City out (especially if we defend like we did at Chelsea) and I can’t really see us troubling them too much at the back.

What we need is a fit and firing Pogba to come back in and transform our forward players.

He returned to training at the end of October, so could feasibly be back in the first team after the international break. That potentially gives him six fixtures – including a tough trip to Arsenal – to get back fit and firing.

Come back soon Paul, we need you.