Underneath the arches: the Manchester brewery that puts people before profit 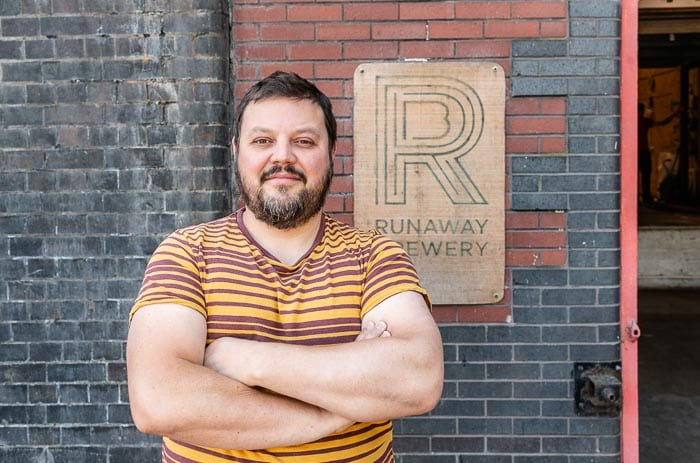 When Mark Welsby decided to leave his corporate career behind and start making beer for a living, it felt like he was running away. That’s how Runaway Brewery was born.

Together with his business partner and a team of four other people, the Runaway brewers have been brewing contemporary variants of traditional beer for just over four years in their archway space.

Their ethos is to remain a relatively small but very much locally relevant business.

“We want to make something that we care about rather than profit being our main motivation,” says Mark. 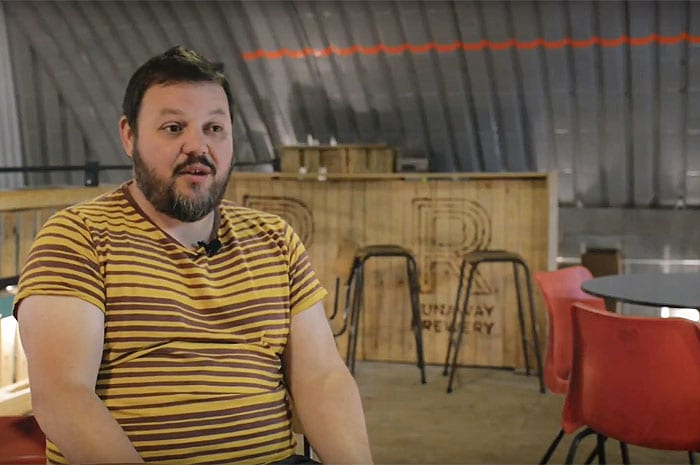 “Sure we have to make a living but we focus on the quality of the product. The flavour that we’re able to put into beer and the excitement that we’re then going to be able to generate as a result is what motivates us.”

While keeping hold of the heritage in terms of processes and ingredients remains  important, Mark says they are also trying to take part in a wider movement to modernise beer and make it more accessible to a wider range of people. 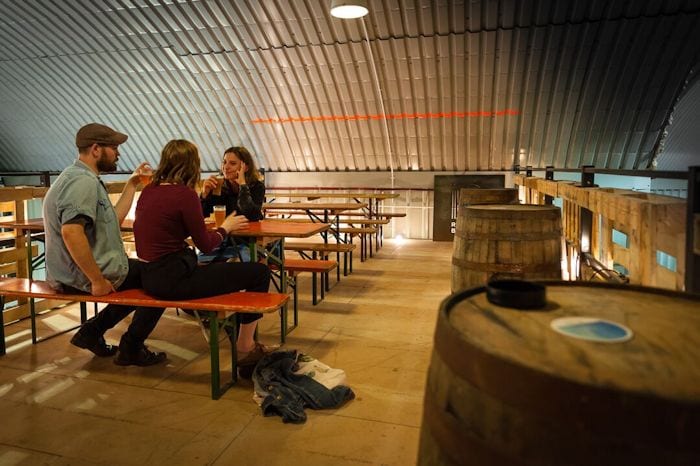 For a small scale independent business like Runaway, being based in the archways is essential for a number of reasons – not least because the archways are an industrial area  close to the city centre.

“Brewing is an industrial process so we need to be in an environment that is semi-industrial at the very least, and trying to find industrial premises in central locations is quite difficult.

“But being so close to our customers helps us from a sustainable perspective because it means our deliveries can sometimes be done on a pushbike instead of having to drive miles and miles to deliver and collect our beer.

“We are a tiny business so we don’t want to be sending all of our beer internationally. We want to be selling the majority of it in and around the city that we’re a part of, so being at the heart of the city is quite crucial.”

Another reason the space is ideal is the fact that the archways are well thermally insulated.

“In winter it’s not as cold here as it is outside, and in summer it tends to be a little cooler –  that helps us in terms of controlling the temperature of our fermentation which is a crucial part of brewing beer.

“This wouldn’t be a reason on its own for why I’d like to stay here but it certainly is an extra added benefit. Particularly as we are fairly low tech, small scale business so we’re not able to afford huge refrigeration systems which would be prohibitively expensive for us.”

“We have built relationships with lots of other businesses as a result of the location, a little bit out of the way, needing something which is a bit rough and ready.

“You’re in the same boat with all these other people – usually businesses who didn’t set up with a huge amount of money but who are trying to do something different and new, and as a result there is a genuine business community in these arches.”

Collaboration is a key part of their business story and their growth, he explains.

“Last year we worked with Pollen Bakery and made an oatmeal white stout with them which was based almost entirely upon the ingredients that they use in their baking.

“We’ve also done something similar with Umezushi who are a sushi restaurant, also in an arch close to Victoria Station. We’ve made a kind of pickled ginger, German-style gozer which is like a sour beer.”

Mark believes Manchester reflects his business values as it is fiercely proud of its heritage but not held back by it.

“I think Manchester respects the past while always looking to the future and I think that if you’re trying to do something new and contemporary it’s important to be in that sort of environment.”

One of the reasons Mark decided to leave his corporate life behind is that he didn’t want profit to be the main motivation behind every decision he made in his business. He wanted  learning and creating relationships with people to be higher up the priority list.

Running his business from the archways has allowed him to do that.

Find out more about some of the small, independent businesses operating from Manchester’s railway arches and why they could be at risk.