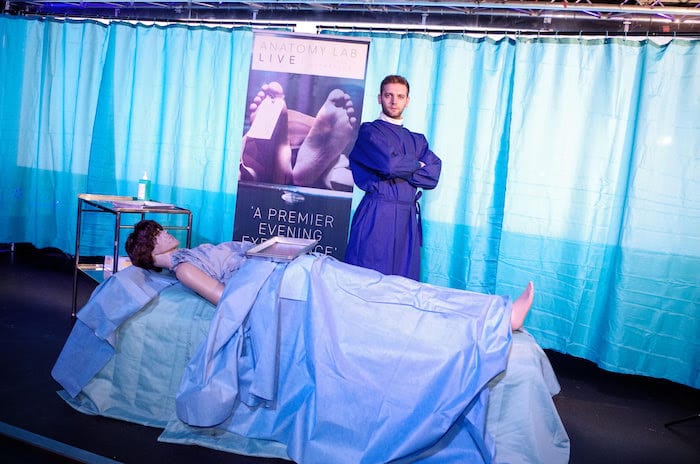 Anatomist Samuel Piri is returning to the city where he studied to dissect VIVIT, the world’s first semi-synthetic human cadaver.

VIVIT is specially constructed to contain real organs, which will be dissected by Samuel in Anatomy Lab Live as he lets us see inside the human body like never before.

Part of a sell-out UK tour, the dissection will start by revealing the inside of the head and jaw including the brain and spinal cord, working down to the thoraic cavity to show the trachea, lungs and heart. Then he will open up the abdomen including the stomach, liver, intestines and kidneys live on stage.

He will also provide a visual comparison between healthy and diseased organs, using anatomical samples affected by excessive alcohol consumption and smoking.

All organs used are of swine origin due to their anatomical similarity to humans and by being shown to an audience in the setting of a human body, Samuel hopes that people will be inspired to learn more about the intricate workings of our bodies and keep their own healthy. 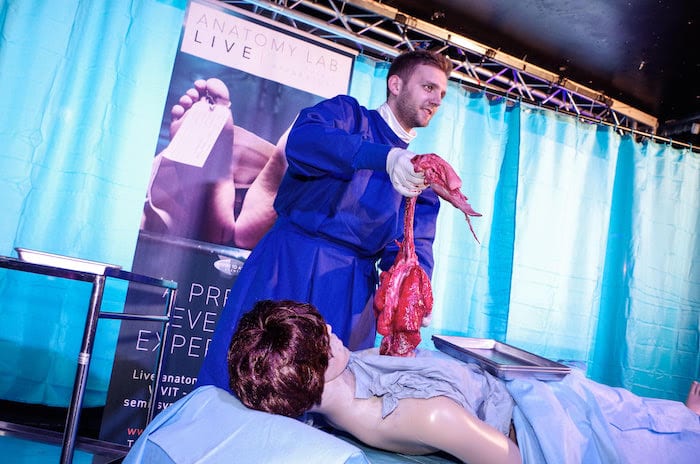 The procedure involves state of the art audiovisual technology to give the audience the best view, and because there are less than 100 tickets for the event, the exclusive setting is ideal for budding medics and anyone interested in getting to the heart of the matter – literally!

There’s plenty of opportunity for interaction too including a chance to handle organ samples, ask Samuel questions and speak to the team of medical experts who will accompany him.

Trained anatomist, science teacher and speaker Samuel studied and lived in Manchester for eight yours.

“The event is aimed at the general public as well as those with a deeper interest in the human body. Having spent 5 years educating young people in Manchester it made sense that the best city in the world was the second stop on the tour after my home.

“The human body is a complex machine, VIVIT and I will give you the chance to peel back the skin, to see how disease and poor health affect your internal organs. Join us for an unforgettable journey through the human body.”

The tour comes to The Village Hotel in Hyde on Saturday 25 February 2017 with a second performance on Sunday 26 February 2017. The event begins at 6pm finishing at 11.45pm.  Tickets are priced at £60 per person or a group ticket which admits 6 is £300. This includes a two course sit down meal before the show. The event is suitable for ages 16+.