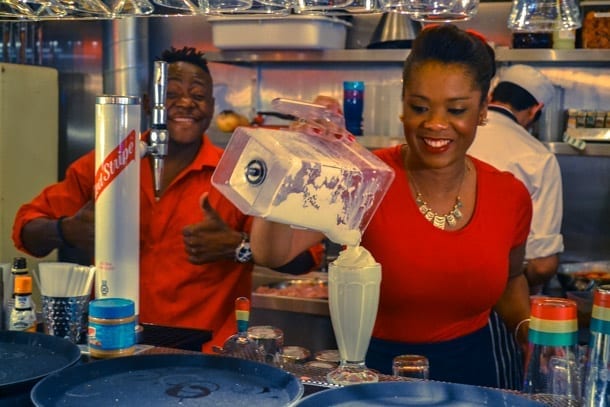 Turtle Bay has only been open since May, but it’s already rubbed its rum-tastic magic into the art of a Mancunian night out. The restaurant has charmed the city with it’s enormous menu of over fifty Caribbean dishes such as the ever-popular jerk chicken and enough rum to sink a ship.

So much rum in fact, that Turtle Bay is now the official proponent of Manchester’s largest collection of the Caribbean alcohol. Names span from Mount Gay’s Bajan to Appleton Estate’s Jamaican but unusually, they all have one thing in common: the price.

Not only do you not have to worry about seeming like a cheapskate for enquiring as to the cheapest rum, but Turtle Bay is being extra generous with it’s happy hour.

Turtle Bay cocktails, which include the lethal-sounding Tobago Tea (consisting of rum, tequila, vodka, gin, triple sec, blackberry and banana liquor, grenadine and pineapple.phew!) are available on a 241 basis from 11.30am-7pm and then again from 10pm until late. Every. Single. Day.