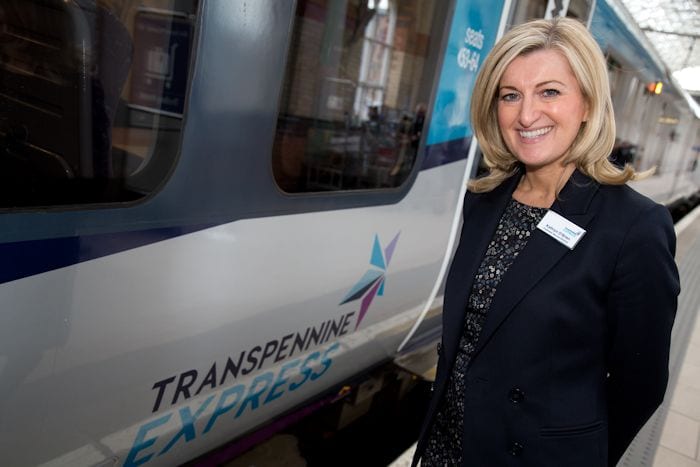 Rail journey times between Manchester Victoria and Liverpool Lime Street are set to be slashed from 52 minutes to just 35 when new timetables are introduced at the weekend.

The upgraded mile-per-minute service headlines a raft of improvements announced by the north’s inter-city train operator First TransPennine Express on the key coast-to-coast rail route through Manchester and Leeds from Liverpool to Newcastle, Hull, and Scarborough.

Improved rail links between Manchester, Liverpool and Leeds are seen as one of the critical elements in driving forward the Northern Powerhouse initiative.

The service improvements come in the wake of TPE’s recent announcement that it will deliver an investment of over £500million in the next two years that will transform travel and customer experience across the north and into Scotland.

Between 2018 and 2020, the operator will introduce 44 high tech new trains and 220 state of the art carriages that will provide new routes and services and will increase capacity by over 80 per cent on a seven-day-a-week timetable.

That 19 of the new trains will be “bi-modal” – capable of seamlessly switching between diesel and electric traction in motion – will to some extent temper the widespread disappointment following Transport Secretary Chris Grayling’s decision last September to “pause” electrification of the north’s east-west lines.

He explained at the time that the “bi-modal” trains – a new technology that didn’t exist when electrification was proposed – were a viable alternative and pledged £5million to help develop digital signalling as part of the upgrade to the trans-Pennine route which would allow more trains to use the track.

Other changes include two fast TPE services every hour between Newcastle and Manchester calling at York, Leeds and Huddersfield with the majority also calling at Durham.

TPE will begin operating six trains an hour across the Pennines between Leeds, Huddersfield and Manchester, two of which will begin calling at intermediate stations previously served by Northern Rail, providing these communities with direct connections to Leeds and faster journeys to Manchester.

In addition, new hourly evening services between Hull and Manchester will be introduced along with more services on Sundays from Middlesbrough and Hull and earlier/later trains on weekdays from Scarborough and Middlesbrough.

A TPE spokesman said: “Rail customers across the north and into Scotland are set to benefit from improved connectivity and more choice as part of a transformational timetable change by TransPennine Express – making it even easier to travel to work or plan a day out with friends or family.

“Customers are being asked to plan ahead and check before they travel as there may be significant changes to their journey.”