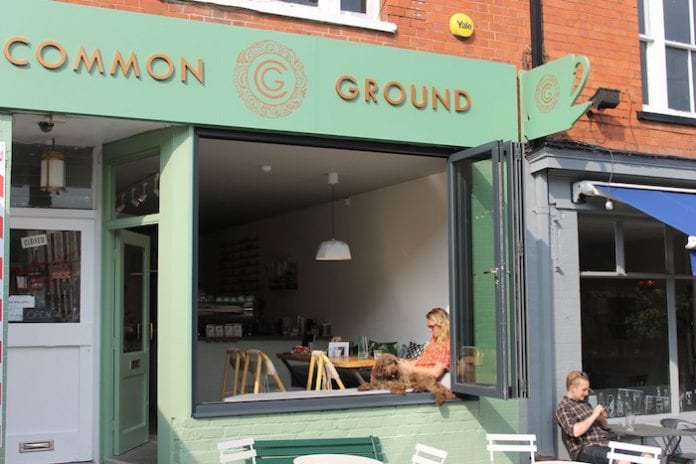 When you’ve travelled the world, competed at the highest level in your chosen sport and brought home a medal or two, what do you do when you give it up and retire?

Common Ground has opened its bifold doors opposite the market hall to offer great coffee to the people of Altrincham. I popped in for a chat with Fran to ask her how it all came about.

“I moved up to the area just after the Olympics and we’d bump into each other at the market and around Altrincham. We’ve always liked good coffee – cyclists are mad keen on their coffee – and as a swimmer when you were on your down time, you’d just hang around in coffee shops because you can’t really get boozy while you’re in training. So coffee was sort of our social thing.

“One day Jess said, ‘Fran, there’s a unit up across the way available and I’d love to speak to you guys because I really want to do something with it’, and that was it, I was in. Just head first, straight in. 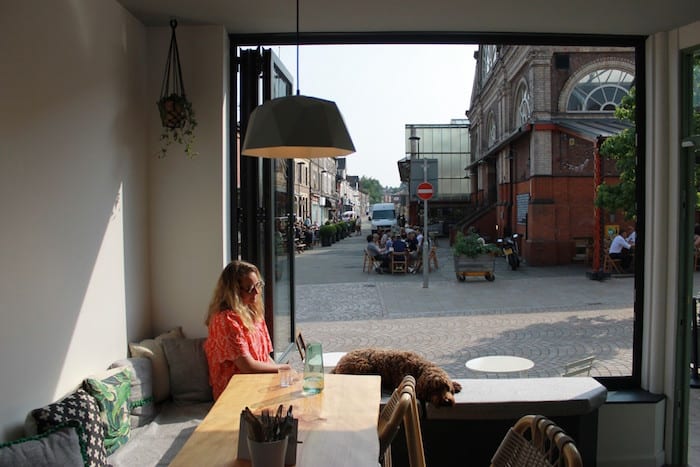 “We had a meeting about it, came up with the name Common Ground because we’ve got common ground in sport and in coffee, so that came really naturally, and it snowballed from there.”

Of the three, Liam is the only athlete still competing but you’ll often find him serving coffee as he is apparently a dab hand with an espresso.

“We were very hands on. We knocked down a wall – that was fun. The only time we weren’t on site was when we slept.  We’ve never done anything like it before and there were a few challenges. Things I’d never thought about. There’s a lot more to it than just getting a coffee machine and some beans.

“We’ve never had ‘proper jobs’ – we’ve always been athletes – so we need to learn the business, learn how it runs, so we’ve rota’d ourselves on shift, working the till, serving coffee, pot washing.” 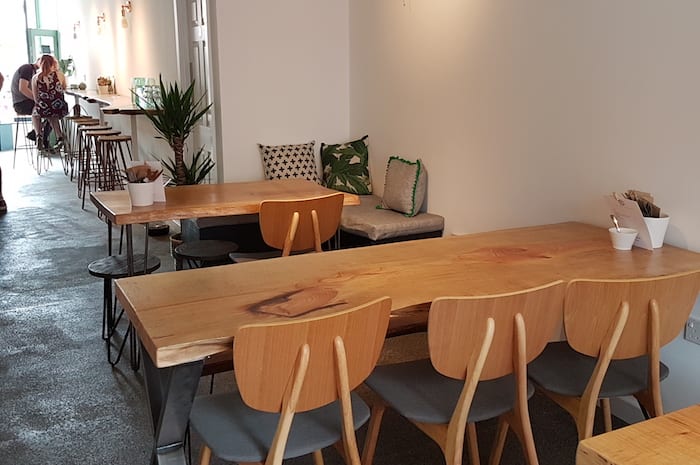 The space is a mix of muted greys and soft pastels with bright colours and soothing spaces. It’s inspired by their travels across the world and has an intriguing mix of Scandi and Balinese influences. The open space also makes it very dog friendly, as verified by the gorgeous Dachschund tottering around our feet as we chatted outside.

But it’s the bifold doors that really open the venue to the outside. Perfect for summer days, there are doors at both the front and rear of the venue so, although it’s a cliche, they bring the outside in and you really can watch the world go by.

“My dad makes aluminium bifold doors, so the idea that you could have a seat in the front and look out over Altrincham and the market hall was in the plans from the beginning, before I’d even asked my dad if we could have some doors. We were pulling in family favours from all over. The wooden tables are courtesy of one of Jess’s friends who is a tree surgeon.” 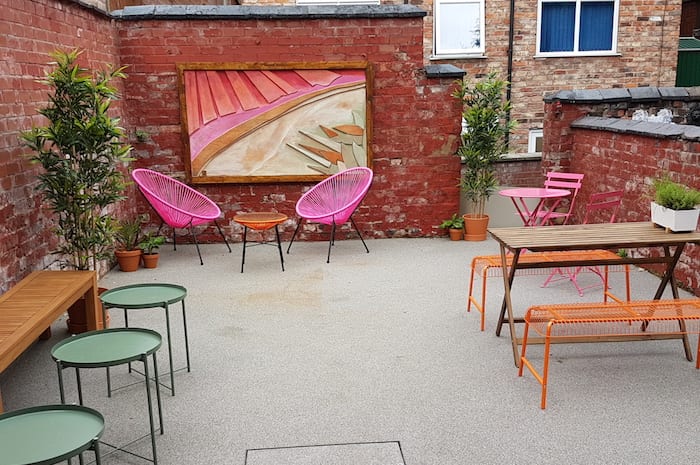 Along with the coffee, you’ll find some very healthy and some more indulgent treats on the counter, including delicious pastries from Trove, though I must recommend the raw ‘Bounty’ bars. A new kitchen has been installed on site and there’ll soon be serving hot food too.

“Altrincham is amazing for food and drink and everybody’s so friendly. There’s a proper community atmosphere which we love. This location, this building, it was a no-brainer. There are fabulous restaurants, fabulous food, the market is incredible. So we think it fits in really nicely. ”

And you know what? I might just have to agree with her.