A tip from our resident Spancunian, Beatriz Santos... 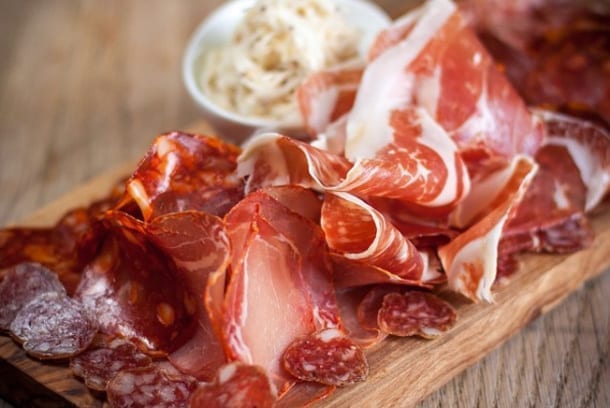 You may or may not have noticed, but the Spanish influence in Manchester has been increasing steadily in recent years. There’s a sizeable Spanish expat community in town, and not just at our football clubs. So why not get down to Albert Square for Festejar, a four day celebration of Spanish music, food and culture. But don’t count on any Spanish weather arriving any time soon. If you want to enjoy the best of Spanish cuisine throughout the year, why not take a tip from our resident Spancunian, Beatriz Santos. These are her top 10 restaurants and dishes in Manchester. Vamos! 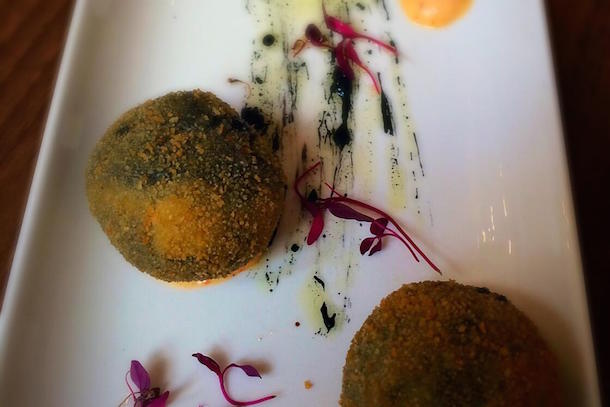 With its red and yellow decor in the colours of the Spanish flag (bandera) and its comfortable sofas, this place will make you want to hang around for the “sobremesa” – the chat-after-lunch. One of its star plates is squid in its ink croquettes (croquetas de chipirón en su tinta). Extremely moist and covered with thin homemade breadcrumbs, these croquettes are a must for every Spaniard in town (and not just for footballers!) But please be advised. You may as well order two plates to start. It will save you the trouble of reordering later. 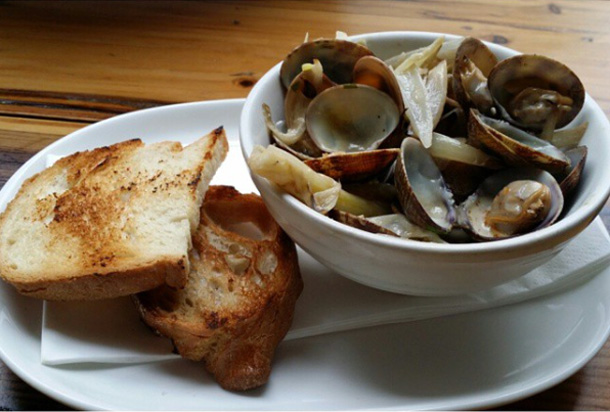 Seafood made affordable for all without losing its quality. That’s Evuna in a nutshell or rather clam shell. Get a fino wine and order some clams in white wine sauce and let your palate travel directly to southern Spain. 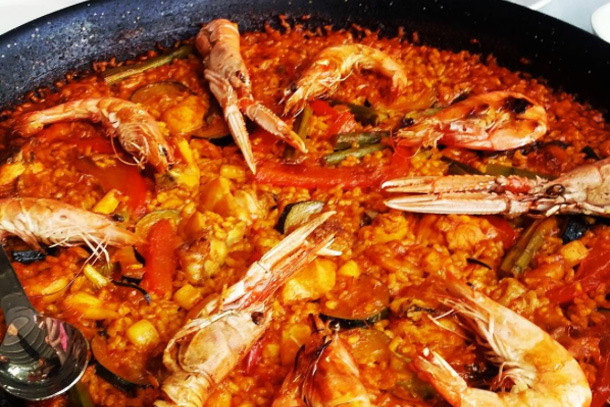 Luxurious high end restaurant with a triple Michelin star-winning head chef which opened its doors recently in Spinningfields. But sorry Mancunians, real paella is cooked without chorizo. Nevertheless, if you want to enjoy it in the heart of Manchester, Ibérica offers four kinds (including a veggie option) which range in price from £9 – £15. 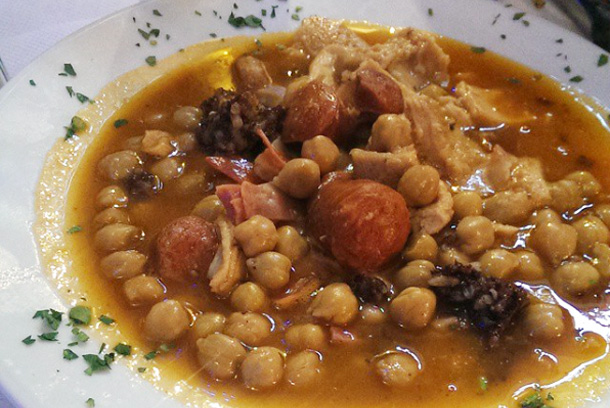 One of the oldest Spanish restaurants in Manchester, better known as “El Rincón,” this place takes you back to Spain as soon as you go in and see the tile-covered walls. Whether or not you like haggis, try the callos – a sticky casserole of veal tripe and cheeks, typical of Madrid. It may sound strange, but it’s delicious! 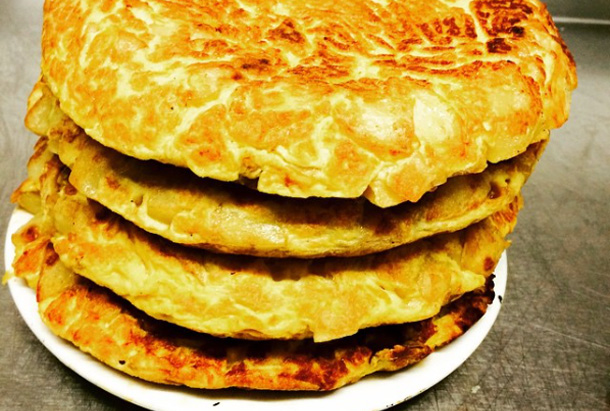 Don’t be fooled by the Nicaraguan name and flags. Sandinista are experts in Spanish food. If you want to try the best tortilla de patata in Manchester, don’t miss this place. It’s £3.50 a piece and served with alioli. 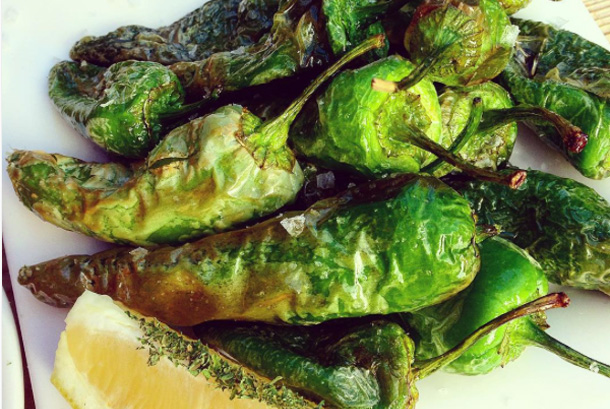 If you like spicy food, head to this tiny, charming restaurant in Chorlton and order padrón peppers. Then play the popular Spanish game of culinary roulette, because “some are hot and some are not,” as they say in Spain. You may or may not be impressed by the bull fighting posters and pictures of flamenco singers on the walls, but don’t miss this place it when it’s sunny. Its small terrace is one of the best places to eat and sunbathe at the same time. Just like in Spain! 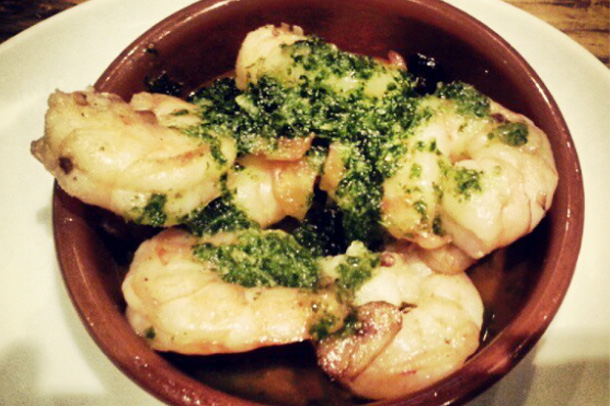 You may think an English bar with an English name in the heart of the Gay Village an odd choice for a list of top Spanish restaurants, but The Molly House has a Spanish chef who cooks tapas for lunch and dinner. One of the main dishes is king prawns cooked with garlic and it’s mouth watering. And with two floors, it’s the perfect place to enjoy a quiet lunch. 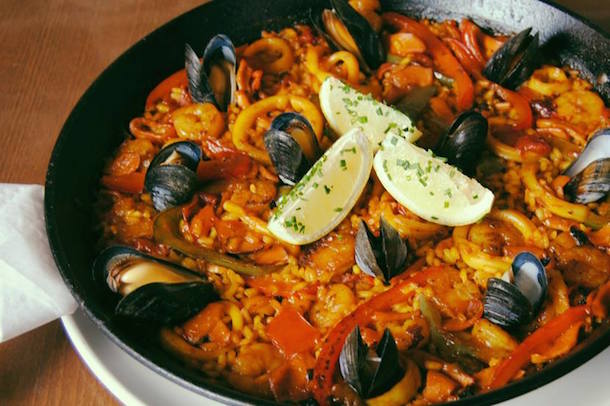 Award winning deli serving the usual Spanish cuisine who are also experts in Catalan dishes and offer a deli option for those who don´t like to eat sandwiches every day at work. Every region in Spain has its own way to cook migas. You may have not tasted them when you were on holiday, so why don’t you give it a go? Basically, it’s chorizo, morcilla (black pudding) and pancetta (bacon) sautéed with breadcrumbs, onion and garlic and topped with a poached egg. But they only serve it for breakfast! The nearest one at the moment is in Liverpool, but there’s one opening in the Barton Arcade soon. 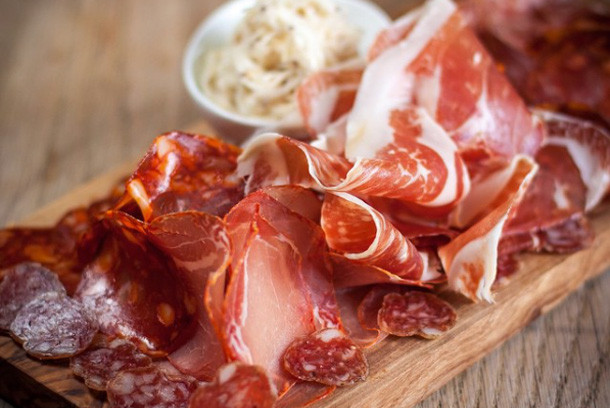 Award-winning restaurant coming soon to Manchester. If you’ve already been to the Ripponden restaurant , you’ll know how good it is. A great selection of ibéricos- lomo, fuet de Vic, salchichón, jamón Serrano and chorizo de León. Why not try them all (but get some bread on the side!) Chef patron and founder Simon Shaw may be English, but when it comes to Spanish cuisine, he’s one of the best chefs in the country. 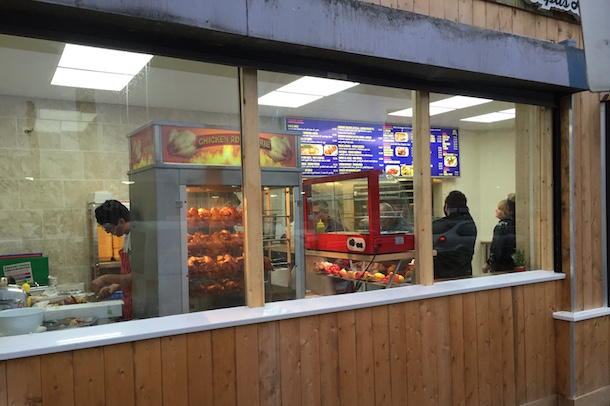 If you want to eat at home but don’t fancy cooking, try this takeaway. It only opened a couple of weeks ago, but it has already become popular with the Spanish community. Go there on a Sunday and you will see them ordering a roasted chicken (pollo asado) with chips. Choose either peri-peri or lemon and herbs.