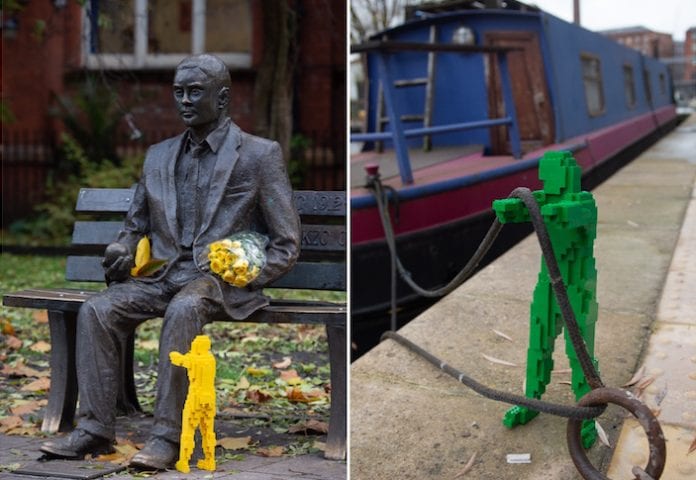 A tiny LEGO sculpture has been spotted giving hugs around Manchester – and we can’t get over the cuteness.

Described by his creator as “street art in bricks”, the miniature sculpture has been busy getting the hugs in at some of Manchester’s most iconic spots.

The Hugman is due to appear in the all-LEGO art exhibition The Art of the Brick, opening on Friday.

Manchester’s famous street photography collective The Mancorialist have been taking him out and about and getting him acquainted with the city.

He stopped by Sackville Gardens to show some love to Alan Turing, had a tinker on the keys outside Deansgate music shop Forsyth and even tried to commandeer a narrowboat up the canals.

And of course, like any good tourist, he hopped onto the Metrolink to visit Old Traford and The Etihad.

The exhibition comes from artist Nathan Sawaya, who will be showcasing just under 100 pieces of art created using over a million LEGO bricks.

“Hugman likes to give hugs,” says Nathan. “He hugs sign poles. He hugs park benches. He hugs bike racks. He hugs fence posts. He hugs almost anything he can fit his arms around.”

Follow more of The Hugman’s adventures in Manchester over on The Art of the
Brick’s Instagram page @artofthebrickmcr.

The Art of the Brick is at Unit 5 Great Northern Warehouse from Friday 22nd November – 20th April 2020. 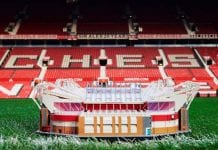 Man United fans will soon be able to build a LEGO® model of the Theatre of Dream... 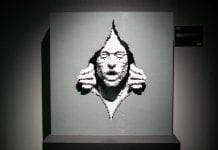 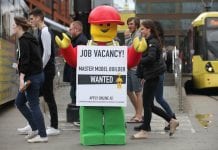 Have you got what it takes to become Master Builder at Legoland Discovery Centre...